On 31 January the director of the National Book Chamber of Belarus claimed that the Belarusian publishers printed eight times more books in Russian than in Belarusian in 2013. This data illustrates well the position that Russian culture occupies... 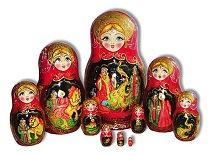 On 31 January the director of the National Book Chamber of Belarus claimed that the Belarusian publishers printed eight times more books in Russian than in Belarusian in 2013. This data illustrates well the position that Russian culture occupies in Belarus.

The Russian language dominates the cultural and media space. Belarusians prefer to surf Russian websites like mail.ru and to watch Russian TV series like The Real Guys more than their Belarusian or Western equivalents.

Russian cultures' dominance hampers Belarusian nation-building, a process that further inhibits the nation's democratisation. To promote the development of Belarusian society the West could support Belarusian culture, media, and scholarship more than it does at present.

Success of Russian Culture in Belarus

In 2013 Belarusian publishers printed 31 million books, with the share of books in Belarusian constituting about 10%. Over the same period, books printed in Russian-language accounted for the absolute majority of books in the country with 82.5% of the total market.

Russian culture in Belarus remains more popular than Belarusian. The weak financial state of the Belarusian show-business only makes the situation worse. Belarus simply does not have enough money to produce a substantial enough level of popular culture entertainment, so Russian movies and TV series remain popular among Belarusians.

Most popular TV series in the Hrodna region according to the search on yandex.by in October 2013.

The Belarusian music industry has a keen sense of its inferiority alongside its Russian neighbours. Many artists dream to find a producer in Moscow and become popular in Russia.

Max Korzh, a Belarusian artist, who use to rap in Belarusian, then began to start to perform in Russian — and as a result, soon became much more popular. His concerts bring together many people from Belarus, Russia and other countries of the former Soviet Union. The famous Belarusian band Lyapis Trubeckoy is soon releasing its new album entitled "Matrioshka", a cultural item usually associated with Russia.

Russian-language print media dominates Belarus' print and online media. According to Gemius, a research agency, only two Belarusian sites are in the top ten most popular Internet sites in Belarus.

The most popular Internet pages in Belarus

Belarusian Russian-language media should not be viewed as agents of the Kremlin. For example, Tut.by maintains its own independent perspectives and positions on a number of issues. They chose to use Russian due to market demand and not because they have a particular desire to do so.

While it may seem to be a logical exercise to rate Belarusian newspapers, creating a similar rating for newspapers does not make sense, as the Belarusian authorities force public enterprises to subscribe to them. As a result, many newspapers are either laying on desktops gathering dust or are immediately consigned to the rubbish bin.

Belarusians watch Russian television more than Belarusian, as Russian television offers programmes that have superior production and are much more interesting to a Belarusian audience. Russian television, though, remains highly dependent on the Kremlin and has long been a tool of Russian foreign policy. On the eve of the presidential election in 2010 Russian NTV aired a series of documentaries entitled (in English) The Godfather, which openly portrayed the cruelty of Lukashenka`s regime with a bit of propagandistic bombast.

Belarusians do not trust their own domestic public media, yet still have faith in Russia's own offering. As a result, Belarusians often share a Russian propagandistic point of view on the events such as Euromaidan in Ukraine or the Russian invasion of Georgia.

Living in a Russian World

Belarusians' addiction to Russian culture and media is in large part responsible for the nation's political dependence on Russia and the geopolitical situation in Belarus. According to Agata Wierzbowska-Miazga of the Centre for Eastern Studies in Poland, Belarus is the only country in the Commonwealth of the Independent States which has no office for "Russian World" – a cultural outreach centre that promotes Russian culture. It seems that the Kremlin sees Belarus as almost entirely culturally dependent on Russia and therefore the authorities in Moscow see no point in opening an office in Belarus, a territory that is more or less considered to be a part of Russia to them.

It is also no secret that Russian and Soviet historians have been working against their Belarusian counterparts.  Given the sheer size and volume of their output, it should not be much a surprise that they are winning.  Even the names of Belarusian streets often carry Russian names, and statues of Lenin still stand stall in nearly every city in Belarus. At present, around 65 monuments to Lenin remain in Belarus.

It remains cheaper for Belarusians to buy items of Russian issue than to produce their own. To put it in other terms, Russian culture is more attractive to a vast majority of Belarusians, and its media can offer news with a more professional appearance at a quicker pace in comparison to their would-be Belarusian counterparts.

Many Belarusians, Russians and Westerners look at Belarus through Russia`s glasses, a fact that only deepens the crisis of the young nation. The democratisation of Belarus does not always necessarily mean a political struggle and should be approached differently.

The process of democratisation in Belarus means much more than developing a political consciousness among its citizenry . In many ways it is also a question of civilising the country. In order to better contribute to the promotion of democracy in Belarus, the West can support more cultural events like Language or Coffee (Mova ci kava) or educational projects aimed not only at pro-democratic Belarusians, but all segments of society.

The West can do a great deal to help Belarusians to rebuild their own world. 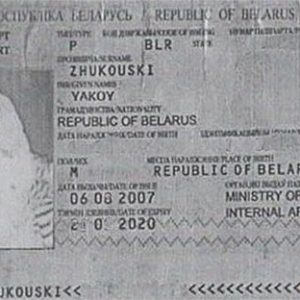 The U.S. presidential administration is looking into a possible security breach to its recently launched healthcare website, with the issue being linked back to Belarus. New allegations have surfaced that European donor aid is financing Belarus’ border police, again raising eyebrows in the United Kingdom.

Journalists from Finland may not attend the World Ice Hockey Tournament if not allowed to cover topics other than the games. Uralkali and the Belarusian Potash Company are in talks to rebuild their relationship, though both sides are very cautious.

Two contestants for the 2014 Eurovision contest are petitioning to have the jury’s choice overturned as they feel it did not represent Belarus’ actual choice. A pet parrot is registered as a candidate for a local council with a doctored passport as a sign of protest against the political landscape in Belarus.

All this and more in this edition of the Western Press Digest.

New U.S. Healthcare Website Compromised by Belarus – The new website for the U.S. Affordable Care Act, more commonly known as Obamacare, may have a loophole in its programming that could make it vulnerable to cyber attacks from Belarus. U.S. intelligence recently found out about the potential risk and promptly reported it to the American authorities. Intelligence officials are worried that the websites’ user information could be re-routed to Belarus for other purposes.

What is perhaps more worrisome, the media says, is that the software is used by nearly every hospital and health insurance company in the U.S. Intelligence officials first learned of the potential issue after the director of the High-Technology Park in Minsk, Valery Tsepkalo, revealed that the U.S. was a client of theirs.

According to an anonymous source within Uralkali, Bloomberg revealed that the Russian potash producer is looking to increase their shares in the financially frail BPC Russian-Belarusian joint stock company. Additionally, they will also demand that the partnership be registered outside of Belarus, likely to ensure that profits and the company itself are not subject to the control of Belarusian authorities.

New Investigation over EU Aid to Belarus’ “Dictatorial Regime” – The Telegraph is reporting that the United Kingdom’s Development Secretary Justine Greening has refused to state that British taxpayer money, in the form of aid, was not being used by the Belarusian government to keep dissidents and political opponents from leaving the country. The controversy has once again arisen after reports in 2013 by a U.K. MP said that British aid, through the EU’s foreign aid programme, had donated millions of dollars worth of equipment to Belarus’ border control police force.

Andrej Sannikaŭ, leader of the civic campaign European Belarus, stated that he had been detained and harassed by border officials who had used equipment with EU logos on them. The European Commission had not received a formal statement or complaint from Sannikaŭ, a well-regarded former foreign minister, and had decided not to investigate his claims based on his statement to The Telegraph. However, a European Commission spokesperson stated that it had spoken to Belarusian officials and, “found no evidence of current misuse.”

Government-Sponsored Film About 2010 Presidential Elections Starts Production – A film about the controversial events surrounding the 2010 presidential elections, sponsored by the Ministry of Culture of the Republic of Belarus, has begun to be produced Belarus. The film, entitled “Abel”, is reportedly about the story of two brothers caught on different sides of the conflict. Radio Free Europe / Radio Liberty noted that several presidential candidates running against Aleksandr Lukashenko, alongside hundreds of activists, were imprisoned in the aftermath of the contested election results.

The musicians believe that Teo was unfairly selected by the jury, a jury who, in their view, did not listen to the thousands of Belarusians who voted for them. It is also noted that this would not be the first time that an official selection had been overturned by the nation’s ruler himself. In 2011, after accusations of a rigged vote and fraud, Lukashenka invalidated the first vote and a new entry was made.

Local Parrot to Registered to Run as Candidate in Local Elections – A Belarusian man has decided to have his pet parrot run in a local council elections, the BBC reports. Kanstantsin Zhukouski decided to run his pet parrot as a sign of protest against the “futility of Belarusian politics”, though shortly thereafter withdrew the bid for candidacy of his beloved pet bird, fearing potential repercussions. In an interview he gave after withdrawing his pet’s candidacy, his tongue-in-cheek rationale for his withdrawing his parrot was because the position of a regional councillor, “isn’t very prestigious.”

Reporters from Helsinki May Not Attend Ice Hockey World Championship – Two Finnish publications are considering not sending their own journalists to cover the International Ice Hockey Federation’s 2014 Ice Hockey World Championship due to a requirement that all journalists coming to Belarus will have to apply for a special visa from the Belarusian foreign ministry if they plan on reporting on anything besides the games. The publications stated that if permission to cover other topics than the games are granted, they would still go.