How to Prevent Africanization of Foreign Aid to Belarus 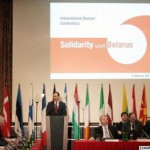 As the Belarus civil society receives pledges of financial support from international community, the issue of how to...

As the Belarus civil society receives pledges of financial support from international community, the issue of how to make this aid effective is moving up on the agenda list.

Last week Belarusian civil society secured pledges of $120 million from 36 donor states at a fundraising conference in Warsaw. The United States raised its annual aid contribution from $11m to $15m. The European Commission plans to quadruple its aid to $21.5m. Poland said it would double its support to $14m. It is one thing to obtain the money, it another thing to ensure that the money is spent efficiently and minimize abuses.

Many countries in Africa receive billions in foreign aid but people and civil activists see no sign of those funds and continue to live in poverty. The absence of rule of law and transparency in those countries is the main cause of corruption and abuses. Even in a developed democracy such as the United Kingdom corruption scandals take place on a regular basis. Recently, a number of members of the British Parliament had been sanctioned for their submission of false invoices to fraudulently claim expenses from the budget. Media and law enforcement agencies had to intervene to stop these practices.

It is important to avoid “africanization” of Belarusian aid. Belarus is more similar to many African countries than to Britain because of its sultanistic political regime. However, Belarus is different from African countries in another important respect. It is surrounded by three European Union countries and a large portion of Western aid goes to Belarus-related institutions in those countries. It is important to distinguish between two recipients of foreign aid – those operating in the European Union and those based in Belarus. Approaches to controlling efficiency of monetary expenditures should be different for these two situations.

Recipients in the European Union

It appears that the largest recipients of Belarus foreign aid in the European Union are the European Humanities University (EHU), Belsat, and the European Radio for Belarus. Monitoring efficiency in such institutions is relatively straightforward because they are located in democratic countries. They should publish regular reports showing how they spend donors’ money and the effect of their activities on Belarus. For media projects, the effect can be measured by the growing number of their audience. It is important to make sure that the media do not preach only to those who are already converted but also reach out to the apolitical majority of Belarusians.

For educational projects such as the EHU, the measure of efficiency should be similar to benchmarks used foe any other European universities. The only caveat is that the main target of their efforts should be Belarus. Success can be measured by the number of publications of their teaching stuff, the number of students from Belarus and their career choices following graduation and several years thereafter. Monitoring whether the students return to Belarus or remain engaged in working on Belarus-related topics is crucial. As with other universities, information about publications of teaching staff, student and scholarly projects should be available on Internet.

It is also important that decision-making and hiring policies of the EU-based institutions are transparent. They have a dual role – first, helping Belarus civil society and, second, to bringing up a new generation of Belarusian journalists, scholars and administrators.

Belarus authorities made it nearly impossible for Belarus civil society to obtain financial aid through legal channels. Therefore, ensuring transparency in Belarus is more difficult. At the very least the donors should focus on several key directions – media, civil society activists, and helping the repressed and try not to duplicate their efforts.

Democratic activists in Belarusian small towns are particularly vulnerable. Once they are dismissed from their jobs it is virtually impossible for them to find another source of income. Because they do not speak foreign languages and do not benefit from networking opportunities abroad, they deserve special attention of donors. Perhaps inviting those people to work on a temporary basis aboard, even to do less-qualified jobs, could significantly help them.

It is important to limit wasting money on the so-called political tourism. This happens when democratic activists endlessly go to conferences and seminars abroad. The costs of taking part in such activities can be very significant and the benefits are questionable. For instance, the money spent on a short trip of one opposition activist to the United States would be enough for a provincial opposition activist to cover living expenses of an activist thrown out of job for half a year.

In any event, donors should make sure that there accountability mechanisms are in place. The reporting rules, however, should be adjusted to the realities of working under the most repressive regime in Europe.

It is unrealistic to expect that Western diplomats will micromanage financial aid to Belarus civil society. Major donors may not also fully understand the situation in Belarus. A better solution could be setting up an advisory board composed of prominent Belarus experts and representatives of Belarus diaspora. This board should be independent both from the recipients of foreign aid and from the donors. Ideally, most of these people should also be nationals of countries other than Belarus. This would make them less vulnerable to pressure from the Belarus regime.

This body could formulate recommendations, resolve conflicts of interests and black list the abusers. They could also help with the alignment of foreign aid with the main priorities such as ensuring that Belarus population has access to uncensored information.

Of course, exposing cases of corruption among opposition will inflict reputation damage not only to the abusers but also to the Belarus civil society in general. Belarus official propaganda will undoubtedly widely publicize these instances in the state-controlled press. But perhaps this sacrifice is worth making to make sure that most of the foreign aid reaches its target. 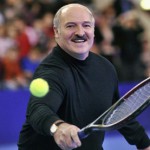 President Alyaksandr Lukashenka has an uncanny sense of balance. Elections and gas disputes occasionally threaten his equilibrium with a push to the West or East. But like the best Tai Chi practitioners, Lukashenka has learned that pressure to one side or the other already contains the forces needed to upright himself.

In this sense he has perfected the art of the weak nation stuck between more powerful actors. It also means that decisions in the West or East do not ever really change Belarusian policy; for example, decisions like whether or not to impose sanctions just determine how long the balancing process takes to reach equilibrium again. The latest case demonstrates just how much Lukashenka has perfected this process: his actions between the disputed December election and the EU Council of Ministers’ response on Jan. 31 ensured that only a slight nudge was in order this time.

The dialectic in the Minsk-Moscow relationship is Lukashenka’s hope that Russia will provide material support while forgoing dominance in the economy and foreign policy of its smaller neighbor. Unsurprisingly, the relationship is marked by tension. Lukashenka has refused to recognize the independence of South Ossetia and Abkhazia. He allowed the deposed president of Kyrgyzstan (an enemy of the Russians for refusing to evict an American air base) to settle in his country. During the ‘gas war’ in June 2010, Lukashenka even threatened the possibility of Russia ‘losing’ Belarus. Russian President Dmitri Medvedev has accused Lukashenka of acting outside the rules of decency; he had used similar language in a letter that severed relations with former Ukrainian President Victor Yushchenko. The Russian media has likened Lukashenka to both Hitler and Stalin.

To prevent his country from leaning too much in the Russian direction, Lukashenka has scoured the globe for other partners. Belarus has signed an agreement with China worth $3.5 billion in credits. Minsk has even tried to reverse Soviet era pipelines to import Venezuelan oil through the Baltic states and Azerbaijani oil through the Ukraine to be processed in Belarus and then and sent to Europe. Unsurprisingly, Russian companies have done their best to frustrate such maneuvers. Ironically, the recently imposed American economic sanctions affect the company, BelNaftakhim, that has been on the frontlines in the fight to prevent Russian from sabotaging its plans to import oil through Latvia.

China and Venezuela are far away, however, and Minsk knows that it can gain most of its balancing strength through Brussels. The Europeans, especially the Poles and Baltic states, are more than happy to help ease Russia’s geopolitical pressure on one of its neighbors. Yet the EU is in an awkward situation. ‘Colored revolutions’ are often seen as an important step in curtailing Russia’s sphere of influence, but that goal loses some of its saliency when the dictator is already willing to make some of the right noises with regards to its relationship with Moscow. Despite democratic setbacks, Europe already has an incentive not to push Belarus back into the arms of Russia. Lukashenka can furthermore ease this process by making meaningless democratic concessions that allow the Europeans to maintain a relationship with Belarus while keeping a straight face.

Even if Belarus was pushed into the arms of Russia, the situation would rapidly change for several reasons. First, Lukashenka would remember how much he dislikes Russian chauvinism. Second, the West would recognize that its policies were likely not leading to any benefits. Third, over time the memory of the most recent crackdown on democratic rights would slowly fade.

These principles can clearly be seen in the most recent episode. After the election, the
Belarussian Foreign Minister quickly made a tour of the European capitals to explain the necessity of the crackdown. A few days before the EU Council of Ministers was scheduled to vote on how to punish Belarus for the arrests, Lukashenka transferred several political prisoners from prison to house arrest. Even here the Belarussian president’s cleverness was on display: the most famous of those released was Uladzimir Nekliaeu, a man who had recently been charged as the candidate supported by Moscow.

Meanwhile, Belarussian diplomats in Berlin explicitly hinted that strong sanctions would push Minsk back into the arms of Russia. Partly to strengthen that sense, and likely also because of a genuine feeling of weakness, Belarus agreed with Moscow in January to an oil and nuclear deal that most experts see as against Minsk’s interests. To spread the blame, both Russia and the West were accused of engineering the street demonstrations against the regime.

Unsurprisingly, the European and American response finally announced on January 31st was tepid. Officials were slapped with travel bans and asset freezes; a few days previously Lukashenka mocked such a step, noting that he had faced a travel ban before and survived. The punishment did not even include the economic punishment suggested in a previous non-binding declaration passed by the European Parliament. Washington only went slightly father than Brussels and revoked licenses needed to do business with two subsidiaries of BelNaftakhim.

Minsk’s relations with the West have certainly been damaged. Russia will likely get some
concessions from Belarus in the short term. Belarus may be more cooperative with regards to the Customs Union, and the most extreme step Lukashenka could take, the recognition of the separatist enclaves in Georgia, would mean a much stronger step into the Russian orbit than usual. Even so, given the ‘reset’ in relations with Russia, this would not cause many alarm bells in western capitals. Lukashenka’s crackdown pushed him in one direction; it will not be long before business as usual again.

Joseph Torigian is a PhD researcher in the Security Studies Program at MIT in Cambridge, MA