Belarus-Russia relations Belarusian language Belarusian military travel to Belarus
Why Support Belarus Digest? Donate
BelarusDigest > All > If you are Broke and you Know it Clap your Hands

If you are Broke and you Know it Clap your Hands

Two months of spiraling inflation have achieved what years of the KGB heavy-handedness could not. Few Belarusians stood up to protest the imprisonment of the opposition, the repression of the media, or the violation of gay rights, but now... 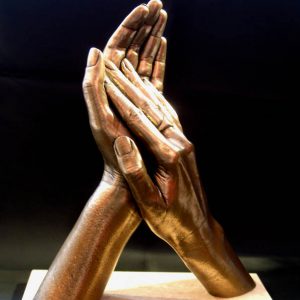 Two months of spiraling inflation have achieved what years of the KGB heavy-handedness could not. Few Belarusians stood up to protest the imprisonment of the opposition, the repression of the media, or the violation of gay rights, but now they are coming into the streets to protest the soaring prices and the absence of foreign currency.

In June, a series of silent Internet-organized rallies rippled across Belarus. The first protest gathered only about 30 people, the next had ten times more; 500 people joined the protest in Minsk this Wednesday and the discontent is spreading to other Belarusian cities. The protesters carry no slogans and shout no mottoes, they simply clap their hands in unison.

In the light of the “Arab spring”, it is tempting to see the silent protests as a sign that the authoritarian rule in Belarus is coming to a end. However, the Internet and the economic crisis are unlikely to bring change to Belarus.

To begin with, the people may have come out even without the social networks.  At least before the recent crackdown by the authorities, applauding on the streets was a low-risk strategy as opposed to hanging out with the opposition leaders or carrying anti-Lukashenka placards, and protesting against high prices is different from decrying election fraud. At the end of the day, the involvement of the social networking sites may only prompt the authorities to step up their control of the Internet.

Soon there will be no low-risk protesting tactics available. Even though the protesters were silent, the authorities took no chances. Unabashed by the presence of Western journalists, the police steps in with clubs, drags people away, and photographs everyone present. The social networking sites organizing the protests were blocked, the names of all users written down, and the homes of the organizers were paid a KGB visit. Yesterday, thirty people were sentenced to detention and many more were fined. The protesters were arrested by the people in civilian clothes, making one unwittingly remember the Soviet-like suspicion for everyone and everything.

More importantly, the expectations that the timid activism prompted by economic insecurity will democratize Belarus are unwarranted. The discontent will peter out as soon as the economic situation improves, and the shaky economy is likely to strengthen the need for and the deference to the authoritarian leadership among the population.

First, it may be that the change will never come. Even though the crisis has undermined the legitimacy of the incumbent leadership, once the situation is stabilized Belarusians will be staying in their by then better-stocked kitchens with even more appreciation for the basic economic security. After all, some of those who are joining the protests today had supported the regime during the times of the economic growth achieved with the help of Russian subsidies and the delay of economic restructuring. To an extent, the long history of economic problems explains not only Belarusians’ current activism, but also their passivity in the face of political repressions in the past. Only having lived in comfort and prosperity for a few decades will Belarusians become concerned about political freedoms and liberties and  start seeing problems with the authoritarian rule.

Second, if the change does come, it may not be democratic. The crisis that has today roused the people against the authoritarian regime may also reduce the possibility of their demanding a more democratic government in the future. In fact, history shows that economic crises are just as likely to induce democratic breakdowns as they are to trigger democratic transitions. With the formerly diverse interests of the people amalgamated in the face of the severe crisis, a change may become possible, but its direction and the ultimate result will be determined by the structural factors in Belarus. To date, there is little evidence that the country is ready for a democratic regime. Thus, it is not surprising that a deep economic crisis has mobilized the people, but it would be a  big surprise if the current unrest nudged the country to a democratic future.

This weekend, Belarus will celebrate Independence Day. In a rare act of political generosity Minsk will allow the people to walk down the streets and clap their hands on July 3rd. As the deputy head of Minsk police Igor Yevseyev aptly said,  “If it is applause for our veterans or servicemen – then of course, it is allowed.” For the incumbent leadership the Day will be another opportunity to divert attention from reality with lavish firework displays and create an illusion of  mirth and carelessness. There will surely be circuses, and what concerns the bread — Belarus has seen far gloomier times.

IMF Loan as a Prepayment for Political Prisoners? 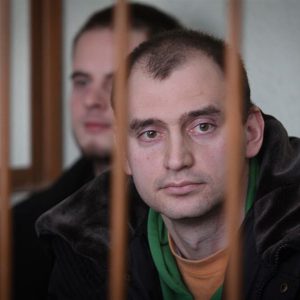 The Belarusian government and the National Bank of Belarus recently applied for a stabilization loan from  the International Monetary Fund. Prime-Minister Miasnikovich noted on 1 June 2011 that Belarus expected to receive USD 3.5 – 8 billion from the IMF. The Minister of Finance Andrei Kharkaviets stated the program had been scheduled for three years in general.

The Belarusian authorities cherish quite well-grounded hopes to get the IMF credit in the long run. They believe the USA and the EU may become concerned about Lukashenka’s moves towards Russia and support the independence of Belarus.  Some share this opinion.

According to an article in Financial Times published on 2 June 2011 "the Lukashenka regime will not last forever, and Western countries have a long-term interest in supporting Belarus’s freedom. An IMF programme, properly designed and implemented, would contribute to this goal.” The authorities like the idea of getting an IMF loan as a payment for independence of Belarus.

The West failed to convince Lukashenka that he will not receive any money without liberation of political prisoners.  Therefore, the Belarusian authorities do not demonstrate any positive changes in their attitude towards opponents. There are plenty of examples of that.

A political prisoner Mikita Likhavid, sentenced to three years of imprisonment, was placed to a lock-up on June 9, 2011. It was done for the third time since the trial. Previously, he had spent 10 and 15 days in the punishment cell. The Panel of Judges of Minsk Economic Court rejected an appeal, submitted by the Belarusian Popular Front Party leadership against a decision to deprive the political party of its rented premises. Not only the oppositional political parties, but also all Minsk-located civil initiatives will lose the opportunity of holding their events at a quite convenient venue in the city center of Minsk.

At the same time, Lukashenka does not rule out the possibility of facing certain political pre-conditions for getting the IMF credit funds. It is quite evident to him that the credit extention will firstly depend on the liberation of political prisoners in the country. “We don’t nourish any illusions at all. We’ve done twice as much as the IMF wanted us to do. We’ve done all that. I don’t rule out the presence of some political component there. Actually, I fear the US and the European Union may block these loans. Let them do this! We will survive. I may take a decision to abandon other credits in July as well. Therefore, we will thank them very much if they help. If they don’t, it will be only due to the political component,” Lukashenka said on June 17, 2011.

Lukashenka delivers contradictory statements quite often nowadays. Thus, on June 17, 2011, he said there was no crisis in Belarus. At the same time, he was talking about the anti-crisis measures which the Government was preparing.  Having analyzed Lukashenka’s statements, one may come to a conclusion that he hints at liberation of political prisoners on receipt of credit funds from the International Monetary Fund.

Lukashenka stated repeatedly he might liberate the political prisoners: “We won’t keep them in this prison. It is too expensive. It is too much honor for them to sully the jails. Decent people serve their time there.”  In Lukashenka’s opinion, if he meets the West halfway and releases the political prisoners, it will look like a manifestation of his weakness and as a concession to the pressure from the West. Therefore, among other, Lukashenka is eager to see the West meeting him halfway and giving him money first. “Help us, but don’t make humiliating terms! “Hey, release the political prisoners!” they say. We don’t have them. If there appears a clemency plea, I will consider it indeed. We aren’t bloodthirsty,” Lukashenka emphasized.

It is obvious that Lukashenka regime makes use of political prisoners for bargaining. He keeps to the ‘money first’ principle and suggests the West should make a prepayment.