Jean-Eric Holzapfel: “I hope that Belarus will join the EU one day”

Before returning to Brussels, he agreed to give an interview to Belarus Digest.... 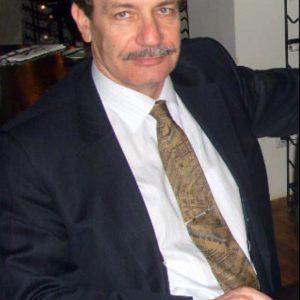 Before returning to Brussels, he agreed to give an interview to Belarus Digest. On 20 July we talked about his time in Belarus and the current situation in the country.

BD: What did you expect when coming to Belarus?

When I applied for the post, I wanted to discover this part of Europe. I had never lived here, and I wanted to be involved in developing EU-Belarus relations. I wanted to learn about the culture. In an ideal world, I would have liked to learn Belarusian as well, but for now I am happy I could study Russian during my time here.

BD: When did you start working here?

I started in June 2006. At that point, there was no Establishment Agreement between Belarus and the European Union to open a Delegation, so I had to work in Kyiv from the Delegation to Ukraine and commuted to Minsk very often.

BD: What was different in Belarus from what you had expected before your arrival?

When EU media report on Belarus, they cover mainly the political situation. When living in a country, one sees it in a different way and discovers many other aspects. For instance, in my view, Minsk as a city is a model of urban planning – it is very well organized. It is also original. In one of the tourist guidebooks, I read that Minsk is “Communism with Cappuccino”, and I think it is a cute description as it reflects the mixture of Soviet style and modern cafés, terraces and shops.

BD: How did Belarus change during the time you spent here?

Despite the present difficult state of EU-Belarus relations, people are working side by side and in fact develop strong and rich connections. Belarus' civil societies, its journalists, its people of culture are the forerunners of this tendency.

From the political point of view, I have to say that the evening of the elections and the aftermath of December 19th were shocking.  The clampdown on the protests and the subsequent developments ruptures the relations we had worked so hard to improve.

There were several stages in the relations between the EU and Belarus during my time here: in June 2006 when I started, the relations were difficult. After the energy crisis in the winter of 2006/2007 we were experiencing a rapprochement that led to the signature of the Establishment Agreement in 2008. The new policy of the so-called Window of opportunity that started in 2008 stopped abruptly after the elections in December 2010. Now we are back to where we were in 2006; the situations is even worse than it was back then because of the high number of political prisoners.

Culturally, the country is closer to the EU, especially thanks to modern communications and the internet. But there is the political stalemate. Belarus has common heritage with Europe; there are people-to-people contacts, which is normal and good. Unfortunately, there is this artificial political divide that does not correspond to the cultural reality.

BD: What are you going to miss about Belarus?

A lot: the work was most engaging and challenging. The contacts with Belarusians were rewarding. In general, the time was fulfilling for me. Although now I will go back to Brussels or work at another delegation, I will always have a connection with Belarus.

BD: Which measures should the Belarusian government take to combat against the current crisis?

The situation now is difficult; at time like this, it is important to rely on friends. The EU has extended a hand to Belarus, and we would like to be able to help more, but we cannot do so as long as there are political prisoners in Belarus.

BD: In your opinion, are the current protests and the so-called revolution through social networks going to lead to a change in the country?

The “revolution through social networks” can be seen as part of an evolution towards global communications which no power can block. But still, this will not solve everything. Social and economic environments are key factors. And the social situation is worrisome. An expert recalled recently, that while the average salary in Belarus was the equivalent of around 515 $ in December 2010, now it is around 260$.

BD: Looking back on your time in Belarus, what would you have done differently?

In my opinion, the EU policy on Belarus is correct. We have always referred to our values- as we have kept the window of opportunity open for Belarus. The EU uses soft power, and we act according to our convictions.

If Belarus could use the whole panoply of instruments within the EU Neighborhood Policy and Eastern Partnership, the country would have substantial backstopping for reform. And there could be a lot of direct foreign investment if the environment in the country was conducive to it.

I hope that Belarus will join the EU one day if such is the choice of the Belarusian people. 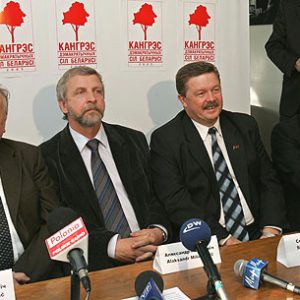 The Independent Institute for Social, Economic, and Political Studies conducted a sociological survey in Belarus last month. According to the research findings, 73.4% of respondents noted that their economic conditions had deteriorated during the previous three months. 23.2% of respondents stated that the standard of their well-being hadn’t changed. Only 1.6% of repondents noted that their economic conditions had improved. The similar indicators totaled 16%, 57.7%, and 24.9% correspondingly in December 2010 and amounted to 26.9%, 54.8%, and 17.2% correspondingly in March 2011.

The rating of confidence to Lukashenka decreased considerably (i.e., almost by 20 points) in comparison with December 2010. Thus, 53.8% of respondents stated they didn’t trust the President in June 2011. 35.7% of respondents noted they confided in Lukashenka. The similar indicators had amounted to 35.1% and 55% correspondingly in December 2010.

Lukashenka’s electoral rating has decreased by more than 20 points since recently. According to the Independent Institute for Social, Economic, and Political Studies, Lukashenka would be supported by 29.3% of voters, if the Presidential election took place in June 2011, to be compared to 53% of supporters in December 2010.

The majority of respondents (44.5%) put the whole blame for the foreign currency crisis on Lukashenka, 36.7% of respondents blame the government, and 27% condemn the global crisis.

The society responds to the statements about the main danger to the independence of Belarus, coming from Russia and the unfair policies of Russian authorities in relation to Belarus, delivered by Belarusian public officials. Thus, 47.8% of respondents noted they would vote against the unification of Belarus and Russia, if a corresponding referendum was conducted. 31.4% of eligible voters would back such a union at that. It should be underscored that the Belarusian people mainly regard the unification as an economic union. According to sociological surveys, no more than 5% of respondents only support the perspective of getting Belarus incorporated into the Russian Federation.

The opposition struggle to leave the democratic ghetto even under the present-day conditions of falling living standards. All in all, around 25% of voters support the oppositional politicians nowadays.

The opposition movement includes the politicians, who stand up for closer integration with Russia. Thus, Siarhei Kaliakin, the Head of “Spraviadlivy Sviet” (‘Fair World’) stated once that Belarus had to acknowledge independence of South Ossetia and Abkhazia and that Russia had a right to annex the Crimea, since he regarded the peninsula as the Russian territory.

The United Civil Party (UCP) representatives stand for the sales of Belarusian enterprises to Russian companies. Surpisingly, Uladzimir Niaklayeu articulated a similar motto during the Presidential election campaign: “We should sell everything to Russia that depends on Russia and that nobody else generally needs, apart from Russia.”

A range of other oppositional parties keep to the contrary position. Thus, the “Za Svabodu” movement stands up for integration of Belarus into the European Union. The Belarusian Popular Front Party supports integration of Belarus into the EU and NATO.  Just like the Belarusian Christian Democracy, they treat the sales of enterprises to the Russian businesses as a danger to independence of Belarus.

An independent Belarusian journalist Mikola Buhay noted as follows: “The authoritarian strategy of Belarus development has collapsed”. Hovewer, the split opposition cannot propose an alternative development strategy for Belarus at that.