In February 2011, at a conference on family planning a high-profile lecturer of the Belarusian Medical Academy Sviatlana Kunickaja said in the presence of many journalists that homosexuals are ill people and should be treated medically. Dealing with such...

In February 2011, at a conference on family planning a high-profile lecturer of the Belarusian Medical Academy Sviatlana Kunickaja said in the presence of many journalists that homosexuals are ill people and should be treated medically. Dealing with such statements within Belarusian medical, political or media state framework would be impossible. Kunickaja is a member of a commission of the Ministry of Education in charge of preparing an official agreement with the Orthodox Church. She has long history of religiously motivated work in the Medical Academy promoting “Christian morality” which had never been challenged. Also, the Belarusian Medical Academy remained silent when in 2009 another of its lecturers, Ihar Rybin, publicly said that “homosexuality makes people animals”.

This time, however, LGBT activists threatened to appeal to the Academy’s EU partners, calling on them to freeze their contacts with the Academy in view of repeated homophobic intolerance, disregard for fundamental human rights and non-scientific approaches to medical practice and teaching. Two weeks after the letter was published on gay websites, the head of the Medical Academy replied that the homophobic incidents had been discussed by the governing body of the Academy and that the views of the two named lecturers were not shared by the rest on the teachers of that institution. Kunickaja and Rybin were ordered not to make any offensive and non-scientific public statements contradicting the norms of medical ethics.

While same-sex relationships are not illegal in Belarus, homosexuality is only barely tolerated by a large part of Belarusian society and the Belarusian authorities in particular. There is no single law protecting sexual minorities from discrimination and violent homophobic behaviour is not regarded as a hate-based crime. In this social climate public figures, such as politicians, celebrities and high-profile doctors often make homophobic speeches and their views have rarely been challenged in any meaningful way. The LGBT (lesbian, gay, bisexual and transgender) community in Belarus is learning lessons of living in a country of declarative equality, while gradually exploiting imaginative ways of dealing with homophobic attitudes.
LGBT activists naturally gravitate toward the pro-democratic third sector, political opposition and independent media: the Belarusian state system throws to the margins anyone who cannot be controlled by that system. LGBT activists working for civil rights and equality challenge the state system even if that challenge is not their primary aim.

In addition, LGBT activists have found that they cannot automatically expect a warm welcome from everyone proclaiming their commitment to a freer, more democratic Belarus. On the “Black List” of the gay rights group GayBelarus one can find activists and leaders from the Christian Democrats and other right-wing parties, including their youth groups, who publicly – and often in offensive terms – oppose equal rights for gays.

Maintaining the “Black List” is only a more public sign of what is being done on other levels, including informing the European partners of Belarusian political parties and the donors to non-governmental organisations about the homophobic actions of leading members of these groups. At the same time, LGBT activists work on building connections with the rest of socially active part of the Belarusian landscape, including the national umbrella Assembly of Non-Governmental Organisations.

While legitimate ways of challenging homophobia from within Belarus remain limited, the LGBT community is looking for other options outside the country. The intention is to stop intolerance and homophobia in Belarus being funded by western donors. This may lead to a clash with governmental machinery: until now, the regime could ignore the challenging of opposition parties by LGBT activists; the latest story, however, threatened the Medical Academy – an important part of educational and medical system of the country.
News from last week adds new accents to the life of the LGBT community in Belarus, namely – the KGB’s attention to LGBT activists. Two members of the IDAHO Belarus, Varvara Krasuckaja and Raman Navojeu, were put under pressure – formally forbidden by the law – to become KGB informants. Krasuckaja was threatened with expulsion from the Belarusian State University and pressure was put on her relatives and her girlfriend. The KGB was interested in access to the plans of gay groups and personal information about gay activists.

Raman Navojeu, after giving an interview to BBC on the eve of the presidential elections, was made to re-sit his university exams during which he was invited to sign a contract with KGB. When he refused twice, he also was threatened with being expelled from the university and with being outed. Eventually, his parents received a phone call – allegedly from the KGB – disclosing Navojeu’s homosexuality. This was the first case of outing in Belarus which became a matter of public knowledge.

Belarusian gay activists are learning that despite their activities being peaceful and within framework of the law, they are perceived as a threat by the regime. Any activity not sanctioned and paid for by the governmental machinery is a foreign body to the system. For their refusal to co-operate, the KGB comes back with a revenge specifically reserved for gay people – outing. Paradoxically, this is likely to lead to a greater clarity for the LGBT community: staying in the closet is dangerous both for individuals and the organisations they are involved with. 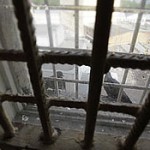 Mistreatment of political prisoners was the primary focus of non-governmental media in Belarus over the last week. Two former political prisoners of the Belarusian KGB fled Belarus following their release on condition that they would not leave the country. Ales Mikhalevich, a former presidential candidate, is currently in Prague seeking political asylum. Natalia Radzina, editor of the anti-government web site charter97.org, fled Belarus yesterday and is rumoured to be in the United Kingdom.

Ales Mikhalevich has already revealed details of the harsh treatment of detainees which may amount to torture. Following Mikhalevich’s lead other opposition activists started revealing details of beatings, sleep deprivation, and other methods of physical and psychological pressure used by security services. Mikalai Autukhovich sent a letter to the Belarusian service of Radio Liberty giving graphic details of abuses in Belarus prisons. He is still in custody.

Independent press has also discussed the harsh sentences dealt to those convicted for participation in the post-election protests in Belarus. Russian citizens were sentenced to fines while most of Belarusians against whom criminal charges were advanced were sentenced to several years in prison. According to independent news weekly Nasha Niva, there are two groups of detainees – those who decided to testify and those who did not wish to cooperate with the prosecution. The first group has been threatened with sentences up to 3 years and those in the second, if convicted, may spend up to 15 years in jail.

Independent media also reported that in the time following the elections, for more than three months, Belarusian authorities have continued to chase and even beat those who participated in post-election protests. Security services use data from mobile phone providers to locate those who were in the area of the protests that took place on 19 December 2011. It appears impractical to chase and question the more than 50 thousand protestors, though the primary aim of such tactics appears to be directed at discouraging people from protesting again.

Another topic, which has been prominently featured in the Belarusian press lately, is the serious economic difficulties being witnessed by a majority of the population. Today it is virtually impossible for ordinary Belarusians to purchase foreign currency in Belarus. The real value of the Belarusian currency is plummeting and subsequently a growing black market for foreign currency exchange has emerged. Belarus has not seen anything like this since early 1990s. The government imposed restrictions on loans and other transactions with foreign currency, which has increased anxiety amongst Belarusians who are trying to get rid of Belarusian roubles fearing the radical devaluation of the national currency.

The Belarusian-language daily Zvyazda and the news agency Belta, both controlled by the government, has devoted significant attention to the measures taken by the authorities to stabilize the market. Belarus Segodnya, the government-controlled newspaper with the largest circulation in Belarus, does not provide detailed coverage concerning either the serious economic problems or the sentences handed out to opposition activists. Instead, it reports about various meetings, which Alexander Lukashenka had with his ministers, his trips to the countryside and measures to improve management of agricultural sector in Belarus.

The topic of economic sanctions against Belarus and situation in Libya is discussed both in independent and governmental press. While all pro-government sources condemn both the economic sanctions against Belarus and the UN-mandated military operation in Libya, there are more opinions on this topic in independent press. Many opposition politicians call to step up the sanctions because nothing else works. Others are concerned that this will further strengthen the role of Russia in the politics and economy of Belarus, which may prove to be detrimental to the development of democracy in Belarus.