Podcasts of the Second Annual London Conference on Belarusian Studies (2017) 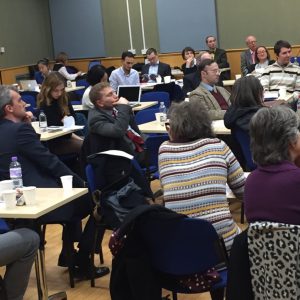 The main conference was followed by the Annual Lecture on Belarusian Studies, delivered by Dr Ales Susha, Deputy Director of the National Library of Belarus and Chairman of the International Association of Belarusian Language and Culture Specialists.

Selected papers from the conference will be published in the Journal of Belarusian Studies. The conference programme is available here and pictures from the event are here.

Podcasts from the conference are available below.

Uladzimir Kananovich, The Prague Slavonic Bible by Francis Skaryna (1517-1519): between the market and personal devotion.

Vitali Byl, When a single word matters: the role of Bible translations in the witch-hunt in the Grand Duchy of Lithuania.

Dr Nelly Bekus, Building commonality and politics of re-statisation in the conditions of hegemonic states: case of Belarus.

Qiaoyun Peng, Belarusian or Bela-Russian? On language and identity issues in Belarus after 1991.

Stephen Hall, Learning a new normal: did the Euromaidan begin to liberalise the Belarusian regime.

Kristiina Silvan, Echo of Komsomol? The development of Belarusian youth organisations in the post-Soviet era.

Aliaksandr Herasimenka, Transformation of the Belarusian political landscape in the era of digital platforms.

Prof Arnold McMillin, The border between Poland and Belarus as depicted in the work of contemporary writers.

Kristian Roncero, Why West Polesians have the most original anniversaries, or the noun “year” across Slavonic languages. 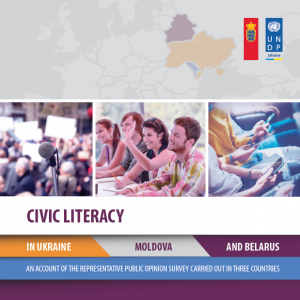