Belarus, a small post-Soviet state once hardly distinguishable from Russia and chronically misspelled in the Western press, has been making more and more headlines lately. And if the Russian-Belarusian military exercises with deployment of Russia’s most advanced S-400 air... 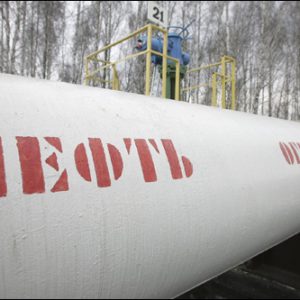 Belarus, a small post-Soviet state once hardly distinguishable from Russia and chronically misspelled in the Western press, has been making more and more headlines lately. And if the Russian-Belarusian military exercises with deployment of Russia’s most advanced S-400 air defense system weren’t enough, the 2010 Russian-Belarusian oil row is bound to make the West anxious. Moscow and Minsk failed to close a new deal after Russian-Belarusian agreement on crude oil export tariffs expired on the New Year’s Eve. As the two states argued over pricing, Russia had briefly halted supplies to the Naftan and Mozyr refineries to show Minsk who the boss is. Flows were restarted on Jan. 3.

To pacify its customers in the EU, Russia promised that the export flow would continue with no further interruptions. Western Europe is slow to celebrate, however; it remembers that last January similar steps preceded a complete shutdown of gas flow through Ukraine. The dispute has already pushed oil prices up to $81 a barrel, their highest in nearly 15 months.

Today, on the so-called Old New Year’s Eve, Moscow again warned of reducing the oil flow, complaining that oil firms are unwilling to confirm volumes. To spite Moscow, the national electric company of Belarus threatened to stop transmission to Russia’s Kaliningrad in return. What are Minsk and Moscow arguing about? The obvious aspect of the argument is financial. The 1.3 million barrels of oil passing each day through the Belarusian part of the Druzhba pipeline feed both the internal market in Belarus and the EU markets. Last year, Belarus imported Russian oil at only 35.6 percent of the current crude export tariff.

This year, Moscow wants Minsk to pay in full for about 14.5 million tons a year of crude that is mostly refined and re-exported. Russia graciously allowed Belarus to continue buying the oil for its domestic needs (about 6 million tons) duty-free. This is not enough for Minsk, however. The less obvious aspect of the argument is political. It is Belarusian loyalty that explains why the country enjoyed some of the lowest energy prices of any post-Communist state since the dissolution of the Soviet Union. Importantly, the profits from reselling Russian oil have been the main buttress of Belarusian President Alyaksandr Lukashenka’s authoritarian regime. Today, nearly two decades since the Soviet collapse, Belarusian loyalties are shifting. Although he still remains persona non grata in the EU, in the past few years Lukashenka has been conspicuously flirting with the West as he charts a foreign policy course increasingly independent from Moscow.

Lukashenka released political prisoners, pardoned American lawyer Emanuel Zeltser, refused to recognize the breakaway republics of South Ossetia and Abkhazia, and even expressed readiness to participate in the EU’s Eastern Partnership. Angered by Minsk’s disobedience, Moscow used sticks and carrots to pull Belarus back into its “brotherly” embrace. The sticks have so far had an opposite effect, however. After Moscow had banned Belarusian dairy exports last summer, Minsk boycotted the CSTO summit in Moscow. In 2009, Russia canceled the last $500 million tranche of its $2 billion loan to Belarus, but Belarus did not budge, having received generous financial aid from the IMF. It is continuing on the path of defiance as it is trying to secure cheap oil prices from Moscow today, used to the preferential treatment from Russia and aware that the Druzhba pipeline transmits nearly one third of European oil.

The smoke signals from the Russian Belarusian union state are indicating a change in the relationship between Russia and the states that Moscow used to diminutively refer to as “the Near Abroad”. As Russia’s “satellites” increasingly seek to leave its orbit, big political changes are looming for Europe, and the European Union should be prepared. Jeffrey Mankoff, associate director of International Security Studies at Yale, writes in his excellent article on the Russian-Belarusian dispute in Foreign Policy:

Moscow's long-term goal is to take control of energy distribution infrastructure throughout the former Soviet Union. This aim is clearly stated in Russia's energy policy, and the previous round in the dispute between Belarus and Transneft-which also sparked a brief cutoff of Russian oil supplies-was ended in part by an agreement for the Russian pipeline monopoly to take a 50 percent stake in Belarusian pipeline operator Beltransgaz. Gazprom has exerted similar pressure on Ukraine over Kiev's outstanding debts. If Moscow were to succeed in completely taking over the Belarusian energy distribution network, it would not only be in a stronger position to influence Minsk's foreign policy, but the move would also improve Moscow's market power, and hence its political leverage, vis-à-vis Europe. Uncertainty about deliveries through Belarus could also lead to higher global oil prices, just as Western economies are beginning to emerge from the recession. That in and of itself should be reason enough for the Europeans — and their U.S. allies — to pay close attention to a seemingly obscure customs dispute.

Read the full text of the Foreign Policy article at foreignpolicy.com. 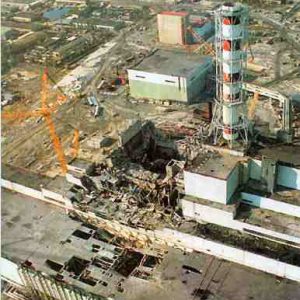