MEPs often say good things but unfortunately they have... 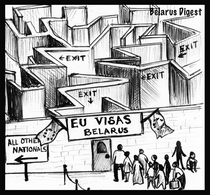 MEPs often say good things but unfortunately they have little real power to implement them.

Unlike talks on the dialogue or the sanctions, visa relations of Belarus and the EU concern most Belarusians. The price and the procedure of getting a visa remains an important factor affecting how people perceive the EU.
Although Belarus remains the world's Shengen visa champion with regard to the number of visas per citizen, these visas come at a great cost to them. The Belarusian civil society is trying to convince the EU of the necessity for the unilateral visa liberalisation. However, as the liberalisation prospects remain bleak, Belarusians should also press Belarus authorities to start talks on visa simplification.
Not as Isolated as You Think
As the first sight, Belarus looks far from being isolated. More than that – it remains to be the world's Schengen visa champion. In 2012 Belarusians got 703,479 visas. This means, 74 visas per 1,000 citizens. In comparison, this index is twice less in Russia.
Also, EU member states consulates which work in Belarus try to simplify the procedure or to abolish consular fees for national visas. For example, right after the election-2010, Poland abolished consular fees for getting a Polish national visa as an action of solidarity with Belarusians. Lithuania also visues many visas for free.
In addition, Poland and Lithuania are hoping to implement agreements on local border traffic.  If implemented, people who live up to 30 km away from the border would be able to go visa-free in both directions.
The EU member states consulates increase the number of issued visas annually, while the percentage of visa denials remains at a very low level. Poland, Lithuania and Germany remain the leaders with regard to the number of visas, granted to Belarusian citizens.

What is the Problem?

But most visas come at a great cost to Belarusians – both in terms of money and required efforts.  Despite the high number of issued visas, the procedure remains one of the most complicated in the world.
It often takes months for Belarusian citizens to get a visa for an EU country. This includes waiting for an appointment, preparing thick packages of documents, and spending many hours queuing outside the consulate regardless of the weather. The procedure is expensive too – a simple visa costs €60 – the highest price in Europe. To put it into context, the average monthly salary in Belarus is around €370.
What is worse, many consulates deliberately issue singly-entry visas valid for several days only. The German consulate is notorious for this. In practise this means that Belarusian nationals have to undergo this humiliating and expensive procedure again and again. No wonder that the pro-rata number of Schengen visas issued for Belarusians is the highest in the world.
Belarus lingers introduction of the local border traffic with Lithuania and Poland. Belarusian authorities understand that expanding of the people-to-people contacts may facilitate pro-European moods in the society and may also create an economic problem. Belarusian goods would be non-competitive in comparison with the cheaper and better-quality goods from the West.
Officially, the Belarusian authorities stand for visa regime simplification with the EU, but refuse to negotiate because of the EU policy of sanctions. Also, the Belarusian authorities are not willing to sign readmission agreements. In case foreign citizens get to the territory of the EU through Belarus, the European states governments will send them back to Belarus. No problem if they are Russian citizens. However, if the illegal immigrants come from Southeast Asia, Belarus will have to deport them at its own cost.
Is the Visa Regime Simplification Real?
The Belarusian civil society undertakes serious effort to lobby the visa abolishment among the European officials. However, it appears that the EU is not going to simplify, let alone abolish, the visa regime unilaterally. The acquis communautaire does not provide such an opportunity, and Belarus does not look an exception, worth changing the existing rules.
Moreover, not all the countries of the European Union want to simplify the visa regime with Belarus. If Poland and Lithuania consider this their interest, many Western European countries do not really want such liberalisation.
Even if Belarus and the EU come to adopt an agreement on simplified visa regime, the simplification will not be that significant. At this stage, the liberalisation means decrease of consular fees down to €35 and provision of an opportunity to get free visas for some categories of citizens.  Citizens of Russia, Moldova and Ukraine already benefit from simpliefied procedures.
The Belarusian authorities are not worried about high visa costs for their citizens. According to Andrei Yeliseyeu of the Belarusian Institute for Strategic Studies in several years Russians and Ukrainians go to the EU without visas but Belarusians will still pay €60 per visa. The Belarusian authorities cannot explain this paradox.
Belarusians should demand more confident steps towards the visa regime liberalisation from their own government, as the agreement on simplified visa regime will signify only a minor change. But given the absence of proper democratic procedures in Belarus, this may prove to be a difficult task.
PDFPrint
https://belarusdigest.com/story/selling-schengen-visas-to-belarusians/ 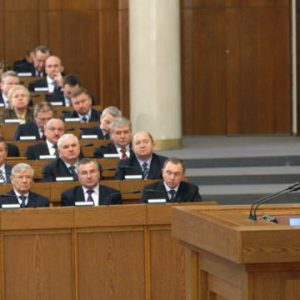 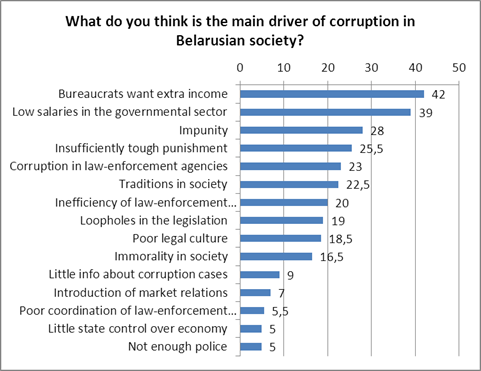