Shall we revive Belarus Digest?

Yarik Kryvoi 12 August 2020
We see a catastrophic lack of quality and timely information on events in Belarus in English. We are thinking of trying to revive, then temporarily, Belarus Digest. We ran out of funding a year and a half ago, but...

We see a catastrophic lack of quality and timely information on events in Belarus in English. We are thinking of trying to revive, then temporarily, Belarus Digest. We ran out of funding a year and a half ago, but now it may possible to revive Belarus Digest, even temporarily, relying on donations of the readers. What do you think?

Belarus’s 2019 parliamentary election: consequential or not? 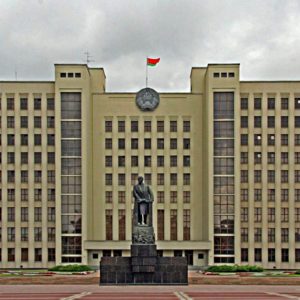 On 17 November 2019 Belarus chooses a new parliament. The last parliamentary elections, held in September 2016, brought two non-loyalist candidates into the lower chamber for the first time in more than a decade.

Although the role of the parliament is relatively insignificant in the Belarusian political system, the outcome of the poll later this month will send an important signal about Belarus’s domestic trajectory. Moreover, the international response could determine the direction of travel for Belarus’s relations with Russia and Western states as it moves towards presidential elections in August 2020.

Despite the parliament’s minuscule powers in domestic politics, the September 2016 poll did capture foreign analysts’ interests. The election of Hanna Kanapatskaya, a member of the oppositional United Civic Party, and Alena Anisim, the head of the Belarusian Language Society, occurred against a backdrop of warming relations between Belarus and Western states that have long criticised Belarus for its undemocratic political system.

In 2016’s tense ‘post-Crimea’ international environment Western officials hoped relations with Belarus would continue to thaw. They keenly wondered whether prominent opposition candidate Tatsiana Karatkevich, who had been defeated in the presidential elections a year earlier, would be ‘allowed’ into the parliament as a concession to Western actors’ calls for greater democracy.

In the end Kanapatskaya, who stood in the same electoral district as Karatkevich, found herself a parliamentary deputy instead. Someone memorably told me that observing those elections recalled a ‘Find the Lady’ card trick played on a street corner. Observers thought that they were following the ‘card’ (Karatkevich) in the electoral district, only to realise that they were following the wrong card.

The 2016 elections succeeded in keeping Belarus’s relations with Western states on an even keel. The OSCE/ODIHR Election Observation Mission’s final report contained criticisms, but less overtly than in the analogous report for the 2011 elections. The 2016 report found the elections ‘efficiently organised’ and spoke of democratic improvements, albeit referring to ‘long-standing systemic shortcomings’ and ‘procedural deficiencies, inconsistencies and irregularities.’

An argument can be made that Belarus’s relations with Western states continue to improve. Dialogue with the US has intensified and an agreement for the exchange of ambassadors has been reached. In respect of the EU, the Belarusian president will visit Austria a few days before the vote in what constitutes his first visit to an EU member state since the lifting of a travel ban and other sanctions in early 2016. 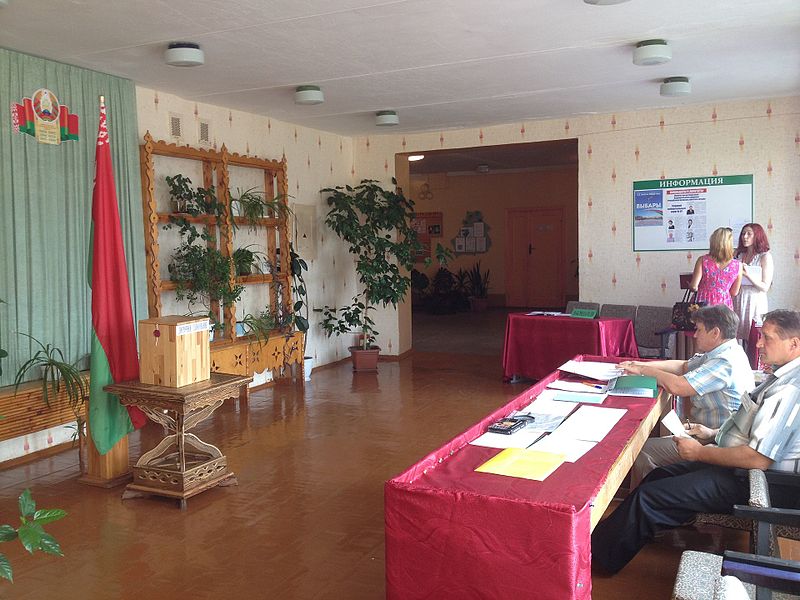 However, one could plausibly argue that the rapprochement with the EU has stalled as the latter focuses increasingly on affairs within the bloc. The issue of an enhanced visa regime for Belarusian citizens visiting the EU has dragged on and still not-quite-finalised. Within the EU there remains a long-running dilemma about inter-parliamentary relations with Belarus representing de facto recognition of the National Assembly, the legitimacy of which some MEPs with long memories dispute.

The Belarusian authorities could use a pretence of democracy in the parliamentary elections in the hope of coaxing further concessions from the EU. Early signs in this regard haven’t all been positive. On 17 October the Central Electoral Commission denied registration to both Anisim and Kanapatskaya, among other candidates, citing irregularities with the requisite signature collection. Furthermore, candidates from the United Civic Party and European Belarus have complained about the blocking of campaign television broadcasts.

In the past, the authorities have routinely resorted to measures involving candidate registration and restricting media access to disrupt oppositional political campaigns. Above all, it reminds domestic actors that the authorities retain effective control.

The use of these techniques during the election campaign period gives observers an early indication of the Belarusian authorities’ beliefs when it comes to their Western partners. Belarus has an obvious interest in keeping relations on a good footing as it strives to maintain leverage with Russia.

The Belarusian authorities may calculate that they are doing enough to satisfy Western states. Lukashenka has spoken publicly about reforms to the political party system and could argue that this will supply the means to address ‘systemic shortcomings’ – though one suspects such proclamations of reforms will come to nothing.

As well, the authorities have registered over 150 candidates from recognised opposition parties for the forthcoming elections. Admittedly that is significantly fewer than the number who stood in the 2016 elections with the United Civic Party successfully registering 47 candidates for this year’s ballot, compared to 57 in 2016, and the Belarusian Popular Front registering 31 candidates (49 last time round). What outside actors will really notice, of course, is the composition of the parliament after 17 November.

Alternatively, the authorities may have calculated that Western governments will not change their policy towards Belarus regardless of the conduct or outcome of the elections. They may have concluded that geopolitical security now takes precedence over democratic values for the West, and that the costs of rowing back on improved relations with Belarus would prove too high, especially as Russian influence grows in eastern Europe and elsewhere.

In the complicated geopolitical environment since 2014 Russia has been keen to consolidate its grip over its neighbour and there have been persistent frictions between the two states. Belarus has resisted Russian pressures to deepen integration and cooperation on terms the Belarusian side deems unfavourable, but Belarus’s leverage with Russia depends of having credible alternatives to deeper integration. Some analysts argue that Russia sees further concessions from Belarus as the price of its tacit support for Lukashenka in next year’s presidential election.

Accordingly, whether the number of deputies loyal to Lukashenka rises or falls as a result of the 17 November vote, the broader international reaction to the elections matters. It will play a role in determining the tenor of Belarus’s international relations in the coming year. Injudicious actions by either Belarus or Western actors could presage a renewed deterioration in their relations.

Paul is an associate analyst with the Ostrogorski Centre and an associate fellow with the Minsk Dialogue Council on International Relations.