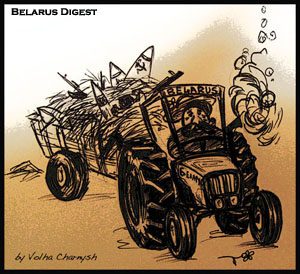 Last week Graduate Institute of International Studies issued a report titled “Small Arms Survey 2009: Shadows of War”, which named Belarus – along with principled regimes like Iran and North Korea – a “significant exporter” of small arms that provides little or no information on its exports. Produced annually by a team of researchers based in Geneva, Switzerland, the report estimates the undocumented trade of firearms to be at least US$ 100 million.

Little Belarus has been culpable of keeping the illegal arms trade up from its very birth as an independent state. In the new millennium it has only become better at it. In 2002, Mark Lenzi wrote in the Wall Street Journal Europe, that Belarus secretly delivered over $500 million worth of weapons to Palestinian militants. In 2003, Lebanon seized Belarusian weapons waiting to be smuggled into Iraq in defiance of a United Nations ban. In 2004, a report produced by Amnesty International accused Minsk of selling weapons and equipment “complicit in torture, rape and murder” in the western Darfur region.

WASHINGTON — Freedom House released its country reports on freedom in the world. Belarus remains the only European country classiffied as “Not Free”.

A few former Soviet Union countries did better — Ukraine and Baltic States are regarded “Free”, while Moldova, Georgia and Kyrgystan are “Partially Free”.

Here is the summary of the report on Belarus:

Hopes that President Alyaksandr Lukashenka might loosen his grip on Belarus in 2008 proved illusory. After brutal crackdowns and additional arrests, Belarus released all of its political prisoners in August. The regime also agreed to allow international observers to monitor its September parliamentary elections. However, the monitors determined that the elections did not meet democratic standards, and no opposition members won representation, leaving them without a platform to influence political processes.

Separately, the regime passed new legislation that tightened control over the media and extended it to the internet. Relations with Russia grew increasingly tense during the year, as Moscow continued to exert pressure to obtain higher prices for its energy exports and to acquire Belarusian companies through privatization. Despite strong European Union interest in improved relations, the absence of democratic reforms in Belarus made any progress extremely difficult.