The World of Tanks

In 2012 the most recognisable Belarusian brand abroad was World of Tanks according to Belarusian contest The brand of the year.

Produced by Belarus-based Wargaming it allows hundreds of thousands of players play the computer game at the same time.... 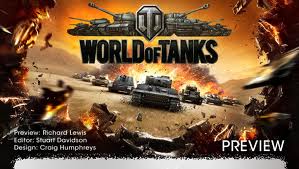 In 2012 the most recognisable Belarusian brand abroad was World of Tanks according to Belarusian contest The brand of the year.

Produced by Belarus-based Wargaming it allows hundreds of thousands of players play the computer game at the same time. “World of Tanks” broke the previous record in November 2011 when 250,000 players played on the game’s Russian server simultaneously.

In January the Belarusian company bought Day 1 Studios – an American game developer from Chicago for $20 million. That is the second major deal of Wargaming in recent months. Previous purchase Big World Company cost $45 million which was the largest M&A-transaction involving private Belarusian companies in 2012.

Viktar Kisly, a physics graduate of the Belarusian State University, founded Wargaming in 1998. Originally the company focused on developing websites. The first PC game turned-based strategy “DBA online” appeared in 2000. This game as well as the second turn-based strategy “Massive Assault” were unsuccessful. As a result both  projects had to close.

The next game Real-time strategy Order of War released in 2009. Despite the fact that the game was critically acclaiming, the company has only managed to sell 100 000 copies of the game which barely allowed to recoup development. To stay afloat the company had to work for banner exchange network AdRevolver.

At that date a great success was gaining by a multiplayer online role-playing game “World of Warcraft”. To develop their own massively multiplayer online game (also known as MMO) Wargaming conducted a market survey. First,  they were considering to make a game with elves, dwarves and orcs. But finally Victar Kisly team rejected this idea and made a decision in favour of tanks.

Tanks as a Part of Soviet Folklore

The game “World of Tanks” is extremely user-friendly, the system of control is very simple and anyone can learn how to play the game in a short time.

Released in August 2010 the “World of Tanks” had 45,000,000 registered players worldwide. In contrast to the “World of Warcraft” the game from Belarus is free to play and the creators' earnings come from micropayments for additional options. On average, each player only pays $3-5 per month.

The game gained most popularity in the countries of ex-USSR and Eastern Europe where the monuments of tanks appeared in almost every city. Soviet propaganda always emphasised that tanks produced in USSR are the best in the world.

Even songs praise the tanks. One of the most popular TV series in USSR was Polish film about Second World War “Four tankmen and the dog” where Soviet tank T-34 even had a first name. For inhabitants of the former USSR tanks is a part of folklore.

To win markets in Asia, Western Europe and USA where the tank discourse is not as popular Wargaming lunched two new projects – the “World of Warplanes” and the “World of Warships”. Ultimately games of tanks, planes and ships will compose a single MMO universe with single economy.

Wargaming tries to secure its share of the market. In 2012 Viktar Kisly bought for $45 million Big World Company from Australia which is a producer and a supplier of game engines – an essential link of “World of Tanks”. That was the largest M&A-transaction involving private Belarusian companies in 2012.

In January 2013, Viktar Kisly made another important acquisition – he bought Day 1 Studios – an American game developer for $20 million. This purchase will allow Wargaming to expand the presence of “World of Tanks” on new platforms such as game console or mobile phone.

In Minsk the average salary for the newcomer on the labour market is around $400 per month. In these circumstances for young people to work for Wargaming is a great luck. Wargaming proposes a decent wages and a chance for making career in a growing international company based.

Offices of Wargaming are locating in Paris, Kiev and Saint Petersburg. Over 400 employees are currently working at the Minsk office. For that reason to make a corporate party the company rents “Sport Palace” – Ice hockey arena in the centre of the city, where Lukashenka regularly practises his Ice hockey skills with his sons, and a second biggest arena for concerts in Minsk.

Wargaming is a phenomenon for Belarus where all the big businesses are directly or indirectly linked to the bureaucracy – current or former officials, security officers and oligarchs controlled by Lukashenka. Making the most recognisable brand from Belarus in the world Wargaming is distancing itself from Belarusian government. It is impossible to imagine Viktar Kisly on Belarusian congress next to the director of tractor factory and militia generals.

Today “World of Tanks” for Belarus is the same as Skype for Estonia. It creates a more positive image for the country known more for Lukashenka and Chernobyl. Wargaming makes Belarusians proud for their country and demonstrates by its own example that doing big business in Belarus is possible not only for for those linked to the ruling regime.

Vadzim Bylina
Vadzim Bylina is a researcher at the Institute of Political Studies 'Political Sphere' based in Minsk and Vilnius.
all articles »
brands business environment business in Belarus Day 1 Studios PROGRAMMERS salaries The World of Tanks viktar Kisly world of tanks 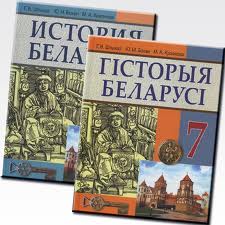 The official interpretation of history in Belarus has experienced a dramatic evolution since the USSR's collapse. At the first stage a Belarusian nationalist-oriented approach dominated in historiography. After Lukashenka came to power in 1994, a reversal to a Soviet driven narrative took place, which, however, included a number of additional elements.

On the one hand, Lukashenka’s narrative reconciled the national version of history in the pre-Soviet period. They both agree that Belarusian statehood has a long tradition of independent existence and holds value for all Belarusians. On the other hand, many aspects of the Soviet period remain a taboo or cannot be criticised. The period of independence (since early 1990s) remains the most ideologically charged and distorted, as it involves the rule of Lukashenka himself.

The Rise of National Narrative

After the collapse of the USSR and before Lukashenka’s first term in power, a nationally-oriented elite offered an interpretation of the past that was typical for transitional countries of that period. This version of history showed Soviet period as mostly negative, highlighting the horrors of Stalin’s terror, the destruction of national identity of Belarusians and life as experienced in a totalitarian society.

Instead, a new version of Belarusian history started not from the Soviet era, as Muscovite historians often like to portray, but rather from the Middle Ages. The forefathers of the new Belarus sought origins of national statehood in the period of Polack Princedom and later the Grand Duchy of Lithuania as the peak of sovereign development for the Belarusian nation.

World War II, which became the core element of the present official ideology, received its proper name and replaced the Sovietized name of the “Great Patriotic War”. Former Soviet heroes of the war often became simply victims of occupations by the communists and fascists.

Also, the new narrative presented a rather anti-Russian picture of history. It glorified battles against Russia throughout history and condemned periods of Russian occupation during the eras rule by the Russian Empire or Soviet.

Back to the USSR

As with any political authority, Lukashenka's regime tries to use history to legitimise and support his policies as well as to form a particular world view amongst the citizenry. As a result, present day historical education has become overly ideological and lacks a balanced view of Belarus' past.

But unlike the Soviet version of the Belarusian history, which involved class struggle and Russia-centrism in every period of Belarusian history, Lukashenka’s narrative does not care much for the class-based approach nor discussion of early relations with Moscow.

On the contrary, official ideologists accept the importance of early feudal princedoms like Polack and Turaŭ, and later the Great Duchy of Lithuania, in the genesis of Belarusian statehood. They speak, although very carefully, about numerous wars with Moscow and uprisings by Belarusians against the Russian Empire.

But the picture changes completely after we come to the collapse of the Russian Empire, and the socialist revolution which was followed by the creation of the Soviet Union. Authorities recognise the Byelorussian Soviet Socialist Republic as the first real Belarusian state and the whole existence within USSR remains sort of sacred, and its criticism of it is taboo.

Take for instance a history textbook for schools that was published in 2006. The book covers the period from 1945-2005, the postwar period for the USSR and independent Belarus. One will not find a word about the Stalinist terror after World War II nor the anti-Soviet activities that took place within the country. Instead, it describes how the Belarusian people heroically overcame hardships during the post-war period and helped the leadership to implement industrialisation. The authors do not criticise the Soviet political regime.

Likewise, when it comes to Perestroika, schoolchildren will not find any information on the Belarusian Popular Front or other anti-soviet national associations that emerged during the period of liberalisation in the 1980s. All this despite the fact that they played a key role in gaining Belarusian independence. Likewise, the book does not mention the Kurapaty burial grounds, discovered by Zianon Paźniak, the place where thousands of Belarusians were executed during Stalin's terror. But the most distorted period in the current textbooks remains the period when Lukashenka has ruled Belarus.

The Era of Lukashenka

The story of independence in the textbook starts like this: “To overcome the crisis caused by the USSR's collapse, Belarus needed a strong authority and the political will of the leadership. The establishment of the post of president in 1994 started a new stage in the development of our country”.

So, the idea of the exclusive role of Aliaksandr Lukashenka serves has been planted as the main element of the official narrative. It portrays his every major political step as something extremely important and desired by the common people. Meanwhile, the book remains silent on the very active period of party politics in the first half of 1990s or methods of consolidation of power which Lukashenka exercised and which involved violence and even the physical elimination of opponents.

Schoolchildren can hardly find the names of the some prominent figures that contributed greatly to attaining independence, like the Belarusian Popular Front leader Zianon Paźniak or Stanislaŭ Šuškievič, the official Head of State of Belarus in 1991-1994. Reading the book ones get the impression that the opposition never existed, neither does Belarusian civil society. There are just two main actors: the president and the Belarusian people, who totally support him.

State Identity instead of National Identity

Although the ideology of the regime reconciled more or less with the national narrative on pre-soviet Belarusian past, it does not actively use it for strengthening national unity and identity. Hence, a new generation of people, unlike their elder colleagues from 1990s, have no interest in national history whatsoever.

If asked, young people can hardly produce any coherent knowledge about the past of their country, apart from a few ideological clichés. Rather than accepting their national identity and speaking about historical and cultural heritage, most Belarusians identify themselves with the state.

Lukashenka likes to repeat that he cannot stand any cult of personality, yet the official ideology and historical education is building just that. The influence of ideology on youth is pretty obvious, especially in small towns and villages, but the picture remains inherently unstable.

The new generation of Belarusians do not exist in informational isolation and hardly believes everything that the state tries to preach. Internet has spread massively during recent years and alternative versions of history are available to all interested. After all, there is no need to worry about Belarusians: they are accustomed to the constant changing of rulers and ideas, and it is hard to make them take something too seriously.