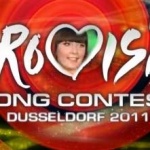 In Belarus, the first version of the Eurovision song stirred contradiction from the very beginning. Initially, the song's title was “Born in Belorussia". This song was allegedly alluding to the nostalgia about the good old times in the former Belorussian Soviet Republic. Very few were concerned that the young singer Anastasiya Vinnikova was born in 1991 and has therefore never lived in the former Soviet Union.

The word "Belorussia" in the song's name instead of "Belarus" was also controversial.  A country that is often nearly confused with Russia in various languages could make things even more confusing for the European viewers. In several  European languages, instead of using the official "Belarus" the name appears as a direct translation of "White Russia". One can often hear Biélorussie in France, Weißrussland in Germany, and sometimes even White Russia in English.  While the beginning "Bela" does mean White, "Rus" is not the same as Russia. Therefore, using the word Belorussia did not seem to be a smart choice to represent the country in the first place.

In response to these explicit references to the Soviet past, Liavon Volski, Belarusian blogger and popular singer created a parody that spread rapidly in the Belarusian internet community. He changed the lyrics to “Bielorussia, crazy and so fine, Bielorussia, vodka and cheap wine, red and green and constitution, we﻿ don’t need a revolution!”.  The the official version's author Evgenij Oleinik changed the lyrics and melody to the final version that is called “I love Belarus” .

This second version of the song led to more discussions in European media. Over the last six months, Belarus has been mentioned in Europe in the following context: flawed elections, the violent crackdown of the opposition, a bomb explosion in the metro with dubious suspects, the closure of opposition newspapers, and, especially during the last months, severe economic crisis.

It is not surprising that journalists and audience were puzzled watching a young women declaring “I love Belarus” with fervor. In the past, Belarusian participants in the Eurovision song contest did not cause much interest in the Western media. This time there were many articles published on Anastsasiya Vinnikova and her song. Most of the articles had titles like “Tilting for the Tyrant”, with journalists taking the song as an occasion to remind their readers of the current situation in Belarus.

It is not clear whether the vote count of Belarusian viewers in the final round was falsified or not. Many were surprized that Belarus gave 12 points to Georgia and only 5 to Russia. In any event, it was clear that the Eurovision song contest was a political event for Aliaksandr Lukashenka who he tried to expoit as much as he could.

When Anastsasiya Vinnikova failed to pass the second and semi-final and did not advance to the final round, Lukashenka commented that the song had been judged on the political situation and that of course this was another conspiracy by the European countries against Belarus. According to him, Belarus should have won the 6th place in the finals.

In the follow up of the European song contest, when the headlines about Belarus exclusively deal with the economic crisis and trials against opposition activists, another political dimension of European-scale events appears. In the West, many people think that Azerbaijan, which won the Eurovision contest this year should not be the host country for the next Eurovision song contest becaue there are political prosoners in the country. Similarly, many think that Belarus authorities should not host the Hockey World Championship in 2014 for the same reason.

Depriving Azerbaijan and Belarus authorities of the opportunity to present themselves as nice hosts while the population is suffering and political prisoners are kept in jails could be an effective sanction.  Otherwise, we may end up habing something similar to the Belarusian performance in the 2011 Eurovision contest – namely cheap and amateurish propaganda.