What is the Belarusian Regime?

Last week, some opponents of the Belarusian regime called for a demonstration outside the Belarus National Theatre's performance in London. In fact, that theatre has nothing to do with political persecutions and actually represents a part of Belarusian culture... 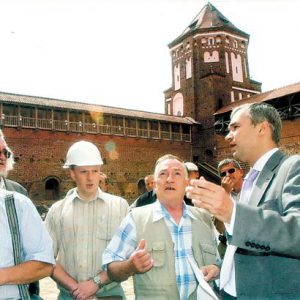 Labelling individuals and organisations as parts of the regime or as working with the dictatorship may backfire. For instance, do foreign investors who implement projects in Belarus support the regime of Lukashenka? After all, their investments can change the political economy of the authoritarian regime. Or do ordinary Belarusians, who pay their taxes to the current government; is that collaboration? Failing to do so may result in chaos but would hardly aid the building of an efficient state, free of Lukashenka.

No uniformity among the Belarusian bureaucracy

The Belarusian regime is very opportunistic. It has nothing to do with totalitarianism or a fixed ideology. Officials are simply bureaucrats who differ from each other. Even radical opposition politicians admit this. Speaking to European Radio for Belarus in 2010, then presidential candidate Andrei Sannikau said: “I would not call the [current cabinet members] 'ministers,'as they are in one or another way involved in the establishment and support of a dictatorship. I know, however, that below ministerial level work very qualified and professional people.”

But even ministers are different. For instance, the Minister of Culture Pavel Latushka speaks Belarusian in public – already a deviation from a standard bureaucrat – and is known for his professionalism. After taking the office he initiated the policy of supporting Belarusian culture, neglected since 1994 by the regime. One of his initiatives was a large state-funded program titled Belarusian Castles.

Prominent ideologue of the regime Leu Kryshtapovich criticised the program as "alien" to Belarusian history. In his opinion, the Belarusian nobility had nothing to do with national history. Alyaksandar Kavalenya, director of the History Institute of the National Academy of Sciences, responded harshly, and supported essentially the version of national history which generally corresponds with that of the pro-European part of the Belarusian society.

Moreover, minister Latushka got support from Pavel Yakubovich, another veteran of the regime and the chief editor of Belarus Segodnya, the most important media outlet of the regime. He published a commentary on what he saw as the Soviet-era views of national culture being espoused by his opponent, which would be welcome even in oppositional media.

Another example is the unusual public debate on economic issues last autumn which showed  that many ministers hold reasonable views and that there is a collision of opinion at the very top of the government. Moreover, Prime Minister Myasnikovich seems to be a more independent figure than previous prime ministers.  He worked in top positions in the the Belarusian government long before Lukashenka came to power.

These cases are too numerous to be dismissed as insignificant. One thing is clear: different people with different views exist even in Lukashenka's inner circle. The Belarusian regime is certainly not monolithic. It is actually more amorphous than even the Soviet Union in the final years of its existence.

Unfortunately, too often, the issue of what is collaboration with the regime and what is the regime itself remains unaddressed. Yet it has immense significance, putting everyone who is not engaged directly with the opposition into an easy category of collaborators with the regime. Most importantly, it alienates the numerous bureaucrats which will play a decisive part in transformation of the Belarusian regime.

The role of Belarusian bureaucrats is evident. Belarus does not look like a run-down failed state like some other former Soviet Union republics. It has a much more developed infrastructure compared to the Balkan nations or many Russian regions.

It costs money to maintain infrastructure, educational and a healthcare system. In heavily industrialised Belarus,revenues from state-owned industries play the most important role for the functioning of government. The EU sanctions against Belarusian firms will unavoidably punish not only the workers of these firms but also the country in general.

After all, Lukashenka uses the revenues not only to pay the KGB but also to more publicly beneficial aims. A May 2012 study by Julia Korosteleva on the Impact of Targeted Sanctions on Belarus, conducted under the auspices of  the EU's Directorate-General for External Policies, emphasised that a broader sanction approach to Belarus "may potentially cause greater economic damage for the economy as a whole, affecting vulnerable populations in the first instance, but be less efficient in facilitating a regime change".

Furthermore, the study admits that Belarus might, as a result, become more isolated internationally and be pushed towards Russia. In fact, the impact may be devastating – the results of decades-long efforts to come to Western markets would be destroyed.

Struggling against the dictatorship should not harm the future of the nation. Opponents of the regime should refrain from anarchistic anti-state propaganda which often appears in non-state media. Even the Belarusian police force catches not only oppositional activists but also criminals. And there are no reasons to demonise it.

After all, every state needs police and prisons. To compare Belarusian prisons with Nazi concentration camps or Stalin massive political killings in 1937 helps no one and only damages the image of the opposition among ordinary Belarusians.

Many agencies of the Belarusian government are even today responsive to organised protests and petitions. Of course, the authorities punish such public activity but also have to react to it. A recent example is a public protest against a huge Chinese investment project in Smalyavichy, a town to the south of Minsk.

Public opposition campaign Tell the Truth has aided the affected residents and although the actual protests have been limited, the government not only put the Tell the Truth activists under administrative arrest but also sent a high-level official to speak with the protesters to reach some kind of understanding.

The small core of die-hard regime insiders should be isolated from a majority of public servants who just do their work as best they can under current conditions and who are also willing to see an alternative to the current political regime. Nothing will help Lukashenka more than the stonewall of misunderstanding between the Belarusian bureaucracy and the opposition.

Belarus as a functioning state needs a government, and the government should be distinguished from repressive bodies set up only to support the dictatorship. Deciding on whether a given conduct is serving or collaborating the the regime, the opponents of the Belarusian regime should focus on the effects of those actions rather than just on the affiliation of those carrying them out. 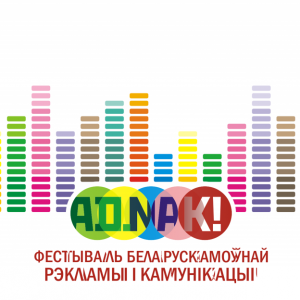 The most important civil society events in Belarus included the festival of Belarusian-language advertising, a civic campaign of Tell the Truth and arrests of its leaders as well as a number of training courses organised for civil society in Belarus.

AD.NAK! The 3rd Festival of Belarusian-language advertising and communications AD.NAK! opened its doors to members of the competitive program. The main objective of the 2012 festival is to give new impetus to the development of the advertising and communications market in Belarus. The idea for ​​the festival belongs to the cultural campaign Budzma Belarusians! The organising partner of the festival is online resource Marketing.by.

Belarusian internet party. According to EuroBelarus, Facebook community Belarusian Internet Party is the most interesting and promising among Belarusian internet communities. The group was established to consolidate Belarusian society, the revival of interest in political debates, to discuss current issues and find possible ways to resolve them. As of 1 May, the number of participants was about 2,300. The group is represented in several social networks and on Facebook it has a few pages.

Coalition of the six. On 2 May, a meeting of the “coalition of six”, a group of opposition parties and movements, took place in Minsk. According to public information, issues concerning running in the parliamentary elections were not discussed. Instead, the coalition focused on the issues of Belarus’ modernization and cooperation between political parties, NGOs, and the expert community. The experts of ‘Solidarity with Belarus’ Information Office (Warsaw) commented on the meeting’s results as "personal ambitions continue to outstrip strategic aims of the opposition".

Rally of wheelchair-bound disabled persons. On 5 May, a rally organised by the Republican Association of Wheelchair-Bound Disabled Persons, devoted to the support of the international movement of disabled people for equal rights and against discrimination, was held in Minsk. About 100 people with posters were talking about their rights and problems, and about the convention on the rights of persons with disabilities. A cat in the cage became the symbol of the meeting. The poster read, “I’m OK, I live in a cage”.

Opening of the cycling season in Minsk. On 6 May, the opening of the 2012 bike season took place in Minsk. A Traditional spring sports Festival was organised by the website poehali.net, the Federation of Adventure Races and Minsk cycling organization. The festival programme included competitions for cross country, figure driving, and orienteering, and contests for children. Registration and participation were free.

HIV awareness. Between 7-21 May, the photo exhibition "HIV awareness" will be held in Minsk. The purpose of the photo project is to reduce stigma and discrimination against HIV-positive people. The photo project is part of the Message information and cultural campaign, implemented by the Belarusian NGO Positive Movement and supported by the Global Fund to Fight AIDS, Tuberculosis and Malaria.

Trip to Tbilisi for higher education specialists. The Brussels-based Office for a Democratic Belarus together with the Office of European Expertise and Communications (Minsk) is organizing a trip to Tbilisi for 5-6 Belarusian specialists in the field of higher education under a program titled The EU and Belarus: Sharing Experience. During the visit Belarusian specialists will be able to establish contacts with colleagues from leading universities in Tbilisi, to learn about local universities’ experience of their transition to the Bologna system. The trip will take place in early June 2012.

​Interaction between State and Civil Society

Andrei Dzmitryieu and Mikhail Pashkevich sentenced to 10 days arrest. The Smaliavichy district court sentenced Andrei Dzmitryieu and Mikhail Pashkevich, activists of the Tell the Truth civil campaign, to 10 days arrest. The activists were accused of violating the rules for holding mass events for a meeting of summer houses owners in the Smaliavichy district. They protested against the construction of a Chinese-Belarusian industrial park on the territory of nearby villages.

State social contracting develops in regions. The regional executive committee in Slutsk has called for social projects aimed at preventing HIV in their districts. The competition invites participation from registered non-profit organizations, except political parties. The selected projects will be funded by  the executive committee and the Global Fund to Fight AIDS, Tuberculosis and Malaria. Earlier the same social projects’ contests were announced in Zhlobin, Svetlahorsk, Salihorsk and Osipovichi. All competitions are held at the initiative and with advisory support of the NGO ACT.