Will Lukashenka Outsmart the West Once Again? 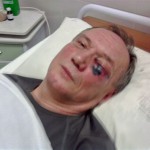 Mr Lukashenka certainly hopes that he can outsmart the West this time. Shortly after the violent crackdown following the falsified presidential elections, his administration was sending envoys to the West with a secret message. The secret was that it was actually Russia which wanted to instigate violence in Belarus and Mr Lukashenka had to react.

Last week, prior to the important meeting of the EU foreign ministers he released several political prisoners from the KGB prison. That is supposed to look like a gesture of good will from him. The Foreign Ministry of Belarus continues to issue statements that they are ready for cooperation with the West, even with Poland. On the other hand, Mr Lukashenka threatens with tough retaliatory measures if sanctions are imposed against Belarus. He also hints that sanctions will move Belarus even closer to Russia.

Those tactics may fool only those who knows little about Mr Lukashenka. Let us assume for a moment that the glass in the governmental building on the election day was broken by provocateurs from Russia. But does that explain why over 700 people were subsequently detained, and searches and confiscations are still taking place, long after the election day? It is hardly possible to blame Russia for mistreating and isolating political prisoners and not letting them see even their lawyers. Most political prisoners are denied any opportunity to communicate with the outside world. Blaming Russia is the same old song. It is unfortunate that some countries are happy to seriously listen to it.

There is little doubt that Russia benefited the most as a result of post-election brutality in Belarus. Now it will be much easier to put pressure upon Mr Lukashenka. But he has made a conscious choice in favor of Russia long time ago. Russia does not really care about human rights violations in Belarus and is ready to subsidize Mr Lukashenka as long as he remains anti-Western. Therefore, if the regime’s longevity can be put in question – the carrots from the West are unlikely to work.

It is better to look for a realistic explanation of what happened on the election day in Minsk rather than Moscow or Berlin. Most likely Mr Lukashenka was seriously frightened when he understood two things. First, that in reality he failed to win in the first round. And, second, that tens of of thousands came out to protest the election fraud despite threats and freezing weather. The peaceful protesters were brutally beaten and arrested to make sure that the protests would not endanger his rule. Opposition leaders, including presidential candidates, were put into the KGB prison where most of them are kept until today.

Keeping opposition leaders in prison has an additional benefit for Mr Lukashenka. As predicted, these people are going to be used as hostages in diplomatic war with the West. It would be ideal for Mr Lukashenka to release political prisoners if the economic sanctions are lifted. The West and democracy in Belarus will gain nothing compared to the pre-election period. But from Mr Lukashenka’s perspective, he would have achieved what he wanted – the people of Belarus would be even more frightened and many activists will have to go into exile. Those who took active part in demonstrations are going to be slowly squeezed out of their jobs and universities. Lifting sanctions in exchange for release of political prisoners is going to be a clear victory for Mr Lukashenka.

Belarus will not move too close to Russia as a result of pressure from the West. For years, Belarus has been more dependent upon Russia, both politically and economically, than any other country. Mr Lukashenka’s regime is still afloat primarily because of Russian subsidies. Russia may now force Mr Lukashenka to privatize some of Belarus state-owned companies and build a nuclear station using its technology. But this is not going to change much in Belarus.

On the other hand, the Western economic sanctions are not going to cause a collapse of Mr Lukashenka’s regime. Russia will not let it happen. But the sanctions can send an important message to the regime and other countries of what can be tolerated and what cannot. More importantly, if the EU member states can lift visas for Belarus citizens and let them freely travel and perhaps work in the European Union – that could be the strongest blow to Mr Lukashenka’s policy of isolating Belarus population. If nationals of Albania can freely travel in Europe why can’t Belarusians?

It will be clear today whether the European Union will go beyond traditional condemnations, reduction of visa fees, and symbolic travel bans. 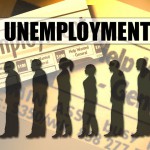 Following the recent presidential elections, many people in Belarus lost their jobs or were expelled from universities. It is important to take measures which would help those people stay in Belarus and remain politically active rather than seek political asylum abroad.

Belarusian legislation makes it easy to dismiss dissidents from work. The Belarus economy is very inefficient and there is a double digit real unemployment rate, which is concealed by the official statistics. Unlike their counterparts in other European countries, most employees in Belarus are employed on the basis of short term contract and not protected against unfair dismissal. These contracts have been introduced by administrative measures, which was relatively easy because the government controls most of the economy.

After a period of one year there is usually a procedure for reviewing an employee’s performance. The employer may decide not to renew a short term contract without any justification. Political loyalty plays an important role in such decisions which in a fact mean discrimination on the basis of political opinion. Because in Belarus most of the economy is state-owned, a conflict with the state security apparatus deprives the employees from virtually any other employment opportunities.

Belarus authorities do not prevent opposition activists from leaving the country for good. Lukashenka on a number of occastions expressed his joy that dissidents leave the country voluntarily. In fact, Belarus is one of few countries of the former Soviet Union which does not have two types of passport – one for domestic use and one for foreign travel. That makes leaving the country and seeking political asylum easy. Belarus authorities like when people go into exile voluntarily. They do not need to jail them or take other repressive measures because outside of the country they cause little harm to the regime.

This is why it is important to make sure that democratic activists remain in Belarus. It is right to accept true political refugees, but it also important to give them an opportunity to stay at home. The main reason why people leave Belarus are economic – it is very difficult to find a job in general and even more difficult for opposition activists. The vast majority of activists would be happy to stay in Belarus with their families and friends. Many are determined to continue their work as long as they can make ends meet. It is crucial to establish grant programs and temporary job opportunities abroad to enable the repressed to remain socially and politically engaged in Belarus.

The poll organized by Belarus Digest shows than easing visa and work restrictions for Belarusians is the most popular choice. It should be noted, that reducing visa fees is not enough. Because most opposition activists are left without any official employment in Belarus their visa applications are usually denied because of suspicion that they will try to work abroad illegally. At that point it does not matter how high the visa fee is. There are not so many people in Belarus. If Europe lets them work without restrictions in the European Union – that would help civil society activists in Belarus more than anything else.