A Final Blow to Independent Sociology in Belarus?

Soon thereafter, the founder of IISEPS, Aleh Manaeŭ​, stated that his organisation would cease... 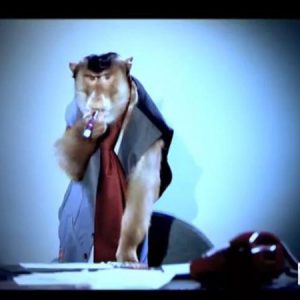 Soon thereafter, the founder of IISEPS, Aleh Manaeŭ​, stated that his organisation would cease conducting sociological surveys in Belarus.

On the eve of the 2016 parliamentary elections, the Belarusian authorities decided to tighten control over opinion polls to secure a smooth electoral campaign. IISEPS, known as one of the few independent pollsters in Belarus, was an easy target, as it had already been struggling for existence for years.

The termination of IISEPS' activities impacts the availability of independently-collected quantitative data on Belarusian society. Experts fear that this attack on IISEPS marks an end to independent sociology in Belarus.

Between a rock and a hard place

Established in 1992 by a group of academics and public figures, the IISEPS had been regularly providing public opinion polls and surveys of the socio-political situation in Belarus.

It has remained one of the few independent sources of information for social scientists on Belarus both within the country and abroad. According to IISEPS, by 2015, the number of media references to the Institute had reached 3,200, in contrast to a mere 25 in 1992.

Ironically, independent opinion polls presented an inconvenience both for the authorities and the opposition. The latter was often unhappy with their results, which did not always conform with the wishful thinking of some of the regime's opponents. For instance, during the Ukrainian crisis in 2014, IISEPS polls reflected growth in Lukashenka's approval ratings and unwillingness of Belarusians to support possible scenarios of violent power takeover.

During the 2015 presidential elections, IISEPS confirmed Lukashenka's victory, albeit by a much smaller margin than the Central Election Commission reported. IISEPS estimated that Lukashenka had won with 50.8 per cent of votes, while his closest contender, Tatsiana Karatkevich, received 22.3 per cent of votes. By contrast, official statistics assigned 83.5 per cent of votes to Lukashenka, and only 4.4 per cent to Karatkevich.

However, IISEPS still represents a much larger nuisance to the ruling regime than to the opposition. In 2005, persecution forced it out of the country, as the Supreme Court denied the Institute an official registration, thus making its activities in Belarus illegal. IISEPS relocated to Lithuania and has been operating from Vilnius. It will continue its work until August 2016, marking an end to independent opinion polls in Belarus.

By spring 2016, Belarusian state-run media started targeting IISEPS in an organised fashion, aiming to discredit the activities of its independent social researchers. Major Belarusian official media, including Belarus Segodnia and Belta, lamented that IISEPS research was biased and unreliable.

Other media allegations centred around the legal aspects of IISEPS activities, since it conducted surveys and disseminated their results without official approval. On 31 July 2016, the leading Belarusian TV channel delivered the final strike to IISEPS by broadcasting an entire film discrediting IISEPS activities and methodologies.

Based on information from anonymous informants, journalists claimed that IISEPS did not conduct real surveys and falsified its data. Moreover, the film deliberately disclosed a number of names and the personal information of IISEPS employees, thus placing them at risk of criminal charges for working without registration. 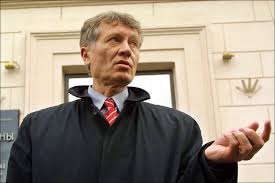 In response, Aleh Manaeŭ issued a statement denying all accusations against IISEPS in the media. He connected the attack on his Institute with the upcoming parliamentary elections and the fact that Belarusian authorities need to ensure they go off smoothly.

In his opinion, the regime needed an uncomplicated picture of elections in order to justify more dialogue and cooperation with the West, especially in light of the deteriorating social, economic, and geopolitical situation.

The end of independent opinion polls in Belarus?

On 9 August 2016, Aleh Manaeŭ declared that IISEPS would cease conducting sociological surveys in Belarus due to the heightened risk involved for its employees. Apparently, the media attacked the entire network of interviewers, forcing some of them to give public statements under threat of criminal charges.

Experts fear that the attack on IISEPS will complicate analysis of the parliamentary elections in Belarus this fall. Aliaksandr Klaskoŭski has noted that in the past IISEPS numbers often reflected electoral fraud. Thus, the elimination of IISEPS will serve to ensure that elections appear honest while depriving Western observers of an alternative sources of information.

According to the political scientist Siarhej Nikaliuk, the upcoming parliamentary elections might not be the only reason for the attack against the IISEPS. It could also have fallen prey to the Belarusian regime's need to secure control over the country in times of deepening economic crisis. Independent opinion polls and data thus turned into a liability, whereas elections just represented a tipping point.

The attack on IISEPS coincided not only with parliamentary elections and an economic crisis in Belarus, but also with decreasing levels of support for Lukashenka. Spring public opinion polls reflect that by March 2016, Lukashenka's popularity had dropped to 27.3 per cent, in contrast to 45.7 per cent in September 2015.

Valer Karbalevich has also suggested that the attack on IISEPS might be part of Lukashenka's usual tactic to gain leverage against the West. In this case, the Belarusian regime would traditionally start a “hostage trade” in exchange for recognition of the elections. Or, alternatively, it sensed that the West chose geopolitics over democracy promotion in Belarus and therefore would not interfere much in internal affairs.

As of now, it is clear that Belarusian authorities have successfully deprived its opponents, independent analysts, and election observers of alternative sources of information. It is likely that in the future it will ensure its monopoly over sociology and opinion polls in order to showcase an acceptable version of Belarusian reality to the world. 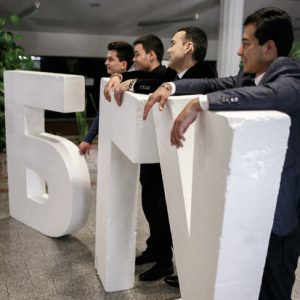 On 1 September, around 20 thousand foreign students will start the academic year in Belarusian universities and technical schools.

This figure has almost doubled over the past four years, with Turkmens accounting for half of all foreign students in Belarus.

The Belarusian authorities are trying to make a profit from the educational sector, hoping the relatively low price of living and learning will draw in foreign students. However, the poor quality and self-isolation of Belarusian universities may dissuade foreigners from studying in the country.

In early August, the Belarusian state-run Capital TV Channel proudly reported that 20 thousand foreign students will be studying in Belarus during the upcoming academic year. This figure also includes students at technical schools, although this is a much less popular option than universities.

Statistics from previous years show that Belarusian universities primarily attract students from Turkmenistan, Russia and China. International relations, economy and philology programmes at the Belarusian State University, the most popular university for foreign students, attract almost half of the international students in Belarus. 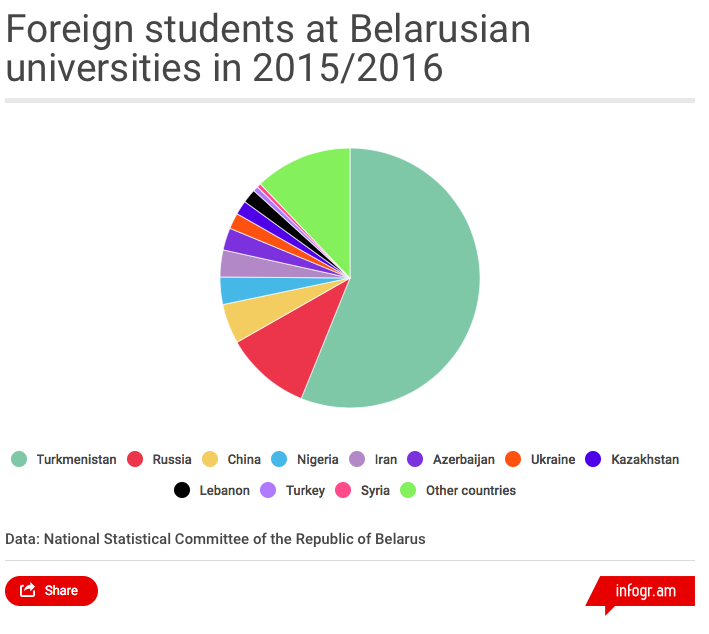 Having understood how popular the education business can be, Belarus is rapidly looking to attract more foreign students. Moreover, during the economic crisis Belarus lacked additional funds for education, and foreign students' tuition fees supplemented university budgets. According to the Minister of Education Mikhail Zhuraukou, Belarus earned $73 mln from foreign students in 2014. The fees at the Belarusian State University amount to around $3 thousand per student per academic year.

For many international students this sounds like a good deal, as the price of tuition and accommodation in Belarus remains much lower than, for example, in Russia. As one Janapese student explained to Naviny.by, dormitories are 40 times cheaper than in his home country.

However, tuition fees do not seem so low compared with neighbouring Poland or Lithuania. Lazarski University in Warsaw, for example, where many Belarusians study, costs $2.5 thousand per academic year. Students also have the opportunity to study in an English language programme leading to a diploma much more respected in the West. The European Humanities University, a Lithuanian institute with Belarusian roots, also has tuition fees of around $3 thousand per year.

Belarus can in fact attract more students, but two main obstacles remain in place. While Belarusian education may satisfy Turkmen students, may others perceive it to be sub-par The ranking of the best university in the country, the Belarusian State University, is 421-430 according to the QS World University Rankings. Other universities in the country are rated much worse.

In order to attract foreign students, Belarusian universities need to internalise. National Academic Recognition Information Centres around Europe do not recognise all Belarusian diplomas, although adherence to the Bologna process should improve the situation. For this reason, after completion of a five-year programme in Belarus, alumni cannot apply directly to a PhD programme in a Western university, but need to apply for an MA programme first.

Moreover, there are not enough courses taught in English or teachers with overseas teaching experience in Belarus, thus almost all foreign students study in Russian. On the other hand, Russian language programmes remain one of the reasons students from Turkmenistan or China come to Belarus.

Secondly, unnecessary bureaucracy and low professionalism of education agencies may deter some foreign students. In order to enter a Belarusian university, one needs to pay for registration, pass a paid medical examination, and translate and notarise documents. Moreover, according to Belarusian law, foreign students are not allowed to work during studies.

While it may excel at creating unnecessary bureaucracy, Belarus under-performs in other areas. The websites promoting education in Belarus, such as edu-belarus.com, remain misleading, to put it mildly. Among reasons to study in Belarus listed online, one can find “enrichment of learning experience through visiting professors from USA, Canada and the UK” or “good prospects of permanent residence and settlement in Europe following completion of the programme”.

Unfortunately, it remains difficult to find visiting professors from Western countries, and education in Belarus has nothing to do with getting the right to reside in the European Union.

Another problem is that Belarusian universities lack influential alumni organisations that can help attract new students. Several famous Vietnamese people, such as Nguyen Dang Quang or Fam The Long, who currently head universities or large companies in Vietnam, studied in Belarus. However, Belarus has few students from the country at present. 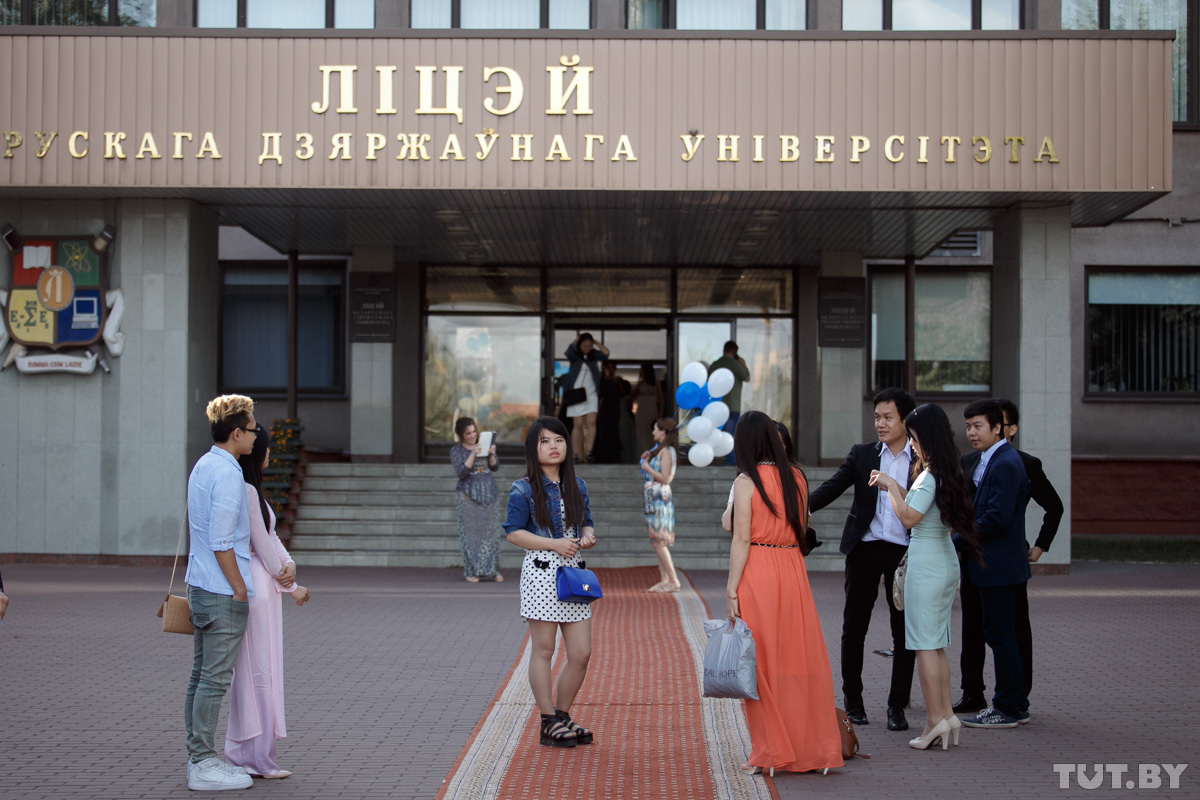 How many foreign students will arrive?

Currently, Belarus has two options – one of which seems much more desirable than the other.

On the one hand, the number of foreign students is still going to rise, as prices for housing and education will remain low for rich students no matter what. Moreover, Belarus attracts students with lower educational expectations. Many Belarusian lecturers and students complain that foreign students (especially from Turkmenistan) have shown little desire to learn. However, universities do not expel them, as they need their money. Therefore, the flow of such students will continue to grow.

On the other hand, Belarus faces difficulties attracting students with higher expectations (as well as those who have more money). Education in sub-par universities not internationally recognised in a country stereotyped as the last dictatorship in Europe is not tempting to everyone.

So far, Belarus has already succeeded in bringing many foreign students, but it should improve its education system to attract more.