Lukashenka expresses concerns over the ‘growing antagonism’ in EU-Russia relations during a meeting with a delegation from the Political and Security Committee of the Council of the EU. Recep Tayyip Erdoğan, together with a delegation of Turkish businessmen, pays... 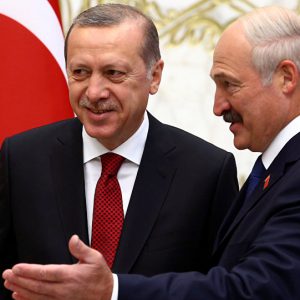 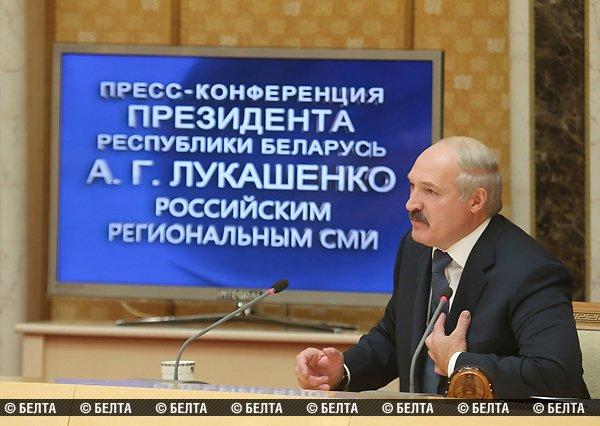 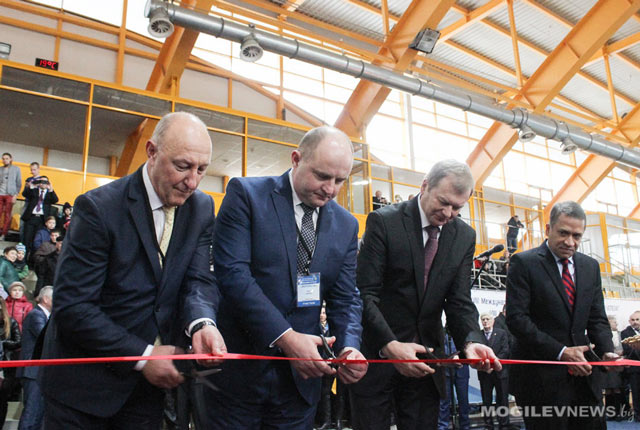 Against all odds: raising a large family in Belarus 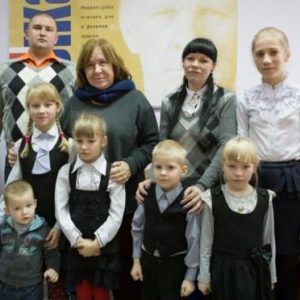 Sviatlana Alexievič and the Ravenka family from Slonim. Source: svaboda.org

On 27 October 2016, the first Belarusian Nobel Prize winner Sviatlana Alexievič made a donation to the Ravenka family, a couple in Slonim with six children.

She deliberately made her act public, as discussions of this particular case in the media are telling of the many challenges faced by large families in Belarus.

Despite some state support, large families in Belarus struggle to survive financially. Many also suffer from stereotypes and prejudices: some view families with more than two children as a burden on the social system or, even worse, as intentional parasites.

Moreover, economic insecurity, combined with the poor housing situation, are significant obstacles for Belarusians considering having more children. These hurdles threaten to make large families extinct. Even though the birth rate has grown in recent years, experts anticipate a decrease in the Belarusian population in the future.

By October 2016, the population of Belarus comprised 9,505,200 people. On 17 November 2016, the UNFPA Belarus, in cooperation with the Ministry of Labour and Social Protection, presented a study on possible demographic scenarios for the country.

Most of them predicted that the economy would continue to stagnate, keeping the birth rate low. According to the worst case scenario, the population of Belarus could fall by half a million people by 2030.

Among the major factors contributing to the negative trends, experts identified depopulation, rapid ageing, low birth rates (which do not guarantee population replacement rates), and uneven distribution of the population throughout the country. For instance, over the past 17 years, the Belarusian regions have lost about 10 per cent of their population. Currently, roughly 20 per cent of the population resides in Minsk; this is slightly more than 1,900,000 people, not taking into account those who stay in the capital temporarily.

On top of these negative demographic trends, the 21st century is transforming social perceptions of the family structure. People no longer prioritise having children. The recent increase in birth rates is likely a short term phenomenon, as the state will not be capable of supporting such trends financially.

Experts agree that in the long term, negative demographic trends could increase pressure on the social system and contribute to GDP decline. Thus, Belarus still needs to develop an effective approach towards sustaining its birth rate.

Benefits and incentives vs. harsh realities

Belarus has been actively promoting the image of a large family since the early 2000s. A family qualifies for the status of 'large family' if it has three or more children. Currently, there are over 62,000 such families. The state offers them a number of benefits and financial incentives. In 2015, it introduced a family capital programme, offering a one-time allowance of $10,000 to families who decide to have or adopt a third child.

Other benefits for large families include tax incentives and special low interest mortgage loans. The state also compensates mortgage loan payments, depending on the number of children in the family. For instance, if a family has four and more under-age children, the state covers 100 per cent of their loan payments.

Currently, more than 4,800 large families live in Minsk. If they decide to build their own house, they qualify for priority in distribution of land plots within city limits. However, in response to recent hotline questions, Head of the Minsk Executive Committee Andrej Šorac stated that individual construction would not be possible for large families in Minsk anymore.

He justified this by pointing to the lack of available plots. Ironically, only a month ago, the Minsk municipality did not have this land allocation problem when deputy prime minister Natallia Kačanava decided to build a house in the elite suburb of Drazdy.

Lukashenka, the president of Belarus, has stated on many occasions that Belarus needs at least 25–30 million people to secure full economic independence. However, large families are not likely to become common in Belarus. Fighting social rejection and bureaucratic hypocrisy is only part of the problem.

Political analyst Valer Karbalevič pointed out that birth rates are falling all over Europe, and Belarus is victim to the same trends. Moreover, he pointed out that Belarus in particular faces a number of challenges in connecting with specific social factors. These include an uncertain economic situation, unemployment, small salaries, poor housing, and migration. In the long run, these factors can only exacerbate the demographic decline in Belarus.

Callous society and a scrutinising state

Much like the Ravenka family from Slonim, which struggled to find money to make their initial mortgage payment, families with kids often face financial difficulties. On 16 November 2016, one of the leading official newspapers, Belarus Segodnia, told the story of Aliaksandr Pastolau, a father of four. After losing his job in Minsk, he decided to downshift and moved to a village in the Dokšycy district (Viciebsk province).

In August 2016, Pastolau found a house to rent and started planning to launch a small family-run farm. However, not more than a month later, social services and the local school authorities started to frequent the house. They claimed that Pastolau's children were not receiving adequate care and attention. Threats of termination of parental rights forced the family to return to Minsk.

In the Pastolau's case, safety concerns regarding heating in the house prompted local authorities to choose an overbearing manner of communication with the newcomers. Eventually, this provoked a conflict. This incident illustrates how state institutions treat large families with a heavy dose of legalism and scrutiny. Often, they use the well-being of the children as a justification to interfere in family matters.

Moreover, ordinary Belarusians can be suspicious of large families. Having more than two children may lead to questions about whether the family is deliberately seeking social benefits from the state or is overly religious. Even the ideal large family of famous Belarusian actor Pavel Harlančuk, who raised five children, gave rise to such commentary from the public.

Having a large family needs to become a more attractive option for wider sections of the population. Ideally, Belarus needs to develop more affordable housing programmes, expand the childcare system, and ensure that families do not feel economically insecure.

Last but not least, the state should also pay attention to the change of attitudes to large families in society. Sweden, for instance, is a good model. It has promoted baby-friendly public spaces and improved the reintegration of new mothers into social life.