Academics Debating Belarus in Philadelphia: Between Facts and Fictions

The 47th Annual Convention of the Association for Slavic, East European, and Eurasian Studies (ASEEES), held on 19 – 22 November 2015 in Philadelphia, offered new interpretations of the contemporary situation in Belarus.

Reflecting on the presidential campaign of 2015... 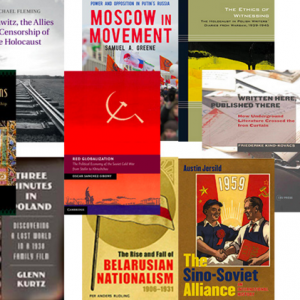 The 47th Annual Convention of the Association for Slavic, East European, and Eurasian Studies (ASEEES), held on 19 – 22 November 2015 in Philadelphia, offered new interpretations of the contemporary situation in Belarus.

Reflecting on the presidential campaign of 2015 and a lack of genuine interest from the West in its outcome, discussions highlighted the impact of the unstable international situation in the region on the political attitudes of the Belarusian society.

ASEEES conventions rank among the most significant international conferences in the field of Slavic studies. Spanning over four days and 14 sessions, with over 40 panels running simultaneously during each session, this year's Convention represented a global platform for the exchange of ideas, networking, and dissemination of the newest research trends.

In 2015 the Belarusian theme surfaced at the Convention in various contexts. For instance, the prestigious Kulczycki Book Prize in Polish Studies has been awarded to Per Rudling's book The Rise and Fall of Belarusian Nationalism, 1906 – 1931, published by the University of Pittsburgh press in 2014. However, only one panel at this year's ASEEES was dedicated entirely to Belarus.

The 2015 theme of the Convention was “Fact,” encouraging the participants to focus on accuracy, objectivity, and high-quality research. The emphasis on the need to keep distance from the ideological considerations appeared to be especially relevant for discussions in the field of Belarusian studies, which revealed two trends: first, the field remains underrepresented at academic events of this scale, and second, it is not always free from the influence of subjective approaches.

Organised by Grigory Ioffe, professor of geography at Radford University (US), the panel “Understanding Belarus” fell into the interdisciplinary category. The panelists included Ioffe himself, Stephen White of the University of Glasgow (UK), and Oleg Manaev, affiliated with the University of Tennessee and the Independent Institute of Socio-Economic and Political Studies (IISEPS, Belarus). The panel dealt with the analysis of the 2015 presidential electoral campaign and the impact of the Ukrainian crisis on regional and international politics.

Drawing on the Convention's overarching theme of “Fact,” the presentations of Stephen White and Oleg Manaev relied heavily on numerical data and results of sociological polls and surveys. Seeking explanations of the reasons for the political stability of the Belarusian regime, White turned to the social aspect and the unique scheme employed by the Belarusian government in order to maintain its positive image.

White’s presentation relied on the recent sociological surveys of the Belarusian society, conducted by David Rotman at the Centre for Sociological and Political Studies of the Belarusian State University. Regrettably, the methodologies and reliability of these sources have not been addressed in a sufficient manner. The current regime's reliance on “market socialism,” a rejection of austerity measures, and keeping social differences in check, along with the maintenance of social justice principles emerged as preconditions of its longevity.

At the same time, White noted that according to the recent survey data, Belarusians were becoming less egalitarian, compared to other post-Communist states, thus suggesting that the government's scheme on continued reliance on the “social state model” might not hold as strong as previously, especially in the conditions of growing economic problems. 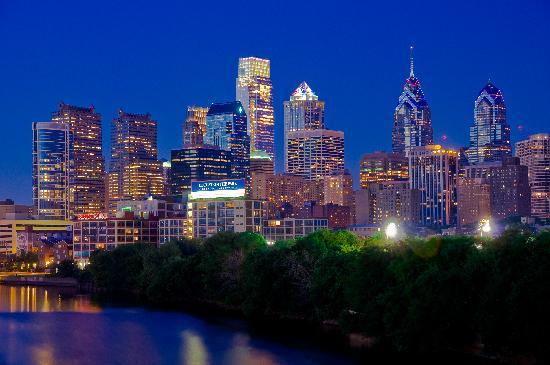 Oleg Manaev offered his interpretation of Lukashenka's dominance on the Belarusian political scene. His analysis of the recent electoral campaign was based on the independent opinion polls conducted by the IISEPS.

Manaev tried to answer the question of whether elections of 2015 represented a so-called “point of bifurcation,” or in other words, whether the Belarusian regime has reached a critical point beyond which it could turn unstable. Expectedly, conclusions were negative.

Despite continuing decrease of incomes during 2015 and considerable levels of anxiety amongst the Belarusians about the future, the foundations of the Belarusian political regime remained stable. According to the poll data, the majority of people tended to blame external actors, such as Europe and Russia, rather than seeing the faults of the Belarusian regime.

Manaev demonstrated a more critical approach to the sociological surveys in Belarus, addressing a problem of the post-Soviet mentality of the Belarusian people, which influenced their perceptions of opinion poll questions. For instance, about one half of respondents expressed confidence that elections would be free and fair, yet obviously their understanding of “free and fair” could not conform to the the commonly accepted standards in the democratic states.

Grigory Ioffe's contribution, entitled “Belarus and its East Slavic Neighbourhood” appeared to have been more controversial and problematic. Ioffe attempted to offer highlights of the Belarusian regime's achievements in 2015, to the detriment of a more critical analysis. Noting the influence of the Ukrainian crisis and growing instability in the region, he suggested that Belarus managed to extract all possible benefits from this situation and that it had overcome its international isolation.

Unfortunately, Ioffe's argumentation did not offer a lot in terms of the Convention's theme of “Fact.” For instance, the provocative assertion that Belarus apparently is “more culturally Russian than Russia itself,” only paraphrased the notorious words of Lukashenka, failing to provide a proper historical justification for such claims.

Even more surprising was the argument for a successful ongoing Belarusian rapprochement with the West, solely based on the examples of the German Chancellor Angela Merkel's and French President Francois Hollande's visits in Minsk in February 2015. Yet Ioffe chose to omit the circumstances of the visits, since the only purpose of the latter were negotiations to settle the Ukrainian crisis, while Belarus merely served as a host to the talks.

Finally, the optimistic comment on the end of Belarusian isolation did not specify that asset freeze and travel bans have not been lifted, but only temporarily suspended as a reaction to the release of political prisoners in August. That serves as an encouragement of further progress in the human rights situation and not as a recognition of the Belarusian regime. In this context, Ioffe's optimistic belief that “Western funding would be resumed” appeared to lack a proper argument, leaving the audience pondering over the question, whether “understanding Belarus” could be that straightforward.

Despite the obvious trends towards generalisations, the panelists agreed that the current political regime, and to a lesser degree the majority of the population, continue to think in terms of internal stability and reluctance to venture out of the existent status quo, especially given the changing geopolitical situation in 2015.

Next Convention of ASEEES is scheduled to take place in Washington, DC in November 2016. It will be centred on the theme of “Global Conversations.” Online submissions of proposals, including individual papers, panels, and roundtables are due by 15 February 2016.

Journal of Belarusian Studies 2015: History of the Belarus-Poland-Lithuania Borderland 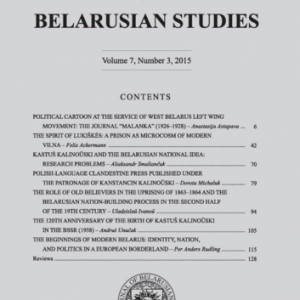 The 2015 issue of the Journal of Belarusian Studies released today is almost entirely about history. It focuses on the Belarusian-Polish-Lithuanian borderland and the period stretching from the uprising of 1863 to the inter-war period of the 20th century when the territory of today’s Belarus was split between the Soviet Union and Poland.

The issue opens with an analysis of humour as a weapon of the political forces in Eastern Poland, what is now West Belarus, in the interwar period. The article, by Anastasija Astapava from the University of Tartu in Estonia, explains the historical context of the 1920s and how various political groups were struggling for the minds of Belarusians by ridiculing political realities of that time. Rare pictures from interwar periodicals richly illustrate the article. 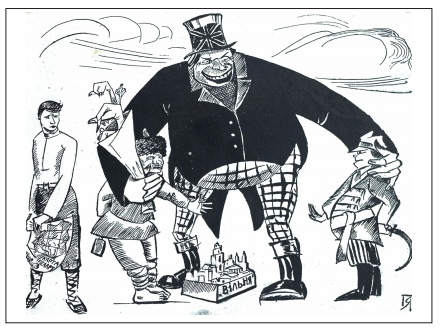 Felix Ackermann, a DAAD Associate Professor at the European Humanities University in Vilnius, devotes his article to the Lukiškės prison in Vilnius. The prison was a hotbed of political struggle in the Russian Empire in the late 19th and early 20th centuries.

It was a place of detention for scores of Belarusians, Lithuanians, Poles and other activists fighting for their causes in multi-ethnic Vilnius at that time. It was the only prison in the Russian Empire to incorporate Russian Orthodox, Roman Catholic and Jewish places of worship at the heart of its infrastructure.

The subsequent four shorter articles resulted from the Kastuś Kalinoŭski and the Nation-Building Process in Belarus conference, which brought together over a dozen of scholars from Belarus, the United Kingdom, Lithuania and Poland. Kastuś Kalinoŭski is a national hero of Belarus who led the 1863–1864 uprising against tsarist Russia.

Aliaksandr Smaliančuk, a Belarusian historian from Hrodna who is currently affiliated with the Polish Academy of Sciences, analyses the research problems which historians face when they tackle the historical role of Kastuś Kalinoŭski in Belarusian nation building. He argues that Kalinoŭski should not be seen as a creator or even a bearer of the Belarusian national idea but instead as a link in the gradual evolution of the Lithuanian idea in the ‘Belarusian direction’.

Dorota Michaluk from the Nicolaus Copernicus University in Po- land analyses the Polish-language clandestine press published under the patronage of Kastuś Kalinoŭski around the time of the uprising against the tsarist authorities in 1863–1864. One of her findings is that the periodicals did not promote the idea of separatism of in Lithuania and Belarus but instead called for national unity and the restoration of the whole of the old Polish-Lithuanian Commonwealth.

Uladzislaŭ Ivanoŭ from the European Humanities University in Lithuania looks at the role of Belarusian old Believers in the Kalinoŭski uprising. Old believers were a Christian Orthodox sect who refused to accept church reforms in Russia in the 17th century and who after being persecuted settled in the territory of Belarus. The author shows how the old believers tried to reconcile their ‘Russianness’ with their ‘Belarusianness’.

This issue also includes the transcript of the first Annual London Lecture on Belarusian Studies, which was hosted by the School of Slavonic and Eastern European Studies of University College London in March 2015. Per Anders Rudling from the University of Lund in Sweden tracks the development of the Belarusian national idea from the 18th century to modern day Belarus.

The issue also includes two book reviews – one by Stephen Hall examining the meaning of Europe for the Belarusian and Ukrainian authorities, and the other by Siarhej Bohdan looking at relations between various ethnic groups in Eastern Poland in the inter-war period, which is now Western Belarus. Brian Bennett, Chairman of the Anglo-Belarusian Society and a former British Ambassador to Belarus prepared an overview of activities of the Anglo-Belarusian Society in 2014. 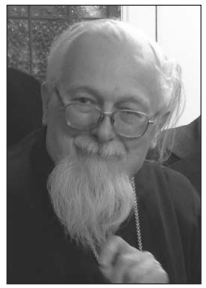 On 15 April 2015 Fr Alexander Nadson, a spiritual leader of the Belarusian diaspora in the West, a member of the Advisory Board of the Journal of Belarusian Studies and a former chairman of the Anglo-Belarusian Society passed away in London. Fr Alexander left a legacy of not only religious texts and translations but also books and articles on various aspects of Belarusian studies.