Belarus-Russia relations Belarusian language Belarusian military travel to Belarus
Why Support Belarus Digest? Donate
BelarusDigest > All > American and German Experts on How To Deal with Belarus – Digest of Belarusian Analytics

Last month was rich in international events and analytical materials discussing the situation in Belarus. On 25-26 October Belarus was discussed on both sides of the Atlantic - at the US-Central Europe Forum in Prague and at the Carnegie... 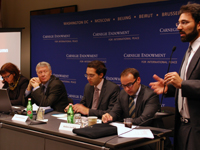 Last month was rich in international events and analytical materials discussing the situation in Belarus. On 25-26 October Belarus was discussed on both sides of the Atlantic – at the US-Central Europe Forum in Prague and at the Carnegie Endowment for International Peace in Washington, DC. In addition, David Kramer and Hans-Georg Wieck unveiled their visions of how to deal with Belarus.

20 Years of Belarusian Independence: Current Challenges and Future Development – Balázs Jarábik, Matthew Rojansky and a number of other experts discussed popular attitudes towards the Lukashenka regime, Belarus’s economy, and Belarus’s relations with the United States, European Union, and Russia at a two-panel discussion in Washington D.C. hosted by the Carnegie Endowment for International Peace.

Do’s and Don’t’s on Belarus – David J. Kramer, President of Freedom House, has formulated 10 things for the West to do in dealing with Belarus. Kramer is sure that "Lukashenka’s departure would free the people of Belarus from Europe’s last dictator and lead to positive engagement from Europe and the West" so Lukashenka’s demise should be facilitated via "ten things the West should do and ten it should avoid".The proposed measures focus primarily on isolation of the Belarusian regime and additional economic and political sanctions.

German Association "Human Rights in Belarus" strategy report – the document focused on the situation in Belarus with recommendations for action by the European Union and its members. The unveiled  report outlined its vision of European policy towards Belarus. The Head of the Association is Hans-Georg Wieck, former head of the OSCE mission in Belarus. The main message of the report is broader engagement of Belarusians into Europe as a whole. Visa exemptions and reduction of visa fees, large-scale expansion of employment and educational opportunities for young Belarusians, are among the proposed measures.

Recovery, planning, consolidation: the development of political parties between elections – political scientist Yury Chavusau notes that today Belarusian political parties are engaged in the intra-party and coalition processes, rather than a struggle for power. Sharp deterioration in economic conditions and increasing dissent in society became an unexpected challenge for all opposition parties. It seems that today the political parties can only articulate alternatives but not aggregate political interests.

Belarus and Eastern Partnership: Civil Society Catches Initiative – Larisa Doroshenko analyzes the results of the Conference of the National Platform of EaP CSF (Minsk, October 29). The expert draws attention to the debates inside the civil society about the possible politicization of the Platform. She sees them as an example of dialogue within civil society aimed at achieving solidarity through democratic tools.

Roundtable: The judiciary and political repression – Garry Pogonyaylo (Belarusian Helsinki Committee), Elena Tonkacheva (Legal Transformation Center), and Oleg Ageev (former lawyer of the Minsk City Bar) discuss the possibility of Belarus' independent judiciary. Experts conclude that today the situation is developing in a direction opposite to strengthening judicial independence so it is nearly impossible for the judiciary to resist tyranny. 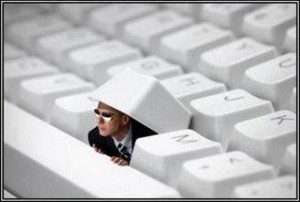 Today Belarusian courts sentenced two people to 5 and 7 days of arrest for taking part in an unauthorized protest on 21 October. More people were detained on the 21st but only two were prosecuted. A few hours ago another action of solidarity with political prisoners was held in Minsk. So far no detentions were reported.

Both on the 21st and today Belarusian security services blocked several opposition web sites.  Other notable events included a swift approval of the new set of amendments aimed at restricting political ad civil society activities in Belarus. It took the upper chamber of the Belarusian parliament just 30 minutes to discuss and adopt the controversial amendments.

Security forces in the way of the media war. Belarusian security forces have launched a web-based resource "Traitors of Belarus" where well-known public and media persons (Alexander Shalaika, Ulad Velichka, Irina Khalip, Yulia Darashkevich, etc.) are represented in black paint. Experts believe that the site was created as a reaction to the resonance web project https://www.posobniki.com, which has an ideologically opposite content.

Valiancin Stefanovich fined. On 19 October, the tax inspector of the Minsk Partyzanski District has fined human rights defender Valiantin Stefanovich Br 727,330 (approx. $545) for alleged understating of his income. Stefanovich is a close associate of Ales Bialiatsky who is currently kept in prison on tax evasion charges. Both are active in the Human Rights Center "Viasna".

Supreme Court turns down lawsuit by Speak the Truth campaign. On 19 October, judge Mikalai Babkou has dismissed a lawsuit lodged by Uladzimir Niakliayeu and Siarhei Vazniak, contesting an earlier decision by the Ministry of Justice to deny registration to the civil campaign. This is the second time Speak the Truth is applying for an official status, after the Ministry of Justice refused to register the NGO.

No criininal case against Mikhalok. General Prosecutor announced that his agency did not file criminal charges against the leader of the group Lyapis Trubetskoy Sergei Mikhalok.

IT as a tool of repression. On 19 October, a roundtable "The embargo on digital technology’s pressure" was held in Minsk. The organizer is the Assembly of Pro-Democratic NGOs. The participants discussed possible ways to prevent the Belarusian authorities from using digital technology as the repression against civil society.

Viasna awarded Danish Freedom Prize. The Human Rights Center “Viasna” has been awarded the 2011 Politiken Freedom Prize, an international human rights award sponsored by the Denmark-based Politiken radical-social, liberal newspaper. Founded in 2007, the Freedom Prize is awarded for taking “an outstanding responsibility in the fight for freedom and fundamental human rights”. The awarding ceremony will be held in Copenhagen on 14 November.

Belarusian NGOs address Parliament on controversial draft laws. On 19 October, an appeal signed by representatives of 25 NGOs and other non-profit organizations was passed to the Council of the Republic, the Upper Chamber of the Belarusian Parliament. The appeal expresses deep concern about the proposed amending of a number of key legal acts, including the Criminal Code and the Public Associations Code, as well as the Mass Events Code.

Swift approval of repressive laws. On 21 October, the Council of the Republic has approved the amendments to the Mass Events Code on its session. Discussion and approval of the bill took thirty minutes. Speaker of the Council Anatoly Rubinov listed 15 human rights NGOs, signed the appeal against the amendments, and expressed his surprise: "How we haven’t democracy if we have so many human rights organizations?"

Local EU Statement on some repressive draft laws. On October 19, the European Union Delegation to Belarus has issued a statement urging the Belarusian authorities not to pass “some repressive draft laws” that “would severely limit the freedoms and rights of Belarusian citizens and represent a step backwards as regards Belarus’ respect for human rights and the rule of law”.

International training program launched. On 11 October and 18 October, presentations of an International training program Business Edge were held in Hrodna and Homel. Head of the Belarusian office of International Finance Corporation (IFC) Max Yacub noted that Business Edge program is part of IFC funded by USAID. The purpose of the Program is to help Belarusian entrepreneurs to improve their activity through education and interaction with experienced practitioners.