An American in Belarus 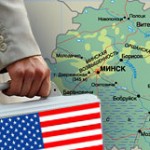 I came to Minsk in order to brush up on my Russian before taking a language exam as part of my Master’s degree requirement at George Washington University. Now...

I came to Minsk in order to brush up on my Russian before taking a language exam as part of my Master’s degree requirement at George Washington University. Now the reader may think, “Why would you go to Belarus in order to study Russian?” That would be a perfectly legitimate question if the reader is unfamiliar with Belarus, as is often the case in the West.

The answer is because they speak Russian in Belarus, albeit with an accent, which I haven’t noticed. But then again for foreigners, it’s often difficult to pick up on nuances, cultural or otherwise. Belarusians often joke that politicians here speak Russian with a Belarusian accent in an attempt to gain the sympathies of the villagers, but such nuance is lost on me. In fact, the only politician I have heard publicly speak is the President, Alyaksandr Lukashenka.

All the same, there is a Belarusian language and it is present; aside from the most noticeable forms, which include street signs and metro announcements, there are a growing number of Belarusian speakers. I, however, had only one real encounter with the Belarusian language, and that was at a play performed in Belarusian that I attended with a Belarusian friend at the Republican Theater of Belarusian Drama. “Adamavy Zharty” was an interesting take on the creation story that started out conventionally with God taking one of Adam’s ribs, but devolved into a busty Belarusian maid making advances on a demon while trying to sow discord in Adam and Eve’s relationship – the audience loved it. It was quite good, and I enjoyed it with the help of my friend and knowledge of Polish.

Belarusian people are on the whole very warm and nice, but can be definitely separated into those you are familiar with and everyone else. For instance, the ladies that ran the administration and taught at Minsk State Linguistic University were a delight. They genuinely care for the students and provided a great atmosphere for learning, not to mention at a very affordable price as compared to similar programs in Moscow or St. Petersburg.

But like most anywhere, the people I did not become acquainted with were simply strangers. With strangers in Belarus, there isn’t a necessity to exchange pleasantries like in the West, which can be good or bad. Consequently, I am sure that I know where I stand with most Belarusians. If I am greeted or if my greeting is returned, it is from a sincere place. On the other hand, when a cashier at the store stares daggers at me instead of offering a “thank you,” like I am used to; it can be a bit tiring. Back home, I know that most people could care less how I’m doing, but they still ask, and its okay; we both know that it is just a common courtesy. In Belarus, not so much.

When writing about Belarus it is impossible to pass over the political situation. Anyone involved in European politics knows that Lukashenka has been called the “Last Dictator of Europe,” and the truly observant know that he was recently shown in a Russian-produced, made-for-TV-movie called “Godfather”. But before rushing to judge Belarusians on what appears to be their acquiescence to strong-arm leadership tactics, one must understand the political context leading up to the current situation.

Belarus lacks the political history and citizen participation in the government that has defined the history of many Western states. Many of the citizens’ movements in the United States for example, such as women’s suffrage, civil rights, anti-war, and various others, simply haven’t happened here. Belarus lacks the political history and associated norms that many Westerners take for granted.

I also get a sense of fatalism about their political future from Belarusians, which I’ve come to think of as a defense mechanism. We all have learned to live with certain things that we cannot change, and of course it doesn’t make much sense to sit and stress about those things. But if we realize that a situation can change, then it necessarily becomes our duty to do what is in our power to bring about the desired change, even if it comes at a personal sacrifice. By not acknowledging the reality that political leaders can and should be held accountable for their decisions, Belarusians are avoiding the risks involved in attempting to hold authorities in Belarus accountable.

The majority of Belarusians that I spoke with cling to the notion that the government is so far removed from the people that it effectively remains unaccountable to them. Moreover, attempts to criticize or hold the administration accountable could result in repression of some nature, whether it be the loss of a job, a visit by the tax police (usually in Russia), or the denial of admission to a state run university. The cost-benefit analysis that takes place when calculating the amount of personal risk one is willing to accept in order to bring about political change is currently weighted in favor of inaction.

There is a lot to be said for stability, which seems to be at the heart of what Belarusians want. What good is democracy if you can’t feed your family or find work? The prospect of going through the political and economic turmoil that has accompanied even peaceful transitions to democracy, to say nothing of the potential for violence, understandably weighs into the calculus of Belarusians when they actively or passively avoid becoming involved in politics. Indeed, the fire sale of Russian industry and the political turmoil of the 1990′s, combined with the widely perceived failure of the Orange Revolution in Ukraine, have made a swift transition to democracy accompanied by mass privatization in Belarus a rather large pill to swallow.

The populace has, thus far, opted for stability. Regardless of the feelings that the reader may have for Lukashenka, he has presided over economic growth, attempted to lead an independent foreign policy, and maintained internal stability. There have been repressions, and it is widely said that there are consequences that can come from becoming too involved on the wrong side of the political spectrum, but the country has been able to avoid mass repression on the scale of, say, last year’s post-election crackdown in Iran.

Belarusians for the most part are correct in their innate sense that when a leader is able to maintain his grip on power, consolidate the authority of the government in the executive branch, and monitor and censor the communication activities of its citizens, it widens the gap between the authorities and those from whom their authority is derived, making it more difficult to hold them accountable. Where Belarusians are wrong is in thinking that nothing can be done to narrow the gap. It is through demanding government transparency, civil liberties, and the proper enforcement of the law, citizens can begin to hold policy-makers accountable. It is highly unlikely that such accountability will be the result of self-administered reforms, for as long as leaders are able to act with impunity, it is likely they will.

Belarus is very much in a period of flux: most certainly in its relations with Russia and the European Union, its two largest neighbors. Lukashenka is likely trying to perform a balancing act between maintaining enough control to avoid jeopardizing his grip on power and being perceived by the West as too overtly oppressive as to disqualify himself from EU aid programs.

If the Lukashenka regime is able to maintain its balancing act absent real political reform, then stability will be maintained and Belarus will continue to politically and economically lag behind the West. Until that paradigm falters, it is likely that Belarusians will be content to allow the slow erosion of their civil liberties and the continuance of near economic stagnation.

Belarus is a pleasant country with welcoming and warm people and a rich history. It should rightfully take its place among the developing and developed democracies of Europe, acting as a bridge to encourage the eastward spread of European and American norms of governance and economic development.

In order to do so, the Belarusian people will need to choose to hold their leaders accountable. Once that choice is made, it will then be the job of external observers to encourage grass-roots political participation and offer support if it is requested without interfering in the country’s natural development. I am confident that Belarus will eventually join the West and end its political and economic isolation, albeit on its own terms. 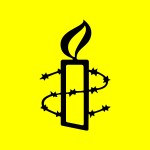 Amnesty International has welcomed the release of Yevgeny Yakovenko, a conscientious objector who had been sentenced to one year in prison for “evading military service”. He was released under an amnesty marking the 65th anniversary of the end of the World War II.

Earlier this year two other conscientious objectors have been acquitted. In what appears to be a positive trend Belarusian conscientious objector Ivan Mikhailau has been acquitted of the charge of “evasion of conscription measures.” On 4 May, Ivan Mikhailau’s case was heard for a second time by Minsk Regional Court and he was found to be not guilty. Amnesty International had been vocal on his case. This was followed on 31 May by another acquittal of a conscientious objector. Dzmitry Smyk, a Jehovah’s Witness who had been charged with avoiding mandatory military service was acquitted by central court in the Belarusian city of Homel. The judge commented: “Smyk’s actions do not constitute a crime.”

Amnesty International has welcomed the release of a conscientious objector in Belarus who had been sentenced to one year in prison for “evading military service”.

Yevgeny Yakovenko, who refuses to carry arms because of his pacifist convictions, was amnestied by a panel of judges in the south-eastern city of Gomel on 23 July.

He was released under an amnesty marking the 65th anniversary of the end of the second world war.

He has repeatedly requested that he be allowed to perform an alternative military service.

“Yevgeny Yakovenko’s release is a positive step but there is still no alternative civilian service in Belarus, which means that he may be summoned to perform military service again,” said Heather McGill, Amnesty International’s researcher on Belarus.

“The authorities must ensure that Yevgeny Yakovenko’s right to conscientious objection is observed and that he is not prosecuted again for his beliefs.”

Yevgeny Yakovenko’s release comes after two other conscientious objectors, Ivan Mikhailau and Dzmitry Smyk, were freed in May.

Both men had refused to carry arms on religious grounds and had asked to perform an alternative civilian service.

Yevgeny Yakovenko, a member of opposition party the Belarusian Christian Democracy, was charged with “evading military service” on 20 January 2010.

He was found guilty by the Central District Court in Gomel on 4 June.

On 10 June Amnesty International sent a letter to the Prosecutor General in Belarus, Grigory Alekseevich, calling for Yevgeny Yakovenko’s release.

However, the laws allowing for an alternative civilian service have not yet been passed which means that many young men continue to be prosecuted.

“The Belarusian authorities must absolve all conscientious objectors from military service and provide them with a genuine civilian alternative,” said Heather McGill.

The right to refuse to perform military service for reasons of conscience is inherent in the right to freedom of thought, conscience and religion in the International Covenant on Civil and Political Rights and the Universal Declaration of Human Rights.