The authorities confiscated over 5,000 books from a former... 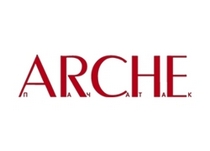 The authorities confiscated over 5,000 books from a former chief editor of Arche Valery Bulhakau. According to state TV-channel, these books are “stinky literature" and "works, leaning towards extremism."

Seizure of Valery Bulhakau’s books is the next stage in the fight of authorities against Belarusian intellectual community. This September the authorities already sacked academics for writing books and fairy tales.

In Belarus state-owned houses publish almost exclusively pro-governmental authors. People do not buy their books and consequently authorities just send them to the libraries. In these circumstances, independent publishing houses carry out the function of studying Belarusian history, normally performed by the state.

The story of Arche magazine serves as a good illustration of it. Arche is a humanitarian monthly journal about Belarusian history, politics, art and literature. Since 1998 not only Belarusians publish there, but also foreign intellectuals. In addition, Arche translates works of global researchers like Andrew Wilson or Zbigniew Brzezinski into Belarusian language. Now it seems that the authorities decided to close down the journal.

How It All Began

On 14 September, chief editor Valery Bulhakau presented in Hrodna a new book from Arche magazine series on "The Sovietization of Western Belarus." During the presentation, tax inspectorate staff did "test purchases" of several books. Mr Bulhakau was seeling the books without any receipts, and therefore was accused of illegal business activities.

Belarusian authorities decided that Dr Valery Bulhakau broke the law, although the sale of books without receipts at book fairs is a common practice around the world.

Clearly,  the offence is only an excuse to launch a wave of repression against Arche. In addition to targeting Bulhakau, he authorities also plan to deprive the magazine’s incense. With no bank account, it will not be possible to publish a new edition of Arche.

Today, Valery Bulhakau does not rule out a criminal case against himself. By the way, to take re-direct the impact away from the journal, Mr. Bulhakau resigned as its editor-in-chief. Today, another well-known Belarusian intellectual Ales Pashkevich performs the duties of editor-in-chief.

Obviously the society with free mind stands in the authorities’ way. By closing Arche they want to scare all Belarusian intelligentsia. The aim of authorities is to marginalise Belarusian independent research and publication. It is very important for the state ideologists that humanitarian researches should not go outside the frames set by the authorities or shatter the ground of the official pro-soviet history.

Today, authorities are trying to accuse Arche of extremism.State propaganda claimed that seized books "give dubious interpretation of Belarusian history during the Nazi occupation."

Among 20 different titles which were seized, only two related to the Second World War. Belarus state journalists were impressed by a fairly common thesis among historians that the Soviet Union was itself planning an attack against Hitler's Germany. According to the state television, through such statements Arche publishers are “promoting Nazis’ speeches at Nuremberg trial".

Belarusian historian Uladzimir Lyakhouski demanded an apology from Belarusian Television to Arche. In his view, "comments and the visual sequence accompanying the report can be interpreted as Goebbels’ technique, through which the truth is replaced by lies and falsification."

It is not the first time they call Arche an extremist publication.  In 2008, customs officials confiscated from Ales Pashkevich several copies of the magazine. That edition was about the Grand Duchy of Lithuania, but also had several articles about Belarusian politicians. Exactly these articles a court found extremist at that time. However, when Arche magazine filed an appeal, the KGB decided to withdraw its claim.

What Arche Means for Belarusians

Harassment of the magazine became a cause for reflection what Arche represents for Belarus. The titles seized from Bulhakau included books about the first Belarusian city of Polatsk, the Grand Duchy of Lithuania, famous Battle of Grunwald, Belarusian People's Republic. Generally, Arche editions cover the whole Belarusian history – from ancient times to its contemporary problems.

Arche magazine is a Belarusian intellectual centre, which collects research about Belarusian history at the time when the government censors such history. In fact, Arche perform tasks that  the Ministry of Culture and Education should perform. Also, authorities still do not like the journal's international recognition. Incidentally, Arche is a member of Eurozine network, which combines cultural magazines across Europe.

Will the Magazine Continue to Exist?

Valery Bulhakau says to preserve Arche in current format is almost impossible. It seems that the magazine will have to completely migrate to Internet. At the same time, it is clear that the Internet is not really suitable for long scientific research articles.

To rescue the journal, many in Belarus call for demonstration of solidarity – both in Belarus and abroad. Belarus Digest  discussed the journal's future with acting editor in chief Ales Pashkevich.  Pashkievich said that  it "was difficult to predict what the case tends to. The result may be cancellation of the magazine’s registration, or imposing huge fines on so that it stops existing by itself."

Pashkievich assured that Arche stuff will do their best to continue their work and asked people to show solidarity and send  written requests to the Ministry of Information.

Staff members of the Department of Financial Investigations of the Committee of State Control do not give any comments on Arche’s case. It could be that the authorities have not yet made ​​a final decision to close down the magazine. The final decision may  depend on how broad the solidarity with Belarusian intellectuals will be. 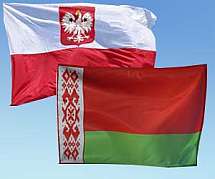 Since the economic indicators provide some worrisome trends, analysts also examine Belarus's economic position in the aftermath of Russia’s entry into the WTO.

In New Eastern Europe Kamil Klysinski describes negative tendencies that appeared recently in the Belarusian financial market. At the same time, the analyst argues that Minsk does not respond to these increasing difficulties with adequate reforms. He indicates an increase in the amount of money in the market turnover of 21 per cent.

Another factor relates to a significant increase in demand for foreign currency when compared to supply. According to the analyst, the increasing rates of income in the state sector explains the present tendencies. The analyst notes that it is related to the September parliamentary elections. Moreover, the possible dissatisfaction of the state-owned company workers might lead to protests.

In another text for the Centre for Eastern Studies Kamil Klysinski elaborates on the current economic situation of Belarus. He comments on the loss of an important source of income from exports. This is caused by Moscow, which decided to block the re-export of Russian oil products to the EU countries without export duties. The author argues that because of such practices Minsk could have earned $2.5bn.

The expert notes that Russia has tolerated these duty free exports since the beginning of 2011. However, due to the lack of proper concessions for the privatisation of strategic Belarusian companies, Moscow decided to sharpen its stance and cut Minsk practises. In conclusion, Klysinski suggests that the economic situation of Belarus is going to deteriorate within the next few months. The Belarusian authorities can decide to devaluate the Belarusian ruble and at the same time, seek more subsidies from Moscow.

In a Bulletin issued by the Polish Institute of International Affairs Anna Maria Dyner analyses the pre-election situation in Belarus. According to her, the whole campaign had only marginal importance. She notes that because of the repressive regime imposed by the state, a dialogue between the authorities and society did not happen. Thus, the limited airtime given to the candidates, but also lack of interest in the issue among the state media, determined the pre-election mood in the society. Moreover, the analyst argues that no serious discussion concerning the situation of Belarus was carried out in public.

Dyner takes a closer look at the opposition’s problems. Among the most burning issues she raises is a lack of united action, but also limited financial resources to run a campaign. The analyst critically evaluates internal divisions within the opposition and their inability to reach out to the Belarusian electorate. At the same time, the opposition parties did not manage to prepare a comprehensive political programme.

She recommends that Poland and the EU prepare a consistent and long–term programme of support for Belarus. So far temporary and short-term actions undertaken by Brussels have failed to bring about any changes. At the same time, she underlines that support for Belarusian society should remain on the EU’s agenda.

The opposition’s performance in the elections often appears in other comments. In a commentary prepared for the Centre for Eastern Studies Kamil Klysinski argues that the elections proved not the opposition’s only weakness, but also its inability to work out a unified position had a detrimental effect as well. Moreover, the analyst concludes that since the election results have not been recognized internationally, it might lead to further isolation of Belarus and its closer cooperation with Russia.

In the Korespondent Wschodni Wojciech Borodzicz-Smolinski analyses the Belarusian opposition. He notes that one of the factors that helps Lukashenka stay in power is the lack of a political alternatives for society. According to him, the divisions within the opposition have two sides.

First of all, they are due to ideological factors. Nonetheless, more important are the apparent private animosities which hinder the integration process of the opposition. Borodzicz-Smolinski highlights the particular moments when the Belarusian opposition attempted to unite. One of the most crucial moments was before the December 2010 presidential elections. The analyst notes that the EU and the West still have to wait for a serious partner from those among the opposition with whom to discuss the future of Belarus.

Kamil Klysinki also discusses, for the Centre for Eastern Studies, the consequences of Russia’s entry into the WTO in August 2012. Minsk will have to decrease the level of import tariffs which in consequence may require a larger opening for foreign goods. At the same time, the Russian market will have to be more open for imports from the WTO member states. Thus it will become more competitive for the Belarusian companies. The analyst notes that all of that does not make Belarus an attractive country for investment and may delay Belarus's entry into the WTO.

The author concludes that Lukashenka argues that there have been high costs from Russia’s entry into the WTO for the Belarusian economy, in order to gain more financial aid from Moscow. Minsk can also aim to export more to non-European markets, which appears as the short-term and temporary solution. Klysinki emphasises that the Belarusian regime has to urgently implement economic reforms.

Paula Borowska
Paula Borowska is currently completing a PhD on religion and social capital at University College London. She holds a Master of Arts degree in Interdisciplinary Research and Studies on Eastern Europe from the University of Bologna.
all articles » Follow @
belarus-russia relations Belarusian opposition elections Parliamentary elections Poland wto