Arnold McMillin: Belarusian Literature from the 1970s to the Present Day

This is a pioneering work of such...

This is a pioneering work of such kind in English, up-to-date and reflecting on Belarusian literature through the eyes of the western scholarship. The book launch will take place in London on 25 February, 5.30 pm (Masaryk Room, floor 4, SSEES, 16 Taviton St, WC1H 0BW).

In the publisher’s words:

Belarusian literature, which survives and, indeed, flourishes in the face of unfavourable domestic political conditions, deserves to be far better known in the West. It continues to flourish as an important aspect of national consciousness in a semi-denationalized state, and at its best can compare with the literature of its Slav neighbours including Russia.

The present monograph, the first of its kind, attempts to describe and assess the work of nearly two hundred writers and literary groups, ranging over poetry, prose and drama. The coverage includes provincial as well as metropolitan literature and groupings, and pays particular attention to seven outstanding authors of the period, to historical writing which is particularly important in a country where history has been suppressed and denied, and to the youngest generation of talented poets and prose writers born in the early 1980s at the very end of the Soviet Union’s existence.

The book is extensively illustrated with examples of poetry in Belarusian with English translation, and of prose and drama translated into English. There is a comprehensive Bibliography of some seventeen hundred primary and secondary sources, and an extensive Index of Names to aid access to individual writers covered. 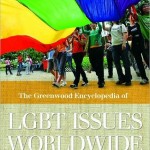