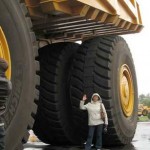 London's Financial Times published another piece on Belarus economy. About a year ago the leading European business newspaper released a special supplement devoted to promotion...

London’s Financial Times published another piece on Belarus economy. About a year ago the leading European business newspaper released a special supplement devoted to promotion of Belarus as an attractive investment destination. This week, Jan Cienski in Minsk describes how the Belarusian authorities are trying to raise some cash without losing control over the state-owned large enterprizes:

The parking lots of Belarusian heavy truckmaker Belaz offer a hard-to-miss clue to how the ex-Soviet republic is tackling the downturn. They are packed with unsold bright yellow behemoths.

The reason for the enormous inventories is that the government – through the four largest state-controlled banks – has pumped cash into the state-owned enterprises that make up three-quarters of the economy.

The International Monetary Fund foresees no contraction in Belarus this year, in contrast to the deep recessions taking place in neighbouring Ukraine and Russia. Keeping state enterprises afloat has preserved jobs – unemployment is officially only 1 per cent.

However, the policy could be storing up trouble for the banking system. Andrei Kobyakov, the country’s deputy prime minister, says that the banking system’s non-performing loans are only 4 per cent. But Standard & Poor’s, the rating agency, says problem assets in the financial system could rise to as high as 35-50 per cent “in a reasonable worst-case scenario”.

An overwhelmed banking system would have the potential to shake the regime of Alexander Lukashenko, the authoritarian president.

“What is happening now is a question of Lukashenko holding on to power,” says Irina Tochitsky, deputy director of the IPM Research Centre, an economic policy think-tank. “His ratings are closely tied to people’s view of the ­economy

Lukashenko is trying to reform the economy and attract vital foreign investment without losing political control. Until 2007, Belarus was a very strong performer despite undertaking almost no economic reforms. But that year Russia tired of supporting its smaller neighbour and began to demand higher prices for oil and gas.

Pushed to the wall by Moscow, Mr Lukashenko began a tentative opening to the west, releasing political prisoners in the hope of attracting much-needed investments. He also undertook a series of economic reforms, reducing red tape, ending government price controls for most goods in shops and taking steps to privatise some state assets.

The Internet, Free Expression, and Authoritarianism 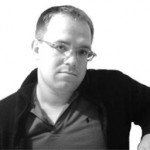