Belarus and Customs Union: From Subject to Object of Integration

New regulations came from the Customs Union and show how Russia forces its partners to adopt Russia's own rules of the game.

Belarus is stuck in the middle of the... 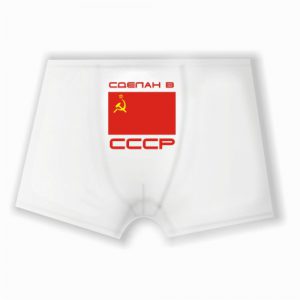 New regulations came from the Customs Union and show how Russia forces its partners to adopt Russia's own rules of the game.

Belarus is stuck in the middle of the process of integration with Russia. If Belarus had previously been the subject of this process, it is now transforming into an object.

In the past, Lukashenka`s regime showed more interest in the development of these projects, having seen long-term perspective for bolstering itself. Now the authorities are trying to stop as many of these integration projects from proceeding forward.

Belarus` lack of involvement into any other integration projects only deepens its dependence on Russia. However, the West still can help Belarus to emancipate it from its complicated relations with the Russian Federation.

On 8 February, Alexander Lukashenka took a ski ride with Russian PM Dmitry Medvedev. The two leaders have plenty of subjects for private conversation, as the Kremlin is seeking the sale of Belarusian enterprises. Both of them looked cheerful, though the Belarusian leader had little reason to celebrate.

Two days earlier, on February 6, Dmitry Medvedev announced that Russia could start its anti-dumping investigation against Belarusian dairy products. Belarus subsidises its own agriculture and guarantees its high quality and affordable price for all of its the dairy products. Over the past year Belarus exported dairy products to Russia for a total of about $ 2bn. It might come to pass that the Russian authorities force Belarus to sell milk production.

Hitting dairy production can significantly damage Belarus' already deteriorating economy. The dependence Belarus' has on the market of the Customs Union with Russia and Kazakhstan, combined with the protectionist policies of the European Union, leave little chance for diversification.

It seems that the Belarusian authorities will soon put up for sale its domestic machine manufacturing. Last week, Prime Minister Mikhail Miasnikovich said that the level of consumer complaints towards Belarusian-produced tractors has grown by 25%, while the Belarusian Ambassador in France Pavel Latushka said that Belarusian equipment has often broke down, even during presentations abroad.

Such governmental regulations as the ban on the sale, importing and producing of synthetic underwear show that Belarus is stuck in its integration projects with Russia. The Kremlin, with increasing assertiveness, seeks retribution for the financial assistance that it provides to Lukashenka. The Belarusian authorities have few means at their disposal to resist the pressure. These problems are the result of Belarus' off-balance foreign policy.

Belarus in the fold of Russian projects

Belarus remains Russia's main ally in its economic and political integration process, although the Belarusian role of as a partner is more of a lord-vassal relationship. The number of various integration initiatives in Russia may confuse even an experienced observer.

Belarus is one of the three founders of the Commonwealth of Independent States. The leaders of the Belarusian Soviet Socialist Republic, Russian Soviet Federative Socialist Republic and Ukraine signed an agreement on 8 December 1991 in Belavezha Forest, in Western Belarus, that launched the CIS. Minsk hosts the headquarters of the organisation. This structure briefly pledged economic integration, but in the end it became little more than a discussion platform.

In 1993, Belarus joined the Russia-controlled Organisation of Collective Security Treaty. This military alliance unites Russia, Kazakhstan, Armenia, Tajikistan and Belarus. In 2009, Belarus refused to sign the agreement on a joint rapid reaction force, as is “Russia undermining the economic security of Belarus.” Later on, the parties were able to resolve this conflict and Belarus signed the document with no further public protest.

Belarus has long promoted the idea of the Union State with Russia. The project began in 1997, has its own budget and built its own system of governing bodies. Lukashenka personally became the leader of the process and had even at one time planned to become the president of the Union State.

While Lukashenka saw great promise for himself, he was ready to integrate as much as possible. When Putin becamepresident of Russia and Lukashenka lost his ambitions, the desire for the Belarusian authorities to get dissolve Belarusian independence similarly evaporated.

Politically, this project is more dead than alive, however it brings benefits to many ordinary Belarusians. For example, students from Belarus receive scholarships in Russian universities on the same terms as Russian citizens.

The Eurasian Economic Community, established in 2001, includes Belarus, Russia, Kazakhstan, Kyrgyzstan and Tajikistan. The organisation became a preparatory structure to a common market of these countries. EEC gives Belarus stabilisation loans and requires the privatisation of enterprises in return. Formally, the international organisation gives loans for reforms, but de facto Russia gives credits and requires Belarusian companies to be sold off to Russia.

The conversion from a partner to a vassal became most noticeable during the creation of the Customs Union between Belarus, Russia and Kazakhstan, and the Common Economic Space consisting of the same countries. The first organisation originated in 2010, the second in 2012.

These structures lay the groundwork for the functioning of a common market. Belarusian officials have to make regulations, often harmful to Belarus and it's national interests, which has become the main thrust of their criticism of Eurasian integration. However, there is nothing they can do except to adopt the laws that Russia requires of them.

Belarus looks like a wagon in a Russian train, one which is moving towards the full-fledged creation of the Eurasian Economic Union. The organisation will start its work in 2015.

Relations with Other Integration Processes

While the integration processes with Russia continue to evolve, Belarus lacks institutional linkages with other structures. In 2009 Belarus became a dialogue partner in the Shanghai Cooperation Organisation. However, Belarus has little say in it.

Not only would European ministers or leaders come to visit with the leadership in Minsk, but also their large teams would follow. This way it would not not only be Lukashenka or Makei who will have an opportunity to talk with Western leaders, but also the heads of the Belarusian ministries would be able to establish ties with their colleagues from the EU.

It is true that the middle-level officials have few, if any, meetings with their Western counterparts, but they meet with their colleagues from the East quite often. More contacts with EU partners could help Belarus emancipate in relations with Russia.

Police Crack Down on Pro-Euromaidan Ultras in Belarus 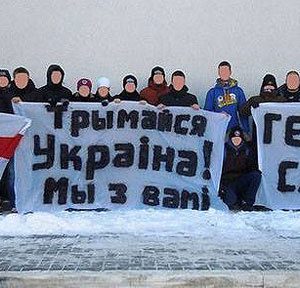 Not far back, it was hard to imagine intellectuals expressing support for groups of football fans well-known for violence, hateful chants and slogans. But the latest confrontation in Ukraine has brought together completely different groups of people from Belarusian society.

Police initiated their stifling of the football fan sub-culture members after they declared their support for Ukrainian protesters on Maidan. In anticipation of the World Ice Hockey Championship Minsk will be hosting in May, the authorities seek to prevent protests that can spoil the event. Security agencies regard ultras as a group that can provoke unpredictable street protests during the tournament.

At the beginning of February, the court of Barysau called for the detention of the group of football fans known as the 23 FC BATE Ultras. The reason for punishing the youngsters was an picture published online. It featured 23 young men with retouched faces were holding the Belarusian national white-red-white flag and banners with the slogans “Stick it out Ukraine! We are with you” and “Glory to the heroes!” – a Ukrainian nationalist slogan often used during the protests in Kiev.

The arrest created a precedent in which police can punish and detain activists for posting a photo on the Internet. The court regarded the photo as an incidence holding an unsanctioned mass gathering, something which is forbidden in Belarus.

As a result, two members of the FC BATE Ultras group were arrested and put in jail for five days. Many other ultras from different cities in Belarus were summoned in for questioning.

Independent media provided wide coverage of the incident. It lead to a decidedly negative reaction from human rights activists and intellectuals. According to Valiantin Stefanovich – vice chairman of the the human rights organisation “Viasna”, the photo cannot be qualified as a public event, as technically it is unknown where the photo was taken and for that reason the arrest of football fans is clearly illegal.

To show support for the young football fans, writers, musicians and artists took a photo with the same banners that the football fans held. Writer Natalka Babina stated: "This is a gesture of human solidarity. I support the slogans of the young men from Barysau wrote on the banners. I admire and sympathise with these them.”

The screenwriter Andrei Kureichyk said, “First of all, I’m a BATE fan. Second, I’m a lawyer by education and I would say that it’s a shame how the courts operate in our country. To adjudicate people because of an event from just one picture – it should not be like that. Third, people have a right to support whatever they wish.”

The International Solidarity of Ultras

This was not the first time when individuals from the ultras subculture in Belarus openly declared their political views. In addition to the BATE fans, the Dnepr Mahileu, Dynamo Minsk and Tarpeda Minsk Ultras have vocalised their support for Euromaidan.

In Ukraine, ultras and similar groups from a majority of the nation's football clubs have declared their support for Euromaidan. Normally these groups are at war with each other, but football fans have united to defend the protest participants from “titushky” – roaming mercenary groups of young men, dressed as civilians, whose goal is to assault and disperse peaceful demonstrations. There is ample evidence that suggests that these "titushky" are paid by pro-government forces and perhaps the government itself

Many members of the Ultras have taken part in the street clashes in Kiev. In Dnepropetrovsk, several ultras were injured during the clashes with the riot police and “titushky”. Even in Donetsk – the traditional power base and home of Viktor Yanukovych and the Party of Regions, the Ultras from the local football club Shakhter protected the city's own, much smaller, Euromaidan protest.

If similar street protests were to happen in Belarus, the ultras could become one of the most organised and radical group of protesters in the country, and events could perhaps begin to mirror those unfolding in Ukraine. The reaction from the police towards the ultras photo on the Internet seems to be an attempt to intimidate other ultras groups in Belarus.

According to political analyst Alexander Klaskouski, the street protests irritate Belarusian authorities more than anything else. While the procedure of election campaigns falsification has been well developed and works like a well-oiled machine, street protests are unpredictable and pose a threat to the regime. It is for this reason that the authorities seek to stifle all the attempts of any public political activity that is not in their favour.

Moreover, by suppressing these ultras groups, police feel they are sending a signal that will help to prevent any political protests that might occur during the World Ice Hockey Championship that Minsk will be hosting in May.

The subculture of ultras in Belarus is not as popular as in Poland, Russia or Ukraine. Still, given the current complete inability for any opposition political movements to mobilise people for anti-government protests, these ultras can be treated as one of a few groups capable of raising street protests.

The authorities’ aspiration to prevent any kind of visible outdoor political activity has created a unique situation in which the nation's intellectual elite have become supporters of a marginal, often violent subculture.

On the other hand, the repressive actions taken by the authorities for posting a picture online demonstrates the skittishness of the officials that the Ukrainian revolution has caused.

The Belarusian authorities understand that if thousands protesters taking to the streets could eventually lead to the collapse of the its long-standing authoritarian political regime.