Belarus and Ukraine Enter the 20th Year of Independence 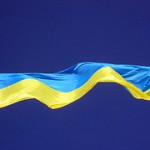 Belarus and Ukraine are celebrating the 19th year of their independence in 2010. Kiev decided to schedule the fireworks for August 24. On this day in 1991, spurred...

Belarus and Ukraine are celebrating the 19th year of their independence in 2010. Kiev decided to schedule the fireworks for August 24. On this day in 1991, spurred by the “mortal danger surrounding Ukraine” after the USSR August coup, the Ukrainian Rada passed the Act of Declaration of Independence.

Back in 1991, Belarusian parliamentarians followed Ukraine’s example. The very next day, they gave the status of a constitutional law to the Declaration of Belarusian State Sovereignty, adopted on July 27, 1990. But today, Minsk celebrates neither August 25th nor July 27th. The authorities don’t even commemorate the creation of the Belarusian People’s Republic on March 25th, 1918. Instead, independence day celebrations are held on July 3rd, the date marking the liberation of Minsk from the Nazi troops in 1944.

Whatever the wisdom of choosing one or the other date to commemorate, one can’t help comparing the goals of Belarusian and Ukrainian policymakers expressed 19 years ago and as their successes in actualizing these goals.

In fact, the differences in Minsk’s and Kiev’s interpretations of independence and sovereignty date back to 1990, when the Soviet Union still existed. One need only compare the two states’ respective Declarations of State Sovereignty, passed in the same political environment by the national parliaments of Belarus and Ukraine within a day from each other. The two documents are similar in structure and in language, which makes their idiosyncrasies stand out even more.

Article 6 of the Belarusian Declaration states that “all questions concerning [Belarusian] borders shall be decided only on the basis of the mutual consent of the Republic of Belarus and the adjacent sovereign states.” In contrast, the Ukrainian Declaration notes that “[t]he Ukrainian Soviet Socialist Republic is independent in determining the administrative and territorial system of the Republic and the procedures for establishing national and administrative units.”

In Article 8 on cultural development, the Ukrainian Declaration stresses the “national and cultural recovery of the Ukrainian nation” admitting that the Soviet conditions were detrimental to Ukrainian culture. The document also contains a lengthy article on International Relations, in which Ukrainians stress their equality with other nations: Ukraine “acts as an equal participant in international affairs […] and directly participates in the general European process and European structures.” The Belarusian document does not mention anything of this kind.

Although their destinies intertwined throughout history, Belarus and Ukraine seem to have less and less in common as the time goes. The two countries exist under the same geopolitical factors, but Ukraine has so far avoided the authoritarian extremes that befell its neighbor.

Even so, Ukraine’s new president Viktor Yanukovich seems to be taking after his Belarusian counterpart. At the independence-day celebration on Kiev’s central square, Yanukovich advocated strengthening his presidential powers by means of constitutional changes. He said he hopes to become a strong president “who has practical levers of coordination and control over the implementation of key reforms in the country and its strategic policies.” 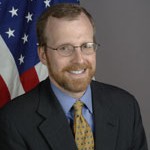