Last month Vladimir Putin published an article dedicated to the integration of the post-Soviet space in a major Russian daily, Izvestiya. Among other things, Putin underscored that Russia does not propose to restore the Soviet Union. However, he noted that... 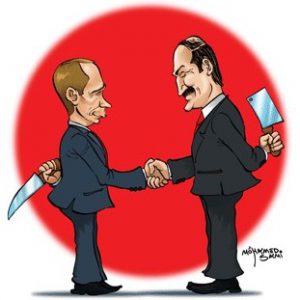 Last month Vladimir Putin published an article dedicated to the integration of the post-Soviet space in a major Russian daily, Izvestiya. Among other things, Putin underscored that Russia does not propose to restore the Soviet Union. However, he noted that “close integration, grounded on new values and a new political and economic foundation, was a call of the times”.

“We suggest a powerful supranational association capable of becoming one of the poles in the modern world and serving as an efficient bridge between Europe and the dynamic Asia-Pacific region. This project also implies transitioning to closer coordination in economic and currency policies in the Customs Union and the Single Economic Space, and establishing a fully-fledged economic union”, Putin wrote. How does Belarus fit into the new integration architecture?

Judging from Putin’s words, Russia supports transforming the Customs Union into the Single Economic Space and the Euroasian Union later on. The supranational bodies are expected to gain more and more power. They will be formed in accordance with the ‘weighted representation’ principle, i.e. with the dominant role of Russian representatives. Belarus and Kazakhstan are the first objects of Russian integration plans, to be followed by Kyrgyzstan and Tajikistan.

In Putin’s opinion, integration means among other things free penetration of Russian business into the economic space of partnering states and the buying up of assets there. The program suggests strengthening Russia’s economic and political positions in the Single Economic Space states and in the Eurasian Union later on, as well as the partners’ closer connection to Russia.

Putin’s long-term project suggests including any other willing post-Soviet states into Russia’s sphere of influence, i.e. the Eurasian Union, in the long run. He mentioned Ukraine among other countries in this context.

Alyaksanr Lukashenka published his response to Putin’s suggestions in Izvestiya on 17 October. He noted that he fully agreed with the Russian Prime Minister’s opinion and specified that the article could be regarded as Putin’s “foreign policy election pledges”.

Lukashenka positioned himself as a convinced supporter of integration in the post-Soviet space. "I’ve never concealed my opinion that the collapse of the Soviet Union is the most tragic mistake of the twentieth century. It should and could have been developed, modified, but not destroyed. When all civilized countries had been following the difficult path towards unification for decades, we destroyed at one stroke our greatest asset – the unity and cooperation, to please someone’s ambitions and interests", stated Lukashenka.

Lukashenka also voiced his approval for the idea of creating the supreme integration body in the form of the Eurasian Union.

“It is not an easy task to construct such a union. After all, when reaching the ultimate level of economic integration, we will face the need to create solid social and political institutions with common values, legal frameworks, living standards and benchmarks. We will not be able to avoid a gradual consensus-based development of some supranational bodies, including political bodies. We accept the need to consider introduction of a single currency. Time will show,” Lukashenka said.

However, Lukashenka’s opinion contradicted Putin’s program of getting Russia’s neighbors involved in the sphere of its influence and imposing its will on them, by holding a domineering position in the supranational bodies.

Lukashenka reiterated the notion of ‘equality’ in his article. According to him, integration with Russia means the Eastern neighbor’s open market for Belarusian commodities and equal conditions for economic entities. Among other things, it presupposes getting Russian energy at Russian domestic prices and canceling customs fees for oil and oil refinery biproducts imported to Belarus.

Once again, Lukashenka aired a totally unacceptable idea for Russia. He noted that by joining the Single Economic Space Belarus will have the opportunity to import Kazakh oil through Russian pipelines.

Lukashenka’s statement about the necessity “to consider the issue of introducing a new common currency from a practical standpoint” within the framework of the Eurasian Union will not evoke much enthusiasm in the Russian government either. It is worth mentioning that Lukashenka used to state that he supported the introduction of the Russian ruble as a monetary unit in Belarus. However, he used to emphasize that it would be possible only if the Central Bank of Belarus was authorized to issue currency alongside the Central Bank of Russia.

No IMF Loan for Belarus Because Political Prisoners Do Not Want to Be Free? 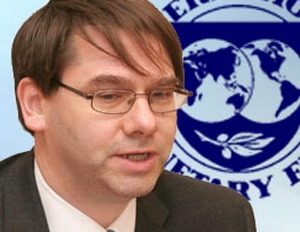 If Russia does not increase the amount of subsidies to Belarus, Lukashenka will have to accept the proposals of the Ministry of Economy and the National Bank: to privatize (or rather, to carry out the nomenklatura privatization of) one third of the state-owned enterprises and to cut government expenditure significantly. This would mean a reduction in the scope of state regulation of the economy. If the official information about the significant increases in Belarusian exports in EU countries turns out to be true, the IMF loan is not a must-have for Lukashenka's regime.

The economic changes (if they occur) on their own will not change the vital characteristics of the political regime in Belarus in the long-term. Lukashenka has no intention of releasing political prisoners. The authorities intend to hold the parliamentary elections no later than September 2012 in accordance with the existing scenario of total falsification: none of the opposition activists will get elected to the parliament.

Fundamentally, Lukashenka is satisfied with the model of relations which is now de-facto proposed by the West: restricted political contacts alongside an increase in the Belarusian exports. The Belarusian ruler wants to show to the West that he is here for the long-term, and that they should deal with him as he is now.

No IMF Loan Because Political Prisoners Do Not Want to Be Free?

On October 17, the IMF mission completed its work in Belarus. Head of the mission Chris Jarvis said that the IMF was not yet ready to negotiate the allocation of a new loan with the Belarusian authorities. "Before program negotiations can begin, the authorities must demonstrate a clear commitment to stability and reform and reflect this commitment in their actions".

Mr. Jarvis named economic reforms among such actions. In particular, the Belarusian authorities should liberalize pricing, carry out the transformation of enterprises, privatization and reforms of the banking sector.

Chairperson of the National Bank Nadziezhda Yermakova said that she did not count on receiving the IMF loan. According to her, Belarus met the economic conditions for the allocation of the loan; however, the key demand of the IMF Board of Directors is the release of political prisoners.

Yermakova said that the main problem is that those whom the West calls political prisoners (in particular, former presidential candidates Andrej Sannikau and Mikalaj Statkievich, coordinatioor of the civil organization "Charter-97" Zmicier Bandarenka, and co-chairman of the Belarusian Christian Democracy Party Paval Sieviaryniec) do not want to leave prison.

After December 19 2010, Lukashenka said repeatedly that the political prisoners would be released. He said: "They'll give a number of answers to a number of questions, and they'll be free". On October 7, in an interview with Russian journalists, Lukashenka said that Sannikau, Statkievich and others did not want to be released because they wanted to be heroes.

It follows from Lukashenka's statements that he sees the agreement of the political prisoners not to behave as heroes as a condition of their release. He wants them to go to pieces, and to discredit themselves with statements which are demanded from them.

According to some information, political prisoners have been tortured. Andrej Sannikau's wife, journalist Iryna Khalip, said a few days ago that criminals were used to put pressure on him in prison.

Trade Growth with the EU Countries

Lukashenka has reason to believe that no matter how hard he is criticized by the West, the West will not put real pressure on him because it is afraid of pushing him towards Russia. Besides, several companies from EU countries have interests in Belarus.

Like the Netherlands, Germany and Poland, which also heard a lot from Lukashenka to their address, have significantly increased imports of Belarusian petroleum products.

In fact, the actual conduct of the EU countries differs from their declarations that the Belarusian regime should be punished for violations of human rights in Belarus.