In Belarus, being an academic means that you work in an institution controlled by the state. Sometimes you cannot be a true scholar because you have to produce the "official truth". Otherwise you risk being repressed for disloyalty. 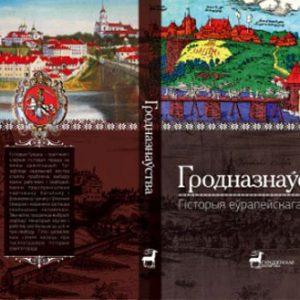 In Belarus, being an academic means that you work in an institution controlled by the state. Sometimes you cannot be a true scholar because you have to produce the "official truth". Otherwise you risk being repressed for disloyalty.

A good illustration of that is last month’s case of Hrodna University in western Belarus, where a number of prominent university teachers were put under pressure for fulfilling their professional as well as civil activity. A number of solidarity initiatives emerged to support repressed academics. Such campaigns may indicate the emergence of genuine civil society in Belarus.

Ban on Profession in Belarus

Under Lukashenka hundreds of scholars have been fired from universities for being in open opposition to the regime or just unwilling to follow its ideological line. These days such cases are rare because people who remain at universities try to avoid ideological confrontations and to be politically careful in their teaching and research, let alone any political or civil engagement.

While in Minsk, where most Belarusian universities are concentrated, the situation seems a little better, the regional institutions have been almost fully purged of the “unreliable element”. This situation has received the name “ban on profession”. Since all universities, including the few private ones, are controlled by the authorities, dismissed academics have no possibility to carry out their professional activity. In such circumstances, people either have to continue their work abroad or change occupation to make their living.

"Hrodna Studies” is a comprehensive guide to the 1,000-year old history of one of Belarus’ culturally and historically richest cities. A number of famous researchers of Hrodna history authored the book. After some effort, they even managed to publish the book with Hrodna University Press in 2009.

Moreover, the book was officially recommended for teaching at schools and universities. However, the first edition was of bad quality, so the authors decided to publish a new edition, supplemented with pictures and a coloured cover.

All of a sudden, the authors of the book were summoned to the rector’s office where they faced representatives of the university administration and the KGB. They asked the academics to explain why the book was published in Poland, why Pahonia and the national flag were depicted on the cover, and why the narrative finished in 1991 and no description of present times was given.

Apparently, the authors decided simply not to touch the period of independence, as it needs much more time to be evaluated by historians. Concerning Pahonia and the flag, they were the first symbols of independent Belarus and due to this fact only have the right to be respected and depicted in historical literature. The authorities, however, regarded unwillingness to describe the glorious rule of Alexander Lukashenka as a sign of disloyalty, which was supported by the use of the "wrong" national symbols.

Most of the university-employed authors subsequently did not give any comments on the situation as they feared losing their positions at the university. Soon, two of them were restricted in their teaching. The only one who dared to openly speak on the issue and defend his position was Andrei Charniakevich.

Andrei Charniakevich, a docent from Hrodna University, had worked there for 11 years. He had a reputation as a distinguished researcher and teacher as well as active citizen, who had never committed any offences at work. On 14 September the university administration fired him for being late for by a few minutes, then returned him to his position but fired him once again for another minor and clearly false accusation.

Andrei himself believes that the real reasons behind the dismissal are his authorship of the “Hrodna Studies” book as well as his long-standing civil activity. Andrei was one of the active participants in the campaigns which tried to defend Hrodna’s architectural and natural heritage from the unprofessional and indifferent approach of the urban policy implemented by local authorities. Andrei had also commented on historical issues on Belsat, the opposition TV channel which broadcasts from Poland.

The Limits of the Absurd: Fairy Tales Threaten the Regime

Then another famous figure from Hrodna University fell under threat of dismissal. Ihar Kuzminich was a Deputy Head of Law Department and director of the Innovation Centre for Legal Education. He was also famous for his civic activity and popularisation of the Belarusian language. According to information from anonymous university workers which appeared on 8 October, the administration pressed Ihar to resign.

The reason seems totally absurd: they accused him of publishing fairy tales about Pahonia and the white-red-white flag in his online blog. Ihar creates fairy tales in the Belarusian language for kids and short video clips based on them, and publishes them online. Notably, a story about Ihar’s tales was showed on the official TV-channel ANT in winter 2012. Now, the tales seem to pose a real threat to the Belarusian authorities.

In response to these repressions, a big group of Belarusian and foreign historians and intellectuals published an open letter to the Minister of Education and Rector of Hrodna University. Since 5 October, a large number of people signed the letter via the Nasha Niva newspaper website.

The letter says that the dismissal of Charniakevich is based on false reasons and should be regarded as persecution for academic impartiality. It also condemns the widespread practice of dismissals of academics on the grounds of professional duties and urges the authorities to reinstate Andrei in his university position.

Another form of the initiative emerged at the local level. A group of Hrodna intellectuals established the Juzaf Jadkouski Award. It will be awarded to academics and intellectuals who have made a considerable contribution to the study of the past of Hrodna and to the development of historical urban studies.

Importantly, the problem received thorough attention at the Second Congress of Belarusian Studies, the main academic event of the year in social sciences and humanities, which was held on 28-30 September in Lithuania. Organisers and participants expressed their protest against the “ban on profession” and the exclusion of teachers with an active civil position from Belarusian universities.

They suggested that the Congress can become one of the platforms to support repressed academics by providing infrastructure, possibilities to carry out their professional activities abroad and provide other possible assistance.

The case of Hrodna University shows that emerging solidarity campaigns can provide a real way out for the repressed academics and, potentially, other active citizens. Such initiatives lay the foundations for more autonomy of society from the state and a reduction in its control over citizens. 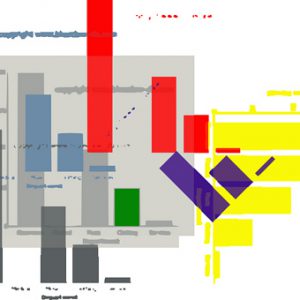 An overview of the position of Belarus in various international rankings suggests that the human potential of the country is relatively good, with high education standards.  Belarus is also business-friendly in some important respects.

However, political and personal freedoms are extremely constrained by international standards. Belarus ranks among some of the worst offenders in the world for non-respect freedom of expression in particular. Crucially, its ranking in these areas has only been in decline over the last few years.

Only 15 of 193 countries surveyed have such poor rankings, and Belarus’ score puts it in the company of Burma, Chad, Cuba and South Ossetia. Other post- Soviet countries’ scores include: Ukraine, 3.5 (partly free); Turkmenistan, 7 (not free); Moldova, 3 (partly free),Georgia, 3.5 (partly free) and Lithuania, 1(free). Belarus’ ranking has remained the same for several years.

Transparency International’s Corruption Index (143 of 182)  measures a population’s perception of levels of corruption in their country’s public sector. It draws on independent surveys about bribery, kickbacks, and embezzlement, among other factors. Belarus ranks 143 out of 182 countries in the 2011 review. Its ranking is tied with Russia, among others, while Ukraine and all of Central Asia (except Kazakhstan) score worse. Belarus’ score in 2011 is down four places on its 2009 placing.

According to Freedom House’s Press Freedom Index 2012 (193 of 197), Belarus is one of the five worst press abusers out of those 197 surveyed, and comes just below Iran at #193 from the top. This is a decline of several places compared with its rating of 188 in 2009. Turkmenistan and Uzbekistan are the only post-Soviet nations with a worse ranking, while Russia takes place 172, Kyrgyzstan 155 and Ukraine 130. The ranking covers print, broadcast and internet media, and examines the legal media environment, political influences on reporting, and economic pressures on dissemination of news.

Reporters Without Borders’ (168 of 179) press freedom index 2011-2012 lists Belarus as one of the countries that have become “much more repressive”, and it drops 14 places on the previous year (due largely to the post 2010 election crackdown).

Freedom House’s 2012 Freedom on the Net ranking rate Belarus’ internet as "not free". Only 12 other countries receive this lowest category rating. While acknowledging the government’s encouragement of greater internet use among Belarusians for commercial purposes, Freedom House notes the increasing use of internet surveillance technologies. The ratings are based on examination of the following three broad categories: obstacles to access, limits on content, and violation of user rights. Georgia enjoys "free" internet status, while Azerbaijan and Russia are rated "partly free". Estonia, the USA and Germany take the top three places for freest internet environments.

Economic Freedom (153 of 179) The Heritage Foundation and The Wall Street Journal have published an annual overview of economic freedoms across the world for over 10 years. For 2012, Belarus received an overall assessment of 49 points and occupies 153rd place from the top out of a total of 179 countries surveyed.

It comes second lowest out of all European countries, and is one of only two European countries to be labelled economically “repressed” by the index (the other is Ukraine, at #163). The ranking is based on measures such as labour freedom, corruption, and property rights and open markets. Russia comes 144th. Switzerland and Ireland are the only European countries to make it into the top ten freest.

Sovereign Credit Rating For the first time in its history, Belarus received its credit rating in 2007. Sovereign credit rating is considered by foreign investors as an assessment of investing in economy of a particular state. On 1 July 2009, international rating agency Standard & Poor's announced the sovereign credit rating of Belarus and the future outlook of the country was pronounced ‘negative’. In April 2012, however, Belarus gained ‘stable’ outlook status.

Doing Business (69 of 183) According to the World Bank’s Doing Business rankings, Belarus places 69th out of 183 countries. Notably, this is a jump of 22 places compared with Belarus’s 2010 result.. The ease of starting a business is rated particularly well (placing Belarus on a par with Singapore and Saudi Arabia). Although still very low scoring by international standards, Belarus’ ranking when it comes to protecting investors and paying taxes has improved considerably on the previous year.

Global Peace Index (109 of 158) The Institute for Economics and Peace’s Global Peace Index 2012 rates Belarus 109 out of 158 countries. The analysis goes beyond a standard definition of peace, and uses 23 wide-ranging indicators to reach its scores, and these include such things as military expenditure, relationships with neighbours and respect for human rights. Ukraine ranks 71, Moldova – 66, and Poland  – 24, while Russia comes behind Belarus at 153.

The Legatum Prosperity Index (50 of 110) measures eight categories of prosperity, which include health, the economy, personal freedom and security. In the 2011 rankings, Belarus falls in the medium range overall, alongside all other former Soviet states. It comes 50th out of 110 in total, but scores ‘strongly’ in the education and social capital categories.

While it has an average rating for most of the other categories, it receives the worst rating of ‘weak’ (100 points) in the governance category. Latvia and Lithuania have similar overall scores, with Russia and Ukraine coming in lower. Scandinavian countries top the table.