Belarusians in the Forbes rating, no autonomy for the Belarus Orthodox Church – Belarus state press digest

Minsk views a normalisation of relations with the EU as being in its national interest. The Russian World cannot be a political factor in Belarus, according to the Metropolitan of the Belarusian Orthodox Church.

The economic recession has reached its... 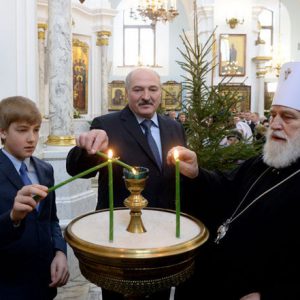 Minsk views a normalisation of relations with the EU as being in its national interest. The Russian World cannot be a political factor in Belarus, according to the Metropolitan of the Belarusian Orthodox Church.

The economic recession has reached its lowest point, and in 2018 the Belarusian economy will once a gain experience growth. Russian economic policies towards Belarus are creating obstacles for Eurasian integration. Several Belarusian IT entrepreneurs appeared in the '30 under 30' Forbes rating.

The city of Hrodna sees a rise in the tourism sector as a result of the new visa-free regime. The government reduces the cost of visas to Belarus.

All this and more in the new edition of the Belarus state press digest.

Minsk seeks to build bridges between regional actors. Narodnaja Hazieta publishes an interview with Andrej Rusakovič, chairman of the Centre for Foreign Policy and Security Studies, on the dynamics of Belarus-EU relations in 2016.

Consistent normalisation of relations with the EU is in the national interest of Belarus, as this enhances economic development and strengthens Belarus's global position. The fact that Belarus currently holds the Presidency in the Central European Initiative and the 2017 OSCE Parliamentary Session is to be held in Minsk means that the EU has recognised Belarus's achievements in shaping a stable and lasting security system in the region.

Belarus's geopolitical position makes it dependent on EU-Russia relations. Therefore, Minsk seeks to build bridges between various European associations and institutions in spite of the historical, economic and cultural differences between the countries of the region.

The Russian World cannot be a political factor in Belarus. Belarus Segodnia discusses the recent comments of Metropolitan Pavel of the Belarusian Orthodox Church and the arrest of several pro-Russian journalists. The Metropolitan spoke of the 'Russian World' not as a political factor, but as a cultural and spiritual space. The newspaper adds that today some adherents to this idea propagate the armed defence of all those who identify as Russian but live outside Russia.

The author argues that this idea has no potential in Belarus, since people with Russian roots work everywhere in the country, ranging from road workers to the head of the Council of Ministers. The newspaper stresses that incitement of ethnic hatred is a crime, and the arrest of pro-Russian journalists should not be considered a restriction of free speech, as some media debates suggest.

Economic recession hits bottom, 2018 will see growth. Respublika discusses the prospects for the Belarusian economy in 2017. In a recently published macroeconomics review, Sberbank of Russia noted that the economic recession in Belarus is grinding to a halt; this has been the case for three consecutive months now. According to a World Bank report, 2017 will still be uneasy for Belarus, but the worst of the recession has already passed and 2018 will see visible growth.

The government points to the 11% inflation rate as its main success in 2016, and hopes to drive it below 10% in 2017. It foresees a 1.7% GDP growth for 2017. Major growth factors will include global oil prices and the state of economy of Russia, Belarus's dominant trade partner. A forecast of the Russian economy predicts zero growth, so Belarus can hardly expect anything better, the newspaper concludes.

Russian economic policies towards Belarus create obstacles to Eurasian integration. Negotiations on supplies of Russian gas to Belarus lasted for almost a year, writes Narodnaja Hazieta. Back in spring, falling oil prices and a significant devaluation of the Russian ruble made Minsk claim $73 dollars per thousand cubic metres as a fair price for Russian gas.

However, Russia continued to demand $132 and went on to cut oil supplies to Belarus to be extra persuasive, which immediately affected Belarusian budget revenues. Such behaviour contradicts the basic principles of the Eurasian Union, which promise equal prices and conditions for all members.

A food safety conflict came as another serious blow to bilateral relations. At the moment, the Russian food control agency Rosselkhoznadzor has placed limits on exports from 20 Belarusian agricultural enterprises to the Russian market. The author concludes that a union does not make sense if it fails to meet the interests of all parties. 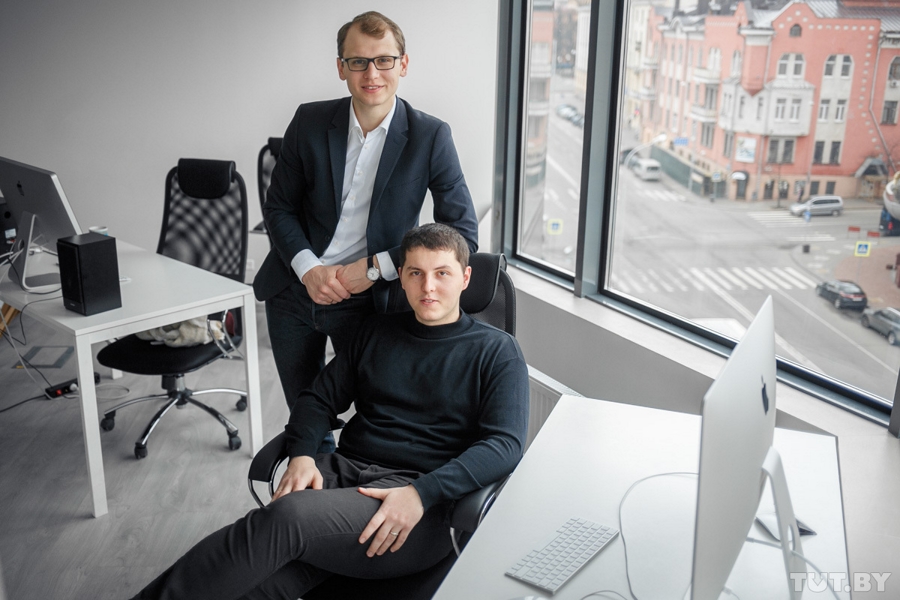 Belarusian IT entrepreneurs appear in the Forbes '30 under 30' rating. Jaŭhien Nieŭhień and Siarhiej Hančar made it into the Forbes '30 under 30' ranking, which lists 600 of the brightest young entrepreneurs, breakout talents, and agents of change in 20 different sectors. The two Belarusian were included in the Consumer Technologies category, reports Belarus Segodnia.

According to the magazine, 'When Facebook wanted to catch up with Snapchat, it turned to two entrepreneurs from Belarus. Nieŭhień and Hančar built MSQRD, an app which adds crazy filters to selfies. After the app caught on in the U.S., Facebook bought MSQRD for an undisclosed amount in March 2016. Since then, both co-founders have been working for Facebook in London'.

The city of Hrodna sees a rise in the tourism sector thanks to the new visa-free regime. The visa-free regime in Hrodna Region has been in effect for two months now. Around 2,200 tourists have already taken advantage of the opportunity to visit Belarus over this period. In the end of 2016, the Hrodna City Executive Committee met to discuss what has already been done and how to attract more foreigners, writes Hrodzienskaja Praŭda.

The recently created website www.grodnovisafree.by informs potential travellers about border crossing procedures and the tourist attractions in the region. The authorities have already installed signs on the boundaries of the visa-free zone and modified the working hours of museums, currency exchanges, and other tourist spots. They also drafted a schedule of events for 2017, which includes more than three hundred festivals, celebrations and other brand activities.

Meanwhile, tourist companies and attractions are hurrying to translate their facilities into foreign languages and introduce wifi networks.

The government reduces the cost of visas to Belarus. On 1 January 2017 Belarus introduced new consular fees for issuing visas, writes Belarus Segodnia. Now, individual visas will cost €60, regardless of the number of entries, while a group visa will cost only €10 per person.

Previously, foreign visitors had to pay €150 for D-type visa, €120 for a multiple C visa, and €60 for a one-time visa. Citizens of Poland and Lithuania could acquire visas for half the price: €25 and €60 respectively. According to new regulations they will also enjoy lower rates than other countries, while citizens of Japan and Serbia will be completely exempt from consular fees.

The Journal of Belarusian Studies 2016: banditry, WWII criminals, No Respect for the Nobel Prize 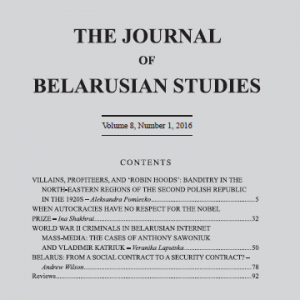 The conference gathered around 20 scholars of Belarus from the United Kingdom, Germany, United States, Canada, Poland, and France. Three papers were selected for publication alongside the annual lecture on Belarusian Studies delivered by Professor Andrew Wilson. 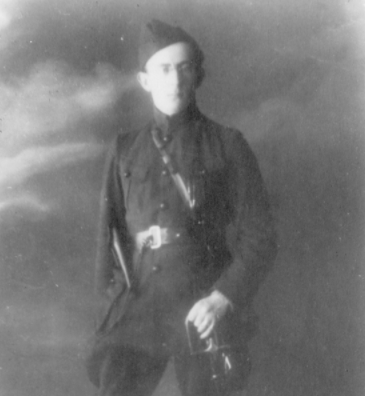 In the issue’s first article, Aleksandra Pomiecko of the University of Toronto writes about the bandit-partisans of West Belarus in the 1920s. She notes that the history of the Second World War has often overshadowed less well-known parts of Belarusian history, such as the anti-Bolshevik movements on the territory of Belarus.

The article analyses portrayals of bandits in newspapers to understand local perceptions in Belarus. The bandit Ataman Mukha exemplifies the ‘heroic’ and ‘cultlike’ effect of bandit organisations, and his portrayal illuminates local sentiments and perceptions. Collectively, the article seeks to describe local sentiments towards this phenomenon in the borderland region, which has traditionally been viewed in historiography from the perspective of occupational forces. 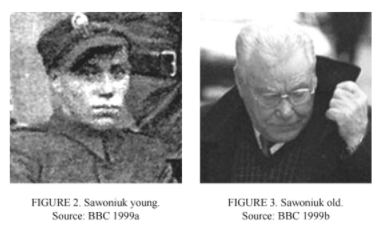 The author concludes that Russian propaganda wields profound influence on the Belarusian mass-media. She notes that rather than coming up with their own explanations, Belarusian state mass-media often merely echo the Russian media. This differs from the approach of ‘neutral’ and opposition newspapers, which in the majority of cases try to remain objective or oppose the messages of the Russian mass-media.

When Autocracies Have No Respect for the Nobel Prize

Ina Shakhrai of Humboldt University in Berlin examines the reactions to Alexievich’s 2015 Nobel Prize win in Belarus and Russia. She focuses on the interconnections between the common Soviet past of the countries and the spread of nationalist sentiments in the post-Soviet space following the Ukrainian crisis. She argues that Alexievich’s dismissal of autocratic regimes, alongside her identity – encompassing Soviet, Russian, Belarusian and Ukrainian elements – prevents her from becoming a unifying figure in Belarus and Russia.

Belarus: from a Social Contract to a Security Contract?

Professor Andrew Wilson of University College London looks at how Belarus has transitioned from a social contract to a security contract after the start of the crisis in Ukraine. He observes a triple shift since 2014 as Russia became more aggressive towards its neighbours and Lukashenka shifted in a more statist direction, followed by part of the old opposition. 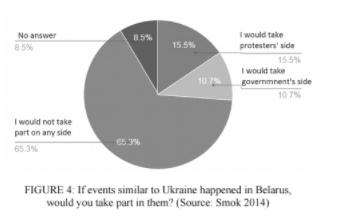 Belarus has not been invaded, but a sense of threat, and a desire to avoid conflict, has led to a certain closing of ranks. Professor Wilson notes that it would be much easier for Russia to impose their own man at the top rather than break the bonds between the leader and the elite, or between the leader and society.

Dźmitry Papko of Warsaw University reviews a new collection of texts by Valiancin Akudovič, one of the most renowned Belarusian philosophers. According to the review, Akudovič proves that Belarusian language, history, and culture are less important to the process of constructing the nation’s collective identity than the mere existence of the Belarusian state.