Cheap Booze for the People of Belarus

As the economic crisis deepens prices on nearly all products rise sharply in Belarus with one remarkable exception - alcohol.  These days a bottle of vodka in Belarusian restaurants often costs less than a packet of orange juice - US$3. 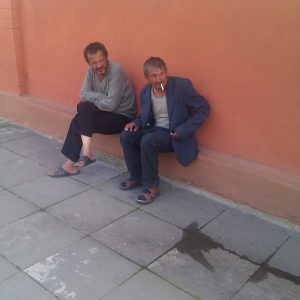 As the economic crisis deepens prices on nearly all products rise sharply in Belarus with one remarkable exception – alcohol.  These days a bottle of vodka in Belarusian restaurants often costs less than a packet of orange juice – US$3.

In a supermarket half a liter of a cheap alcoholic drink with around 30% alcohol content costs around US$0.65. Yesterday the government increased taxes on alcohol and tobacco, but the state policy of providing affordable alcohol and tobacco remains unchanged.

This policy arises from Alyaksandr Lukashenka's own understanding of what Belarusians need.  At a June press conference he explained: "People would not survive without vodka, bread and cigarettes and we help them".

The Belarusian Ministry of Economics ensures that alcohol and cigarettes remain cheap by imposing price caps, which sellers cannot exceed. This policy sharply contrasts with that of other northern European countries, which have the world's highest alcohol taxes. The affordable alcohol policy comes at a very dear price to Belarus.

In August the Belarusian government increased quotas on the production of spirits by around 15 percent. Although alcoholic drinks in Belarus are inexpensive, producing them is even cheaper.  Nearly all alcohol production is in the state's hands, which makes it a good source of revenue. Moreover, a significant number of alcoholic drinks produced go to Russia in exchange for much needed hard currency.

This year a monthly salary of merely US$200 has become normal for many Belarusians. This is the result of a nearly 300% devaluation of the national currency. Although US$200 dollars does not sound like a serious sum, one can afford 230 bottles of cheap alcohol for this money.  And alcohol sales have significantly increased.  The numbers released by the Belarus National Statistics Committee last month suggest that the sales of vodka and other liqueurs increased by more than a third in the first half of 2011.

The General Prosecutor's office reported that every fourth crime in Belarus is committed by intoxicated offenders. They also registered a 10% increase of alcohol abusers. This is a serious blow to the health of Belarusians who are already distressed by the economic crises. A report released this year by Hrodna State Medical University suggests that at least 30% of deaths of working age adults in Belarus are now related to alcohol.

The real figure is even higher because the Hrodna study did not include deaths resulting from cardiovascular diseases related to alcohol abuse or alcohol-related accidents and crimes. The report points out that only Russia has comparable figures in Europe. It should be noted that this year Russia registered a drop in per capita consumption of alcohol while consumption of alcohol in Belarus is growing.

The Belarusian state supplies abundant cheap alcoholic drinks, a significant part of which is of very poor quality. The cheapest and the most popular drink among Belarusian alcoholics is called charlik: a mixture of a poor quality apple juice, cheap alcohol and colouring agents which costs less than a dollar per bottle. Not only is the drink very addictive, but it also contributes significantly to the onset of liver disease.

Although the authorities like to demonstrate that they are taking measures to tackle the growing alcohol epidemic, their approach lacks consistency. For instance, they have limited drinking in public places and reduced the permitted alcohol level in blood of drivers. But these measures do little to alleviate the problem. As long as alcohol is ridiculously cheap and salaries are so low, alcohol will remain the most affordable pleasure for many Belarusians.

Ironically, Alyaksandr Lukashenka, the main proponent of cheap alcohol and tobacco, has a reputation as a non-smoker who rarely drinks. Apparently the current Belarusian regime views alcohol as a source of stable revenue, which also helps people forget about political problems and the dire economic situation. 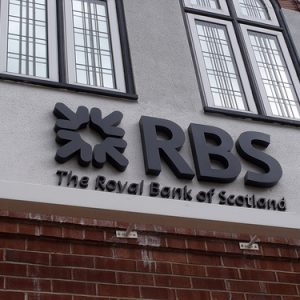