Friends in China and Iran – Belarus in Western Press Digest

As the global economy teeters on the brink of breakdown, Belarus’ own financial woes still get a mention in Western financial news. In political terms, suspected links between Belarusian business and the Iranian nuclear programme, as well as the... 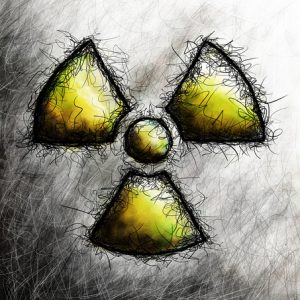 As the global economy teeters on the brink of breakdown, Belarus’ own financial woes still get a mention in Western financial news. In political terms, suspected links between Belarusian business and the Iranian nuclear programme, as well as the beginning of the Minsk bomb attack trial, have gained some attention over the last month.

Nuclear Allies in Iran. Reuters reported on allegations that Belarus is helping Iran to skirt the UN sanctions against it expanding its nuclear programme. The exclusive report states that Western diplomats have intimated that Belarus is working as middlemen to enable Iran to purchase Russian technology to develop their nuclear capacity. One specific Belarusian businessman is implicated. If the allegations are true, Belarus would join China, North Korea, Russia and the UAE among others in illegally supporting Iranian nuclear missile procurement and manufacture.

Economic crisis endures, and Belarus has gained a fair amount of Western business press coverage for its troubles. The renewed devaluation of the rouble, Belarus’ world-record-setting borrowing, as well as the cosying up of Belarus and China followed the Chinese bail-out are all stories.

Financial advice from next door. On 19 September, Bloomberg reported on a recommendation from Moscow-based former IMF economist Ivan Tchakarov that Belarus raise interest rates yet further to address its balance of payments crisis. Tchakarov also told the agency that the Chinese loan, announced early in the month, is only a short-term solution, reiterating the consensus view that structural economic change is needed. The Belarusian national bank offered Bloomberg journalists no comment on the suggestion. A brief piece in The Scotsman claims that the opposition and nationalist movements in Belarus have been emboldened by the economic crisis.

Russian buy-up? The Independent ran a long feature on leading Russian fertilizer company Uralkali, which hopes to soon begin trading on the UK stock exchange. Purchase of the Belarusian potash giant Belaruskali is one of the company’s “highest priorities” as it looks ahead. However, Uralkali chief executive acknowledges that the Belarusian government is unlikely to sell the state-owned company in the near-future.

Bomb trial. There has been very scant coverage of the trial of the alleged perpetrators of the Minsk metro bombing. The few articles from Reuters, the BBC and Euronews focus on Vladislav Kovalyov’s request to withdraw evidence which he claims he gave under pressure. The fact that both suspects could face the death penalty if convicted is also highlighted.

Belarus outperforms the UK. And finally, Belarus might be irked when it sees itself in this British tabloid story. The Daily Mirror sought to highlight the poor performance of the UK on a recent child healthcare index with the shock-headline that Belarus was ranked nine places better.

How to Solve the Debt Servicing Problem: Proposals of the Nomenklatura and Lukashenka 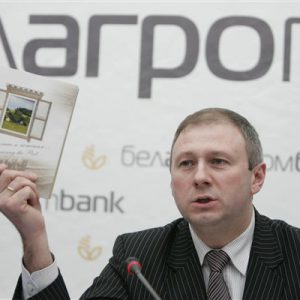 In August, speaking at a meeting of the Government, Vice Prime Minister Siarhiej Rumas expressed the need to work out a strategy of repayment of the growing external debt of Belarus. According to Rumas, by the end of 2011 the ratio of the external debt to the GDP will reach 69% to 73%. Taking into account such a large amount of the external debt, the payments will also increase. Only for the existing external debt, the payments will amount to over 3 billion dollars in 2013 and 2014. This is a very significant sum for Belarus.

The IMF report states: "The large funding gap has to be filled either by foreign loans or sale of assets. Or by a combination of the sale of assets and bilateral and multilateral financial support, potentially with the IMF's participation".

It follows from the statements of members of the government at the meeting on August 2 that the authorities understand the seriousness of situation. Minister of Economy Mikalaj Snapkou said that the way out of the difficult situation could be "reducing the state control over property and active sale of insolvent companies to the private business". "Only those legal entities should be in the state ownership which have strategic importance and ensure the national safety of the country". According to Snapkou, the private sector's share should reach at least 40% of the GDP by the end of 2012.

Snapkou did not touch upon an important question: whose private business does he propose to sell a significant share of the state property to? The intransigence of the authorities' representatives during talks with their Russian colleagues on this issue means that the policy of containing Russia will be carried further. The authorities intend to keep Russian oligarchs from coming to Belarus.

State mass media also talked about the need to privatize those enterprises which the authorities are unable to manage efficiently for various reasons. At the same time, they also talked about a threat coming from Russia. On July 11, Lukashenka's mouthpiece, TV propagandist Aliaksandr Kryvashejeu said in the evening news bulletin: "It is hardly coincidental that the Kremlin's ignoring of the most important union anniversaries and events coincided with an ultimatum: Belarus is required to surrender its assets, and according to the Russian scenario, i.e. fast, cheap, and to oligarchs".*

Ultimately, the proposals to start privatization and statements about the inadmissibility of the Russian scenario mean that the nomenklatura is more and more insistent in its proposals to Lukashenka to start privatization among their own. It is telling that economist Jaraslau Ramanchuk, who has long advocated the sale of Belarusian enterprises to Russian companies, said in an article on August 31 that the authorities were preparing a division of state property among Belarusian clans.*

Lukashenka wants to postpone the split-up of a significant part of the state property. In July and August, he said repeatedly that to get out of the current difficult situation would be possible through a set of measures which were not related to a large-scale privatization. He expects that it will be possible to increase exports and reduce imports, as well as to reach an agreement with Russia on lowering prices on energy resources. He also expressed confidence that by the end of 2011 Belarus would get loans for a total of 5 billion dollars on very favorable terms.

During the visit of Prime Minister Mikhail Miasnikovich to Azerbaijan on July 7 and 8, 2011 an agreement was signed on the allocation of a loan by Azerbaijan in the amount of 300 million dollars. Lukashenka was balked in his desires to get significant support from China, Iran, Venezuela and the hydrocarbon-rich Kazakhstan and Turkmenistan in this difficult period.

The allocation of significant loans, that Lukashenka counts upon very much, remains dependent on the position of the West and Russia.