In early November, the World Bank offered a $90m loan for the reconstruction of several Belarusian... 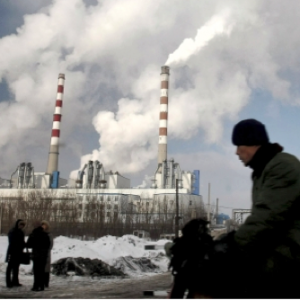 In early November, the World Bank offered a $90m loan for the reconstruction of several Belarusian power stations. The loan became a new vivid example of how pro-Western international organisations and truly oriental Chinese credit agencies involve themselves in similar energy projects.

World Bank's projects satisfy expectation of both the general public and government organisations involved, meanwhile the feasibility of accepting the Chinese financial support raises a hot debate. Belarusian government receives loans from China in the form of export credits that limit Belarus to purchase only Chinese goods and services.

Belarus allowed China to carry out a number of its infrastructure projects, such as rail roads, highways and power plants. Belarus experts hotly debate the feasibility of these projects for Belarus.  Belarusian government receives financial support from China in the form of export credits that limit Belarus to purchase only Chinese goods and services, thus, export-credit yuan’s never leave China.

The question remains, however, what are the drawbacks of the Chinese participation in renovation and expansion of the Belarus infrastructure? This article discus some issues that come together with the utilization of the Chinese export credits in the electrical energy sector. This piece belongs to the larger analytical project that tracks numerous infrastructure projects carried out in Belarus with the help of the Chinese financial support.

Despite being a cleaner fuel than coal or oil, natural gas also pollutes environment by producing nitrogen oxides and carbon dioxide. The Chinese could not instal already produced equipment in their power plants due to the new energy policy that discourage to build air polluting power plants.

Belarus not only buys Chinese equipment, but also contracts out Chinese companies to construct on the power plants’ site. An example here became a new power block built in a separate building at Minsk TPP-5. Utilising $340m of the loan, Chinese companies built a second power block with a capacity of 400 MW. The Chinese carried out construction and installation completely on their own.

Can the Belarusians build power plants on our own? Do Belarusian engineering and construction companies have enough of the work that they would not mind this job done by the foreign investors? Even though the answer to the both questions remains obvious, Belarus lacks of investment capital to initiate the renovation or construction on its own, and thus, appeals for the foreign financial support.

The Belarusian case, however, does not stand out from the rest of the developing countries worldwide. Belarus belongs to a large group of countries who warmly welcomed the Chinese construction companies.

The Chinese, using export-credits, sent experienced workforce to the countries with a demand for compatible types of power plants, and where with their investments and people such projects can start off. The Chinese have already completed a number of coal power projects in Indonesia, Thailand, Philippines and Vietnam.

In addition to the ecological and employment problems, Belarusians have to bear the consequences of the purchased equipment being idle. During the reconstruction of the TPP-5 Plant, the Chinese also supplied the necessary equipment. A year after launching the second block, the new Chinese gas turbine broke down with an estimated time for the repair of one year.

At the beginning of 2013, the Belarusian mass media became overflowed with rumours about the explosion on another block of Minsk TPP-5 Plant.  The officials, however, claimed that the block stopped working due to the repair planned and intended to last until mid-March 2013.

After the modernization project, Minsk TPP-5 Plant became the fourth power station in the Belarusian energy system. The station, however, remained unproductive for at least six months. In the second half of 2013, neither one of the two blocks of the Minsk TPP-5 Plant are operating or producing energy.

This situation resembles the issues experienced by the plants in China. Even though China became a number one country in the capacity of wind power, one fourth of the farms still need connection to the grid. While Chinese companies already satisfy the central government just by meeting capacity goals, Belarus cannot afford paying for new equipment that increases Belarusian electric production capacity only on paper.

Minsk's energy system remains energy deficient. Before launching the second energy block, Minsk TPP-5 Plant lacked about 800 MW of generating capacity. The new energy block of 400 MW launched into the system has decreased deficit, but has not resolved the problem. What about the harm caused to the environment? The new gas-fueled blocks in Minsk TPP-5 Plant indeed will compound the issues with air pollution.

In the meanwhile, the Chinese managed to give employment for contractors that had to change their specialisation if they were to stayed working in China. They also sold equipment already produced, but impossible to instal or use in Chinese power plants due to the new energy policy in place.

And to top it off, they expect to receive from Belarus an annual interest that varies from 2.5% to 5.33% to pay off the loans. The number of Chinese officials benefited from bribes and kickbacks from the tenders and construction remains hard to estimate.

The Baumgertner Affair: an Oligarchic Win-Win 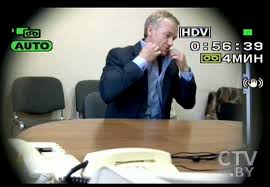 As Uralkali manager Vladislav Baumgertner found himself back in Moscow, both Lukashenka and Putin have reason to celebrate their under-the-table potash deal. The Kremlin has successfully navigated yet another nagging conflict with its problematic ally, while Lukashenka has eliminated a serious economic threat to his power, a conflict that was created by a now-disgraced Russian oligarch.

History of the potassium dispute

The potassium conflict between Russia and Belarus broke out in July 2013. Uralkali, the largest Russian potassium producer that was controlled by the oligarch Suleyman Kerimov, broke off its consortium with the state-owned Belarusian potassium monopoly Belaruskali on 29 July.

The reason for the break-up turned out to be the incompatibility of each companies' respective sales strategies, as both accused the other of selling potash bypassing their agreed upon joint sales channel. Despite the increasing competition on the global potassium market, Belaruskali insisted on maintaining high sales prices. Uralkali, which controlled the sales channels of the consortium, insisted on lowering the sales price and planned to compensate their losses by increasing the amount of potash mined.

In the wake of the break-up of the consortium, which controlled over 40% of world potassium sales, the global potassium market has slumped. Major potash consumers in India, China and Brazil postponed their purchase orders due to market instability and expectations that potash prices would soon start to plummet. According to Bloomberg, third-quarter sales of Potash Corp., the largest competitor of Belaruskali, fell 29 percent.

In response to Uralkali’s move, the Belarusian Prime Minister Mikhail Miasnikovich invited a high profile Russian delegation to discuss the potassium affair. On August 26, Baumgertner arrived in Minsk alone and, following a heated conversation with Miasnikovich, was arrested and put in a high-security KGB jail.

Lukashenka’s decision to imprison a prominent Russian manager seemed erratic and inflammatory. However, the Kremlin reacted in a surprisingly restrained way. This happened for two major reasons.

First, Moscow realised that Kerimov’s desire for higher and quicker profit spelled political trouble for Lukashenka. The export of potassium, along with oil refinement, remain the two main pillars of the contemporary Belarusian economy. In 2012, the net profit of Belaruskali exceeded $770m, a company that provided nearly 19,000 working places. The disruption of potassium exports would have devastating consequences for the Belarusian economy and constitute a direct threat to Lukashenka’s power.

However, Vladimir Putin learned a bitter lesson of what precisely a cornered Lukashenka is capable of during the 2010 summer time gas war, when Russia suffered serious image damage internationally and seriously faltering relations with Belarus. This explains the Russian president’s reaction to his October meeting with Lukashenka, where Putin claimed he “wanted to solve the problem, not [reach a] deadlock, which can easily happen if we start an uproar [over the issue].”

Second, and perhaps equally important, Lukashenka has proven to actually possess the evidence necessary to prosecute Uralkali’s management. In another aggressive move, he made the evidence public and requested Interpol to issue arrest warrants against Uralkali’s top management. On November 22 the Russian prosecutor’s office ultimately brought forth charges against Baumgertner after Belarus' concerted campaign.

In search of a solution

Baumgertner’s arrest caused a stalemate. Lukashenka craved personal vengeance against Kerimov, sought guarantees against a repeat of his tactics and demanded compensation for Belaruskali’s losses. On October 11, during an interview to Russian journalists, the Belarusian president named the nationalisation of Uralkali as his preferred option.

The Kremlin, on the other hand, had different ideas. On September 13, a leak that made international headlines announced the purchase of Kerimov’s Uralkali shares by banker Vladimir Kogan, a Putin associate. This solution satisfied no one. Kerimov deemed the proposed purchase price of $3.7bn too low. Lukashenka lacked guarantees that Uralkali would not again become the target of speculative deals.

However, the deteriorating economic condition of Belaruskali undermined Lukashenka’s bargaining power. The company lacked a sales network and faced the potential defection of its top management. As a result, in September 2013 Belaruskali’s potassium production plummeted 44.5% to September 2012. A year-to-year decline in October 2013 constituted a weighty14.2%. This prompted Lukashenka to seek a compromise.

Both sides reached a deal in November. Kerimov’s share in Uralkali would be purchased by Mikhail Prokhorov, who, like Kerimov, is close to the Medvedev clan. This way its most important mining asset remains in its pool of resources. Besides, Prokhorov is seen as a long-term investor who has enough of his own capital to finance the deal.

Lukashenka found the guarantor for his side of the deal in Dmitry Mazepin, the owner of the second largest producer of nitrogen fertilisers in Russia. Mazepin intends to buy the shares of the minor partners of Kerimov – Filaret Galchev and Anatoly Skurov, which come to a total of almost 12% of Uralkali’s stock, plus an additional 8% from unnamed holders. With nearly 20% of stock in hand, the oligarch will de facto call the shots in Uralkali, as Prokhorov lacks experience in the mining business.

A native of Minsk, Mazepin started as a Belarusian bank manager in the early 1990s, later moving to Russia to get into the oil and mining business. Lukashenka is looking to him to secure the terms of the deal in the long run and oversee the rapprochement between Uralkali and Belaruskali.

Back to the potash business as usual?

There is little doubt that the new owners of Uralkali will try to reverse the damage done by the potash conflict and restore the broken consortium. Despite this, Belaruskali will hardly repeat its streak of extremely high profits that it enjoyed in the 2000s.

As the global potash market is becoming more competitive, the old strategy of limiting supply to maintain high prices will give way to a more open market, meaning falling profit margins. Neither will the new consortium be a carbon copy of the old one.

As Uralkali has emerged out of the potassium conflict relatively unscathed, it will inevitably act as the leading partner in the consortium. And as the economic situation in Belarus deteriorates, the next big thing in the potassium market may be the takeover bid for Belaruskali by its resurgent consortium partner.