As Lukashenka tries to improve ties with his Western counterparts, questions arise as to the merits of this thaw in relations for both parties. Despite the conciliatory tone of US and EU officials, their representatives at the UN Human... 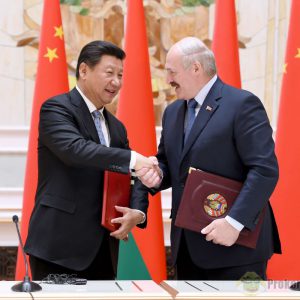 As Lukashenka tries to improve ties with his Western counterparts, questions arise as to the merits of this thaw in relations for both parties. Despite the conciliatory tone of US and EU officials, their representatives at the UN Human Rights Council maintain a tougher stance towards Minsk.

While the West may be vacillating on how to best cooperate with Lukashenka, the Chinese President's recent visit to Minsk demonstrates that Belarus' global standing may indeed be improving. Agreements signed with China promise to bring much needed investment and loans.

Still, the imprisonment of Belarusian citizen for an anti-Lukashenka tattoo and a new law which will fine people for not working shows that little has changed in Belarus as the presidential election approaches. All of this and more in this edition of the Western Press Digest.

Weary of Russia – The Guardian reports that Russia's involvement in the Ukrainian conflict and the annexation of Crimea has raised concerns amongst the authorities and opposition alike. Whereas Lukashenka use to speak fondly of the brotherly nature of Belarusian-Russian ties, his reserved tone and caution is not only being restricted to speeches, but is also find its way in state-controlled organisations. One such organisation is a think tank that is now monitoring what imperially-minded Russian authorities and thinkers say about Belarus.

Lukashenka's rhretoric on preparing Belarus to defend itself if it should be attacked (by an unnamed force) or the government's level of preparedness for the appearance of any 'green little men' may seem like paranoid thinking to some, though it may have some merit to it after all. One prominent popular nationalist online news site, that said parts of Belarus were 'gifts' from Russia, has apparently garnered the favour of the authorities in Moscow, and may be under its protection, a development that warrants further suspicion.

Belarusian rapprochement with the West – The recent thaw in relations between Belarus and the EU and US is a welcome development by most parties, though it may just amount to little more than Lukashenka trying to better his position at the bargaining table with Russia. According to the Washington Post, with the country's small opposition divided as to what to do in the face of potential Russian aggression, a Russian-dependent Belarus is unlikely to undergo any significant change.

China Makes Its Move – A recent visit by the Chinese President Xi Jinping may signal a shift for Belarus' isolated economy. According to AP, the Chinese President signed nearly 20 agreements with his Belarusian counterpart to the tune of roughly $15.7bn, including a $700m loan. A contract with China for potash is one of the most prominent agreements made, though the exact terms of the deal are unknown. The Chinese president said of the improved ties that it was China's hope to make Belarus a hub for its 'silk road' development project, uniting Asian markets with European markets.

Not Working? Then Pay For It – In an effort to combat making welfare payments to able-bodied individuals who are unemployed, the Belarusian parliament has passed a law that will require them to pay an tax. The law is based on a proposal made to parliament by Lukashenka and is designed to motivate people to get to work. The new law will not affect the elderly, disabled, or individuals with young children and is temporary in nature. AP reports that according to the Minister of Labour, the measure is a temporary one that is meant to incentivise individuals to find gainful employment and limit their burden on the state's coffers.

Jailed Over A Tattoo – RFE/RL reports that Yury Rubtsou has been sentenced to another 2 years in jail, following his court date for violating a 18-month sentence of compulsory labour. His original sentence was handed down after he was arrested for wearing a 'Lukashenka, Get Out!' t-shirt — a phrase that he at some point got tattooed on his chest. During the course of his hearing, Rubtsou removed his shirt to show off his ink. He was originally brought into court for refusing to carry out his mandatory labour sentence and went on a 50 day hunger strike, complaining that wages were too low.

UN Human Rights Council Decries Belarusian Reality – Members listed their concerns about the situation in Belarus at a session of the United Nations Human Rights Council in Geneva. RFE/RL reports that during the session, the US Ambassador to the council called on Belarus to reforms its electoral laws in line with OSCE standards, to which the Belarusian representative stated all had been done to make sure the elections would take place in an orderly and transparent fashion.

The representative Swiss pushed for change with regard to how civil society organisations were treated, calling for their 'decriminalisation', while her Swedish counterpart called for the end of the death penalty in Belarus — the only European country which still employes it.

Belarus' Lost Identity – Following the departure of Belarus' large Jewish population, little remains to suggest that it was once the centre of a vibrant community out of which world-reknown artists like Marc Chagall emerged. After the 1918 Russian Revolution and, later, the Nazi invasion of the region, the Jewish community in Vitebsk,Belarus has virtually been erased from global memory, save for a few classic paintings by Chagall. As the NYTimes piece suggests, after Chagall and his works were either ignored or defamed by the Soviet authorities, his presence and importance is finally beginning to be acknowledged again, as his love for the city emerges in the minds of Belarusians.

In its third year, the festival adopted Belarusian history and culture as key themes. Visitors tattooed themselves with national symbols, bought skateboards like those on sale at the The Float Life accessories store and painted bodies with patriotic images. 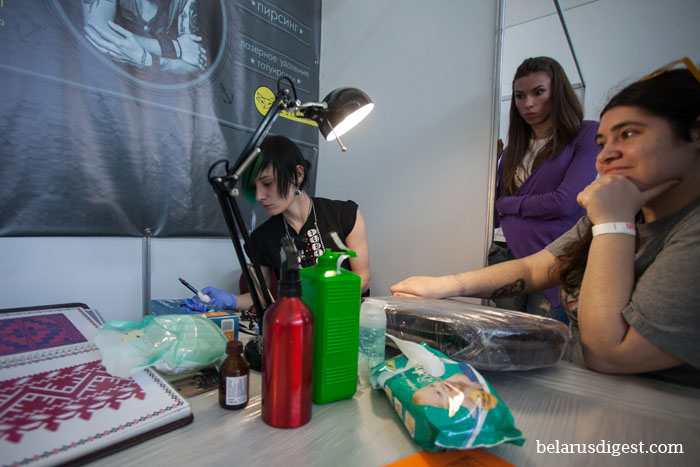 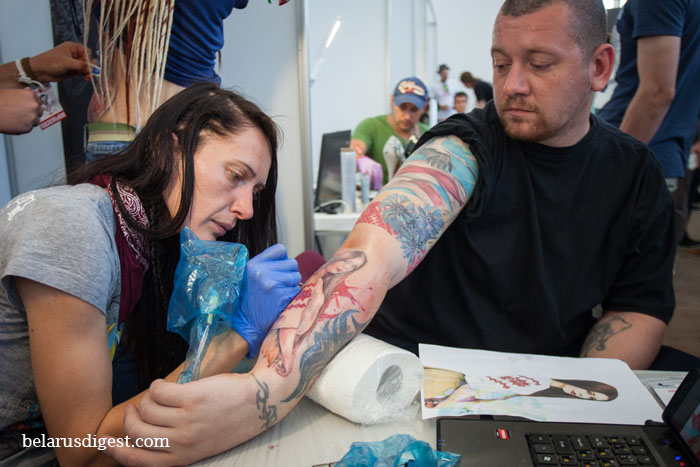 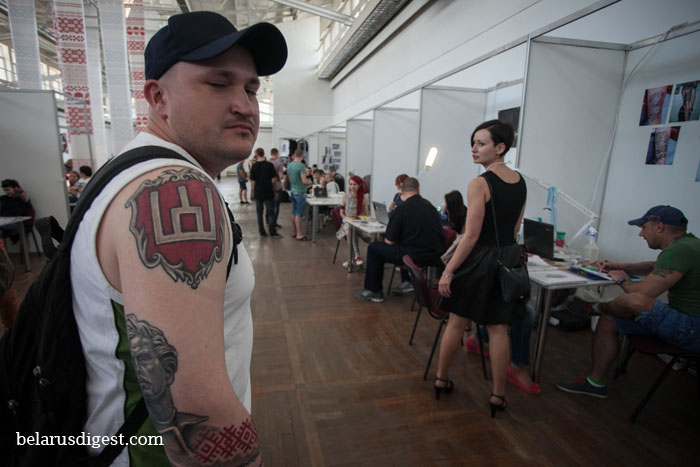 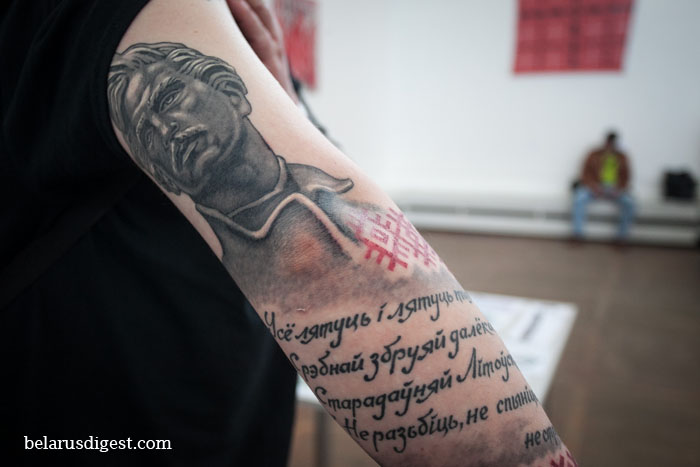 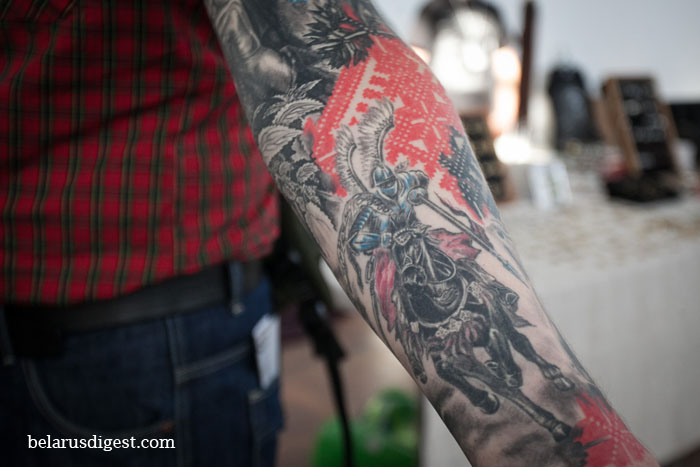 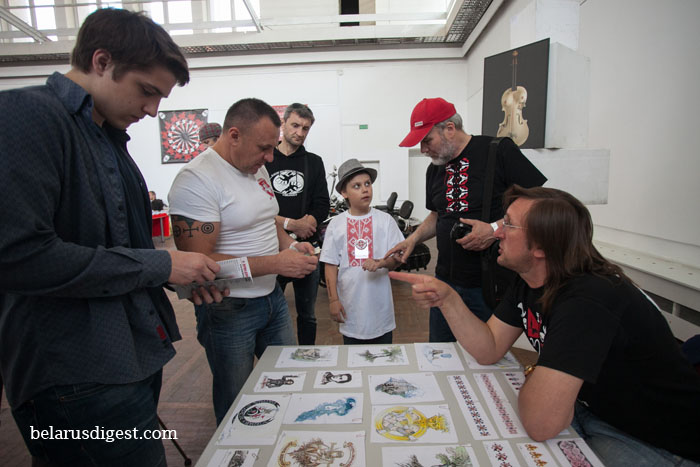 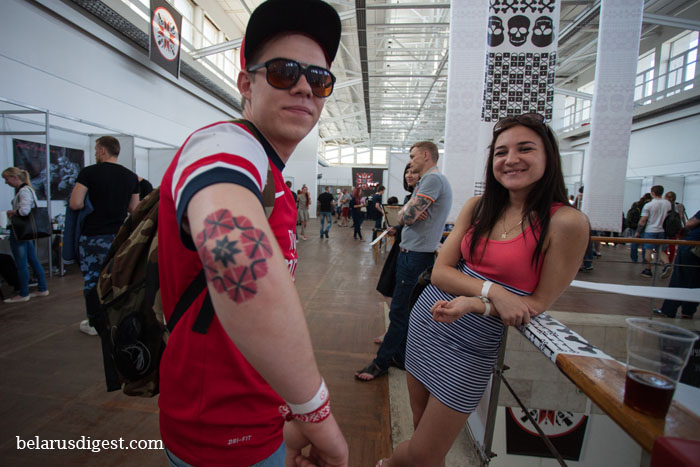 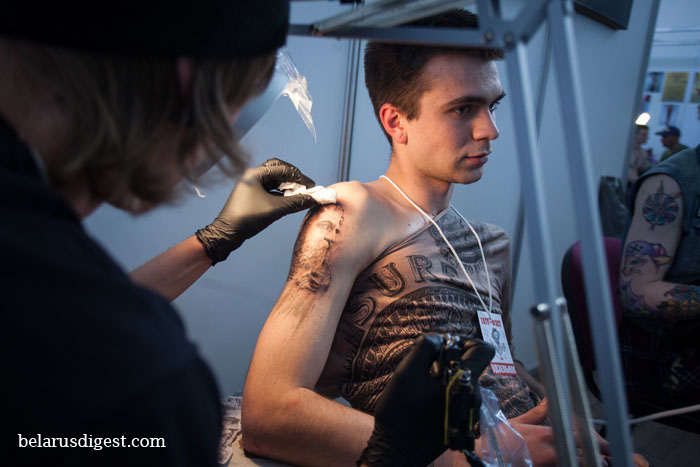 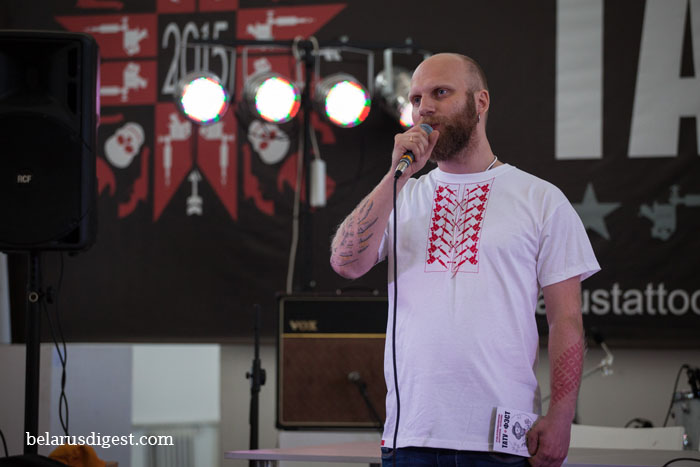 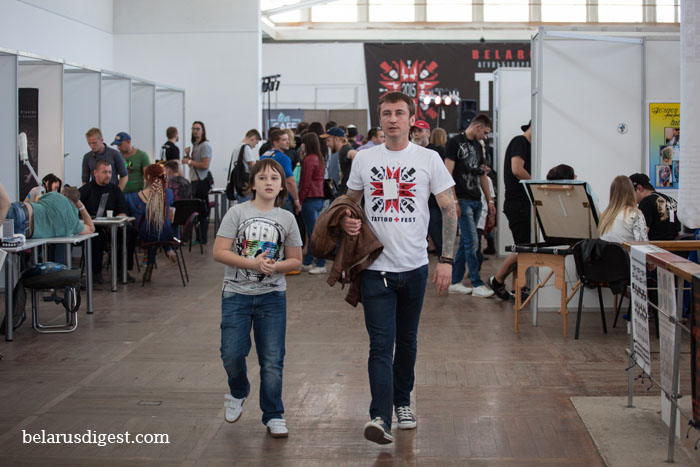 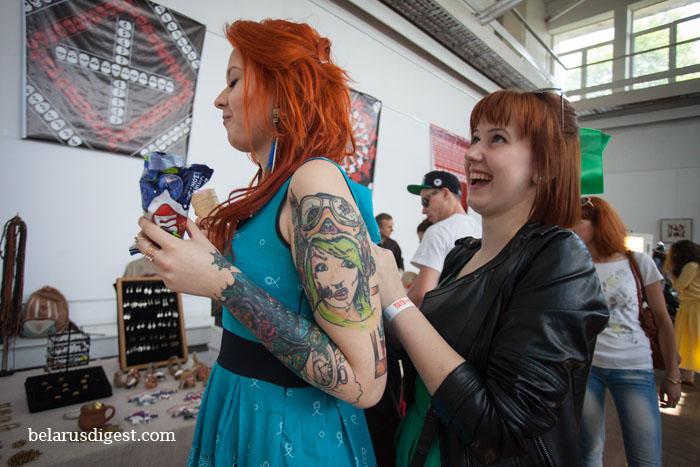 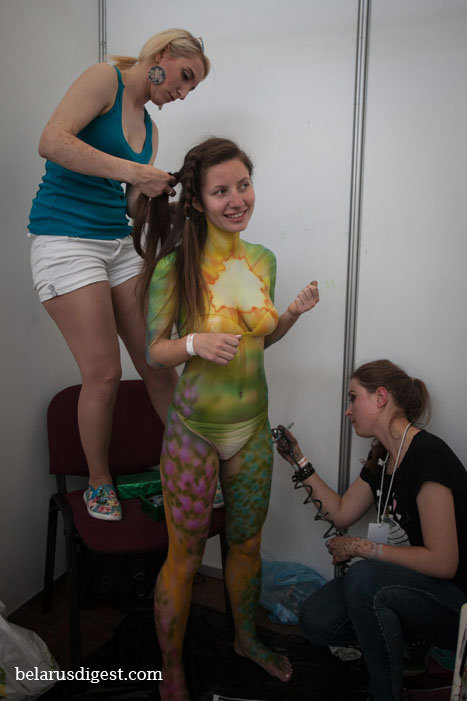 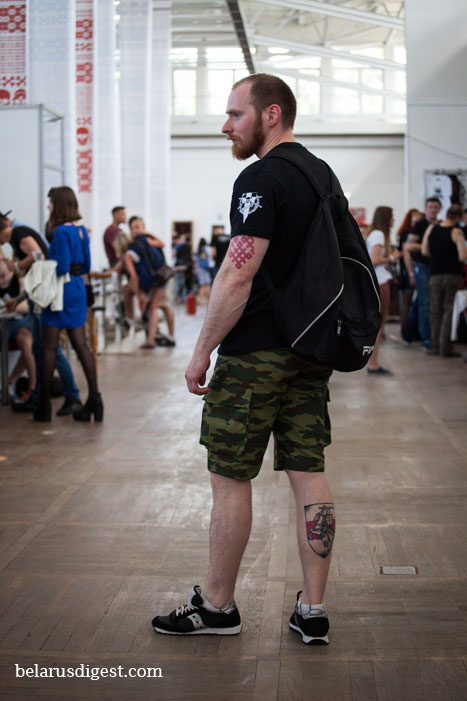