Olga Hryniuk 26 September 2018
As new NGOs managed to register in Belarus in 2018, the interaction progress between the authorities and civil society has increased. At the same time, the recent arrests of the journalists from the media outlet TUT.BY have worsened Belarus’s... 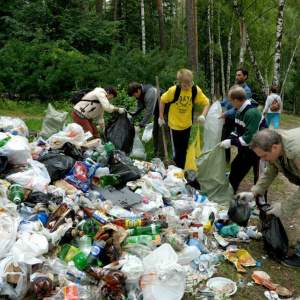 As new NGOs managed to register in Belarus in 2018, the interaction progress between the authorities and civil society has increased. At the same time, the recent arrests of the journalists from the media outlet TUT.BY have worsened Belarus’s international stance in the human rights rankings.

Belarus hosts a series of IT-related and gender-related events. On October 3,  Minsk hosts the Internet Governance Forum aimed at the discussion of the progress of the Internet in Belarus. Free mentoring leadership programs for career women will take place in September-October.

The Center for New Idea releases the Index of Future for Belarus. Mogilev to host a culinary Dranikfest on September 29.

Let’s do it! Cleaning Day was held in Belarusian cities. On September 15, Belarus closed the 6th season of its participation in the global action Let’s do it! to clean unauthorized dumps. Organized by environmental CSOs, the action takes place in Belarus from 2012. This is one of the largest volunteer actions in the country – the most massive one of 2016 involved over 24,000 people.

Civil society and IT technologies

IT technologies for civil society master classes are being launched by the Office for European Expertise and Communications in cooperation with Estonian partners. A series of educational events will present the best practices of Estonia and Belarus, which will help Belarusian CSOs to effectively use the available technologies. The first master class on October 4 will present online tools for teamwork. 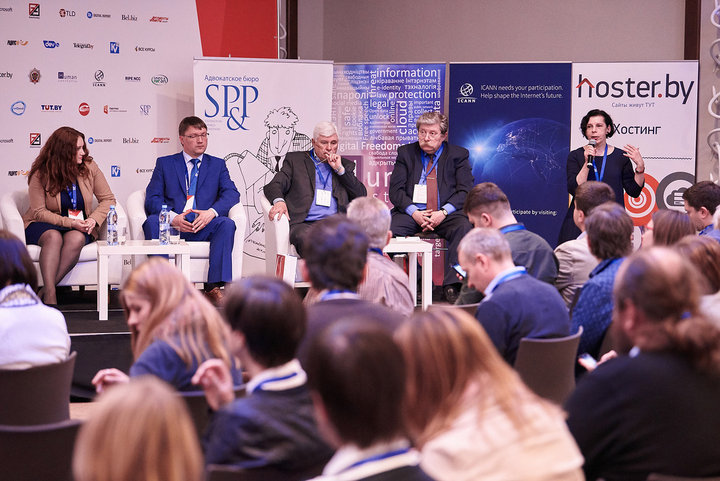 One of Minsk’s regular IT Forums. Source: ngo.by

‘Sofa troops’: Belarusian civic activity on the Internet. On October 3, Minsk hosts the Internet Governance Forum (IGF), a unique multi-stakeholder platform aimed at finding the best ideas for the progress of the Internet in Belarus. One of the panels is devoted to the discussion of the growth of civil activity of Belarusians on the Internet and the possibility of its transition to offline.

Media Management & IT Forum will be held in Minsk, on October 25-27. The civil-society driven Forum raises a topic of media management in the digital age and brings together 100 participants from Belarus, the Eastern Partnership countries and the EU. Inter alia, a phenomenon of disinformation will be discussed, as well as a low level of investigative journalism and fact-checking in the region. Registration is open until September 30.

Journalists and editors of ‘BelTA case’ banned from leaving Belarus. On August 27, after interrogation in the Investigative Committee, seven editors and journalists suspected in the BelTA case were temporarily restricted from foreign travel.

Feminist art-project becomes viral in social networks. The sexist remark Lady, Comfortable in Daily Life appeared in the state-run newspaper to describe the detained female journalists in the BelTA case. The phrase became the name/hashtag of the project that encourages reflecting the role of women in Belarus and sharing personal stories. The campaign is supported by visual products that present successful Belarusian women. 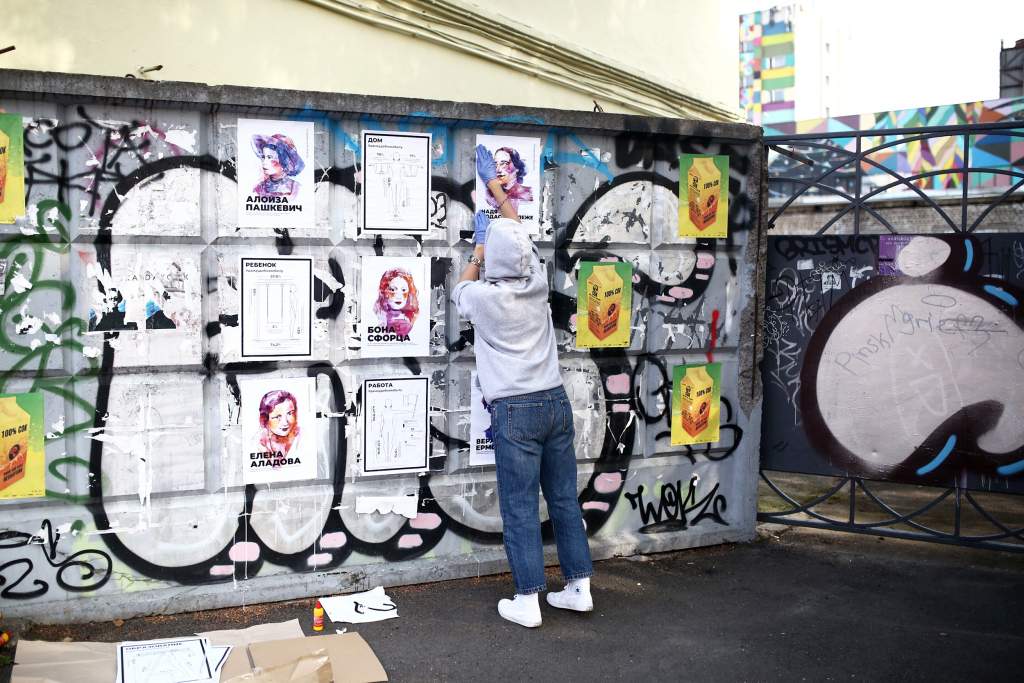 Only 30% of business in Belarus headed by women, no ambitions and the huge burden of household duties. These are the findings of a Women Entrepreneurs in Belarus study by the Belarusian Economic Research and Outreach Center (BEROC) that explored major aspects that affect female entrepreneurship in the country. They include social roles, motives, decision-making process, and macroeconomic factors.

Free mentoring leadership program for women launched in Belarus. The unique program presents a model of women’s gratuitous cooperation to move more confidently along the career with the support of another, more experienced woman. Sixty participants will be selected: 30 mentees and 30 mentors. The organizer is Her Rights Center to Promote Women’s Rights.

Dranikfest 2018 to be held in Mogilev, on September 29. The festival is held for the 4th time and has become a business card of the region. Organized by the Center for Urban Initiatives, the agenda includes a contest for the best cooking of potato pancakes (‘draniki’), live music, exhibitions, master classes, etc. During the festivals, guests eat several tons of potatoes.

12-story-high mural appeared in Minsk. “This artwork is about the country’s hope, its image of the young IT-Belarus, which looks confidently to the future and creates it right now”, according to its author Fintan Magee, the street artist from Australia. The mural became possible due Urban Myths crowdfunding initiative that invites artists from different countries to create artworks based on their impressions of Minsk and Minskers.

Planetarium International Eco Film Fest to be held in Minsk, on September 24-30. The cinema Tsentralny in the centre of Minsk will become a festival area. This year, the agenda includes seven movie screenings from the US, Brazil, Lithuania, France, Russia, etc. The civil-society driven festival is organized for the second time and intended to show that environmental cinema is not boring, but thrilling and motivating.

Index of the Future of Belarus is released by the Center for New Ideas based on the forecasts of 26 experts. The Index shows what (most likely) will be with Belarus in economy, demography, education, and inclusiveness of the state for the next five years. Namely, experts predict that status and conditions of civil society development may remain approximately at the same level or slightly improve. 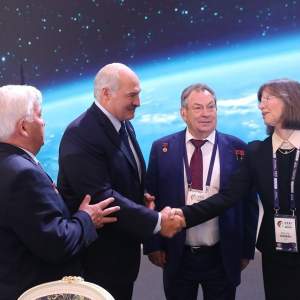 Hrodna and Homiel celebrate their anniversaries. All of this and more in the latest edition of State Press Digest.

Lukashenka reshuffles the government amid the unsuccessful inspection of the Orsha region, reports the official Internet Portal of the President of Belarus. According to Lukashenka, the major faults of the fired officials included the “over relying on the market hand” as well as the “inclining to the fast privatization of state assets”. Nevertheless, Lukashenka’s new appointments also possess close ties to the “market hand”. In particular, the top-banker Siarhei Rumas became the new Prime Minister and the Deputy Minister of Economy Pavel Utiupin became the Minister of Industry. 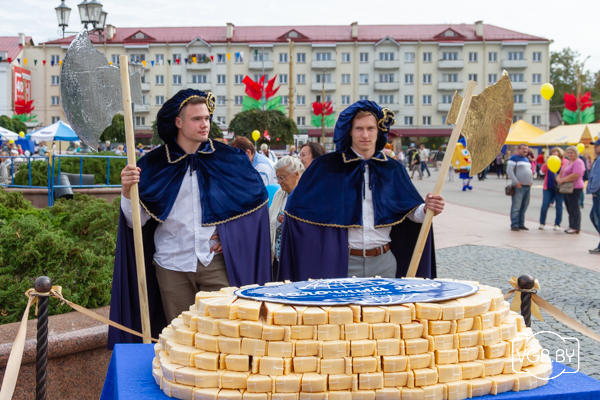 According to Rumas, while the political relations between Belarus and China stayed “extremely good”, the inter-state trade relations suffered at times. Among the key obstacles to Belarusian-Chinese trade Rumas named financial barriers faced by Belarusian companies at the calculation stage and the recent quarantine restrictions for Belarusian agricultural products.

Minsk hosts the 21st International Space Congress, reports Soyuznoye Veche. On 9-15 September, Minsk hosted the 21st International Space Congress – one of the world’s major conferences on space exploration. In his address to the participants of the Congress, Alexander Lukashenka expressed satisfaction with the development of space industry in Belarus, reports Belarus Segodnya. According to Lukashenka,

Apart from that, Belarusian scientists intend to participate in Moon’s exploration programs and develop medicines for space use. 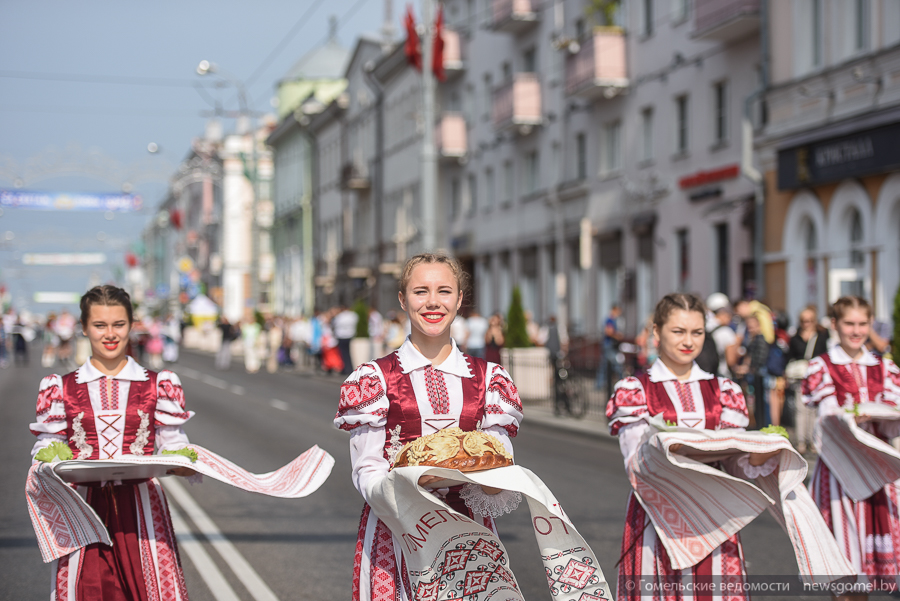 According to the monography, Alexander Lukashenka had to “be removed beforehand” as “not pro-Russian enough” in order to avoid the repeat of the “Crimea scenario” in Belarus. Due to the upheaval of public discontent, MGIMO immediately apologized and stopped the monography’s circulation.

Hrodna celebrates its 890th anniversary, reports Vechernij Hrodna newspaper. On 15 September, Hrodna celebrated its 89oth anniversary with food courts, dances, music, and fireworks. Founded in 1128, Hrodna played an important role in the Belarusian history. So far, Hrodna remains one of the most influential cultural and economic centres of Belarus.