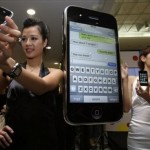 Russian mobile telecom providers are unable to bring their newly purchased equipment to Russia because of the licensing issues that emerged with the recent creation of the customs union between...

The Editorial Board of the peer-reviewed journal of political studies Political sphere (Palitychnaja Sfera) is currently inviting submissions for Issue 14 (spring 2010).

The main focus of the issue is nation, national project, idea of nation, ethnic conflicts.

Text may be submitted in Belarusian, Russian or English.

Articles on other topics are welcome as well.

Only the texts not published before neither as a part of monograph nor as a separate article can be submitted.

Articles received by the editorial board are put to mandatory anonymous scientific review (peer-review).

You can find more details of general and format requirements here.

At present, Political Sphere is the only professional journal of political studies in Belarus. It has evolved into a vibrant community of Belarusian social scientists with its own seminars and research projects.

The Journal aims to encourage the study of Belarusian politics, stimulate research and analytical activities in Belarus, and integrate Belarusian social scientists into the international academic community.