This month Belarusian analysts focused on geopolitical games involving Belarus, the deep roots of the economic crisis and the inability of the officials in Minsk to deal with it. Another topic which began to receive more attention is the... 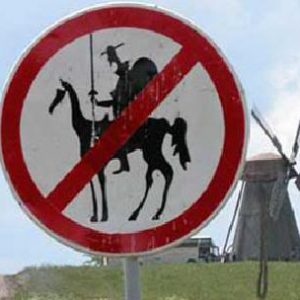 This month Belarusian analysts focused on geopolitical games involving Belarus, the deep roots of the economic crisis and the inability of the officials in Minsk to deal with it. Another topic which began to receive more attention is the Belarusian parliamentary elections in 2012.

Geopolitical Mill. Political scholar Andrey Suzdaltsev attributes Lukashenka's regime longevity to sitting in the "grey" zone of the struggle between the EU and Russia for political and economic influence in the post-Soviet space. The analyst is sure that, until recently, the West objectively appreciated Lukashenka because he acted against Russian policy in the post-Soviet space, and even on the world arena. Suzdaltsev regards Poland and Lithuania's leaks of information about opposition activists'  bank accounts as a planned action rather than an unfortunate incident.

The author believes that now the EU has the task of crushing Lukashenka by Moscow hands. He argues that the West in fact has been fighting not the regime of Lukashenka, but solely its pro-Russian vector. This situation, according toSuzdaltsev, condemns the Belarusian opposition to play the role of Don Quixote tilting at windmills.

Belarusian Example. In another article Alexander Suzdaltsev analyzes Russia’s attempts to establish control over Belarusian gas transit pipeline.  Until this spring Russian Gazprom refused to link the sale of Belarus' gas pipeline with gas prices over the next three years. But now Russia agreed to this because it is interested to use Belarus as an example to lure in Ukraine which has resisted Russia's attempts to gain more control over Ukraine's energy giantNaftogaz. Russia also hopes that Ukraine will become a full-fledged member of the Customs Union of Russia, Belarus and Kazakhstan.  Suzdaltsev concludes that in Russia's battle over Ukraine the official Minsk is ready to take any geopolitical role as long as it is paid for.

Belarusians Lliving Beyond Their Means. Yury Pshennik, taking into account the price increase in August, seeks to answer the question of what can Belarusians afford today. He writes that Belarusians and Belarus for many years lived beyond their means. Now as the economic crises hits the country, many began to understand that the Belarusian economic model is unsustainable.  The number of people who go abroad to earn a living has sharply increased as salaries have plummeted. However, the government is not serious about reducing its expenditures and continues to build new ice hockey palaces and presidential residencies.

Doing Nothing as a Method of Governance for Belarus. Another former presidential candidate YaraslauRamanchuk argues that the official Minsk does not have any coherent strategy, resources or professionals to deal with the economic crisis. He argues that the authoritarian political system is not designed for official decision-making and combating crises. It can only efficiently manage security organs, which will stay loyal as long as they are well paid.

Parliamentary Elections on Our Own Terms. Ales Mikhalevich recommends what needs to be done in order to 2012 parliamentary elections  to become a key step towards democratic change. Former presidential candidate AlesMikhalevich, who now lives in exile argues against boycott of the 2012 parliamentary elections. Although he has no illusions regarding the official outcome of the elections, he thinks it is important to mobilize people to put pressure on authorities to release political prisoners.

Nomenclature wants to strengthen its position. The Chairman of the Council of the Republic of BelarusAnatoly Rubinov advocates the creation of a political party on the basis of the pro-governmental association "BelayaRus". Political scientist and politician Dmitry Kuhlej believes that in this way part of the Belarusian nomenclature goes to the end of the stage of authoritarian modernization and it would signal a reduction in the role of the president in the Belarusian politics.

The Only Way to Bring Changes Closer. Petr Kuznetsov suggests that only by changing the paradigm of values will Belarusians achieve positive change in society. He believes that the economic crisis alone will not lead to changes and it is important to help Belarusians understand and appreciate the value of human dignity, freedom, and human rights.

Belarus Digest prepared this overview on the basis of materials provided by Pact. This digest attempts to give a richer picture of the recent political and civil society events in Belarus. It often goes beyond the hot stories already available in English-language media.
PDFPrint
https://belarusdigest.com/story/don-quixote-role-of-the-belarusian-opposition-digest-of-belarusian-analytics/
Belarusian opposition Beltransgas mikhalevich rubinov Russia-Belarusi relations suzdaltsev Ukraine's Naftogaz 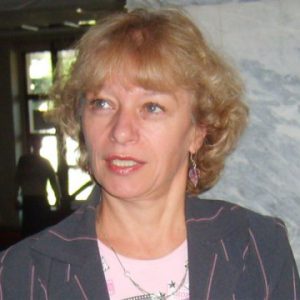 Last week Belarusian authorities continued the criminal prosecution of Ales Byalyatsky. The authorities also continued to put pressure on lawyers who represent opposition activists. There were no massive protests last week but Belaruian courts fined two people who were involved in organizing silent protests this summer.

Formal charges against Ales Byalyatsky. On 12 August, Ales Byalyatsky was formally charged under Article 243-2 of the Criminal Code (concealment of income on an especially large scale). On 15th of August his detention was extended for two months.

Earlier this month Belarusian authorities detained Ales Byalyatsky, chairperson of the Human Rights Center Viasna and vice-President of the International Federation for Human Rights (FIDH). Belarusian authorities allege that Ales Byalyatsky failed to pay taxes of Br 143.7 million (approx. $28 700). This offense envisages up to seven years of imprisonment with confiscation of property.

Sentence for posting political prisoners’ portraits. On 16 August, two activists of the Young Democrats (UCPB’s youth wing), Zmitser Silchanka and Volha Padzeryna, were detained. The following day, they were found guilty of posting illegal leaflets featuring the portraits of Belarusian political prisoners and sentenced to 5 days of administrative arrest each.

The organizing committee consists of representatives of the opposition pro-democratic parties and movements. They announced that the meeting will be held on 08 October, 2011 in 28 Belarusian cities. In Minsk, the National Assembly will be held on ​​Bangalore Square, outside of the city center. You can also check my reference to get in contact with lawyers to give you legal advice for you case.