Economic Liberalisation in Belarus: Yet Again? 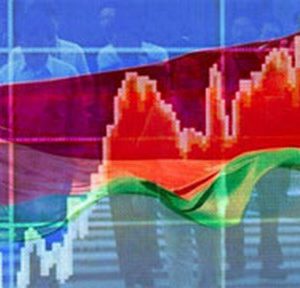 The decree is a reaction to the challenges of the Eurasian economic integration project with Russia and Kazakhstan and aims to boost the attractiveness of Belarus for foreign and domestic investments. However, previous attempts to improve the business climate showed that it was not enough to adopt liberal legislation to bring about real change.

The inconsistency from the government, its poor macroeconomic policy and opposition to reform from within the political elite remain the main major obstacles standing in the way of prospective investors.

The Belarusian authorities have declared liberalisation of the country’s business climate as their priority many times before. Several years ago Alexander Lukashenka demanded that the country entered the top-30 list of the World Bank’s Doing Business ranking. Then the government initiated a series of improvements to the business climate – among other measures it liberalised start-up procedures and slightly enhanced the taxation system. But this effort was not enough. Currently, the country is ranked 69th.

In 2008 and 2009, presidential decrees established favourable conditions for doing business in rural areas and small towns. They simplified procedures and waived certain taxes for small enterprises there. The decree became a model for a more fundamental document, Directive No. 4, that was signed on 30 December 2010.

Directive No. 4 laid out a detailed vision for microeconomic liberalisation across the whole country. Its pro-market spirit caused high expectations in the Belarusian business community and among local and international experts. However, the authorities failed to carry out the essential reforms that Directive No. 4 envisioned. The government’s contradictory policies during the economic crisis of 2011 “buried” all the expectations. And it even seemed that after the return of Russian subsidies in 2012, liberalisation was off the agenda.

Competition in the New Economic Reality

On 1 January 2012 Belarus became a part of the Single Economic Space with Kazakhstan and Russia. Goods, services, capital and labour forces can now freely move across the SES. Belarus has to compete with its integration partners for businesses that want to work on the SES market and also for foreign investments.

It is clear that without real liberalisation Belarus will lose the competition. Both Russia and Kazakhstan have more stable and less regulated economies. Some of Belarus' own entrepreneurs have transferred their businesses to Russia, primarily to its western regions. And foreign investors do not want to invest in Belarusian administrative economy either: in 2011 Belarus received only $1.5bn of foreign direct investments.

The newly signed liberalisation decree (Decree No. 6) comes as a response to the economic realities of the Single Economic Space. Like the decrees of 2008 and 2009, it does not affect cities, but aims to stimulate entrepreneurial activity in small and medium-size towns and rural areas (almost half of the population of the country live there). And it is better than the previous acts because it has more explicit provisions of direct effectiveness which do not require additional implementation measures.

Decree No 6 significantly lightens the financial and administrative burden for businessmen in rural areas and small and medium-size towns. It exempts companies from income and property taxes and tax for individual entrepreneurs that produce their own goods and services (i.e. that do not just trade). It exempts businesses from the obligation to pay certain duties, make mandatory contributions to the so-called state innovation funds and sell 30% of their foreign currency revenues to the state. It also provides easier access to loans and better terms of their repayment.

Moreover, entrepreneurs and companies became absolutely free to choose their commercial partners and conclude contracts with them. In other words, the state significantly relaxed control over business activities. Essentially, the decree creates a big special economic zone that spreads over half of Belarus' territory.

Businesses will enjoy all these rights for seven years after their registration.

Importantly, Decree No. 6 tackles the problem of regional development in Belarus. According to the official statistics, the population of rural areas and small and medium-size towns has been diminishing for the last decade while the population of cities has been growing. As a result, the economic activity in the regions is extremely weak and the quality of life is much lower than in the cities.

The decree is a very promising piece of legislation. It shows that the current situation forces the authorities to think in the right direction. However, as the previous experience showed, it is not enough just to sign decrees. There are several factors that can undermine the good spirit of Decree No. 6.

First, the Belarusian government has a serious problem with transforming its own strategies and decrees into consistent policies. The aforementioned Directive No. 4 is the most recent example. In spite of numerous declarations, only 20 per cent of that directive’s provisions have been practically implemented.

Second, the government’s awful macroeconomic policy can overshadow any success in microeconomic liberalisation. With inflation exceeding 100 percent like in 2011, a country cannot expect to receive considerable amounts of foreign investment or to revive the activity of local entrepreneurs. Hopefully, in 2012 inflation will not exceed the level of 25-30 per cent. But these are still shocking numbers for investors.

Moreover, in September Belarus will hold parliamentary elections. And elections traditionally cause macroeconomic destabilisation in the country, as Lukashenka’s populist government likes to bribe voters by raising their salaries (which usually means essential money emission). These days we once again hear the same old story about the average salary across the country: Lukashenka is once again demanding that it reach $500 a month by the end of the year. Today the figure stands at $370.

Finally, there are different views on liberalisation inside the ruling elite. There are opponents of reforms in Lukashenka’s closest circle. And there are lots of regional officials and directors of state enterprises who do not see their interests being served in liberalisation. Therefore, they will keep undermining any sound pieces of legislation, including Decree No 6. 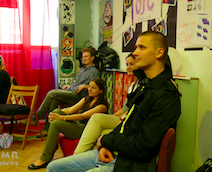 Festival of Your Initiatives, photo: ampby.org

International Conference “Future of Belarus”. Renowned scholars, researchers, respected international experts, development professionals and civic activists from Belarus and abroad will gather in the capital of Lithuania, Vilnius on May 25-26 to debate the “Future of Belarus” at an international conference dedicated to the 20 years of independent research in Belarus and the establishment of the Independent Institute of Socio-Economic and Political Studies (IISEPS).

The conference is organised with support of USAID through Pact, the Eastern Europe Studies Center (EESC) and the Ministry of Foreign Affairs of Lithuania.  Organisers will provide live streaming from the conference over the Internet. The conference program is available here.

Human rights training in Homel. The training named "International standards in the sphere of human rights: monitoring of court proceedings" was held in Homel, with the support of Homel Center for Strategic Litigation. The training was given by experts of the Center for Legal Transformation (Minsk) Mikhail Matskevich and Aleh Fiadotau. During the seminar the participants and trainers discussed the relevant instruments for conducting court monitoring, created by Belarusian human rights organisations and aimed at revealing violations of human rights and procedural legislation.

BAJ Congress. On May 18, Belarusian Association of Journalists (BAJ) organised its 8th Congress. At the event, attended by nearly 100 journalists and guests, BAJ Board presented the results of organisation's work in 2009-2012.

A second month without a passport.Dr Alaksiey Pikulik, BISS Academic Director received an official notification informing him that the term of checking the validity of his passport has been extended for another month. In April Alaksiey Pikulik’s car was stopped in Minsk by the road police on suspicion of disorderly conduct and forging documents. The latter allegation was used as a pretext to confiscate his passport and iPad.

Festival of youth initiatives. A festival of youth organisations and initiatives took place on May 13, 2012 in Art Siadziba in an open space format. Center for the Development of Student Initiatives, Student Council, Public information service of BSU campus, Union of Belarusian Students, AIESEC and AEGEE took part in the event. In addition to learning more about each other’s organizations, the participants viewed a presentation of monitoring results of academic freedom violations.

PhotoBattle kicks off. The first national competition among amateur photographers PhotoBattle kicked off on May 12, 2012, organised by Grodno-based Third Sector NGO. At the moment, the competitions’ jury is reviewing the works submitted by 16 teams from Brest, Maladechna, Hrodna, Gomel, Baranavichi, Slutsk and Minsk.

34 Multimedia Magazine from Belarus to receive IPI’s 2012 Free Media Pioneer Award. An independent jury of five members of IPI's Executive Board selected 34 Multimedia Magazine, a banned, Belarusian-language youth magazine, to receive the honor. IPI will present the award during a special ceremony at its Annual World Congress, which will take place from June 23 to 26 in Port of Spain, Trinidad and Tobago.

Guidebook "I am setting up a non-governmental organisation in Poland" for Belarusians. The Belarus Working Group in cooperation with the Association Klon/Jawor prepared the guide which "step by step" shows the procedure for registration of Belarusian NGOs in Poland, as well as experiences of foreigners in providing social activities in our country. The guide's authors believe that registration of juridical personality in Poland is a solution that in the long run will help fund Belarusian organisations using foreign funds.

Anti-homophobia pickets banned in Minsk. LGBT Human Rights Project ‘GayBelarus’ was denied by Minsk City Executive Committee to hold pickets against homophobia in the government and opposition. The group asked city authorities to hold a picket near the office of BPF party to protest homophobic statements made by the party leader Alexander Streltsov.