Over the last month the Ostrogorski Centre primarily covered and analysed the 2016 parliamentary elections in Belarus. The centre organised live online coverage, published analytical and monitoring materials, took part in observation and commented on the electoral process for... 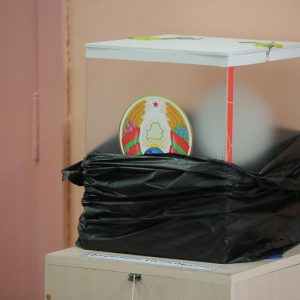 Over the last month the Ostrogorski Centre primarily covered and analysed the 2016 parliamentary elections in Belarus. The centre organised live online coverage, published analytical and monitoring materials, took part in observation and commented on the electoral process for Belarusian and foreign media.

Besides the elections, analysts of the Ostrogorski Centre discussed military procurement policies, the appeal of Belarusian universities to foreign students, and trends in the government’s interaction with the Belarusian diaspora.

Siarhei Bohdan analyses recent military equipment procurement policies and tries to understand whether Minsk is really overhauling its army in response to new challenges or if it’s just a trick to conceal the decline of the Belarusian military due to financial difficulties.

The expert concludes that it would be wrong to describe the current transformation of the Belarusian armed forces as a decline. Minsk is reshaping its army in an organised manner in accordance with its financial resources, e.g., downshifting its air force.

Ryhor Astapenia discusses the prospects for attracting foreign students to Belarusian universities. The Belarusian authorities are relying on the relatively low price of living and for-profit learning from the educational sector, but many issues create serious obstacles, especially for western students.

Belarus should make its education internationally recognised, develop programmes in English and attract lecturers with international teaching experience. It needs to remove unnecessary bureaucracy and train education agencies. Belarusian universities lack influential alumni organisations that can help attract new students, and this should also be addressed. 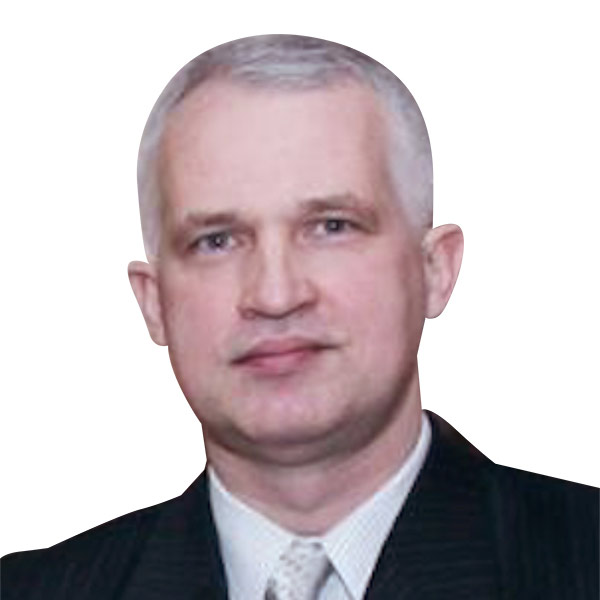 Igar Gubarevich analyses a recent and noteworthy trend in the government’s interaction with Belarusians living abroad. Earlier, outreach remained limited to cultural events or using expatriates as the regime’s advocates.

On 11 September Belarus Digest provided live online coverage of the parliamentary elections in Belarus: the most important developments as well as reactions to the process and results. The website featured a collection of stories from international and Belarusian media, as well as videos, pictures, and comments from experts.

Development director of the Ostrogorski Centre Ryhor Astapenia took part in election observation at one of the polling stations in Minsk. Ryhor reported a 1,5 times inflated turnout and non-transparent vote counting. The electoral commission members behaved rudely and refused to provide information to Belarusian observers, but became extremely polite and prompt when the OSCE mission came.

Ryhor attempted to organise live video coverage of the vote counting process, which the commission tolerated for a couple of minutes before stripping Ryhor of his accreditation as an observer and driving out of the station.

Belarus Digest published an editorial on the messages the authorities are trying to convey to the West by letting two representatives of the opposition and civil society in the newly-appointed Parliament. These messages are: 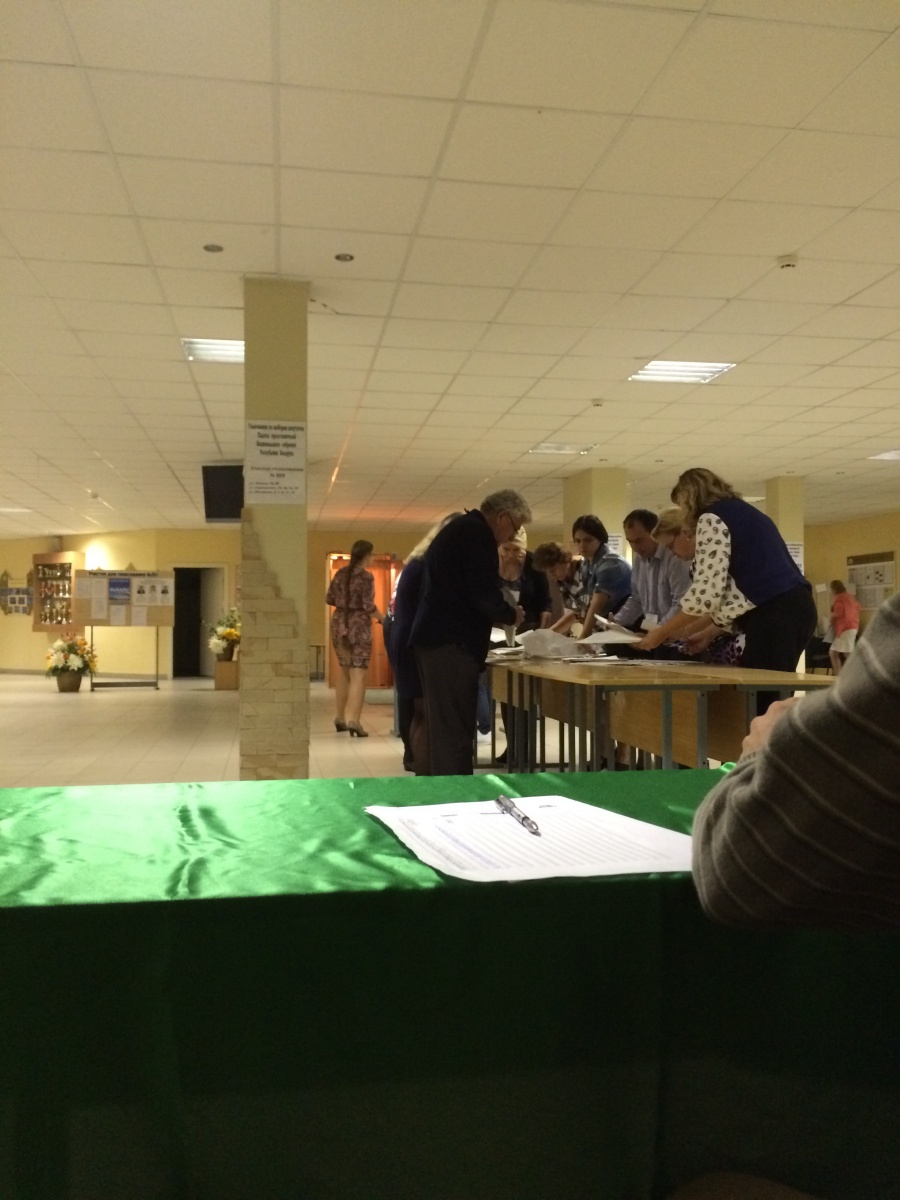 Belarus Digest in cooperation with the National Democratic Institute published a series of analytical materials on different stages of the electoral campaign: the parliamentary campaigning period, the early vote period, as well as conduct and outcomes.

Ostrogorski Centre analysts commented on the election process and its results for Belarusian and foreign media.

Foreign Policy magazine quoted Yarik Kryvoi on the ongoing transformation of the Belarusian political and economic model. He thinks that Western officials should be more assertive in developing relationships with a new generation of Belarusian administrators in order to facilitate long-term change.

Ryhor Astapenia discussed the implications of the emergence of an opposition in the Belarusian parliament. According to Ryhor, the new situation will let the opposition change its image of destructive revolutionaries to respectable members of parliament.

Bloomberg quoted Igar Gubarevich on the opposition representatives in the newly elected Belarusian parliament as a part of Lukashenka’s game with the West.

Aljazeera quoted Siarhei Bohdan in an article dedicated to the 2016 parliamentary elections in Belarus.

Siarhei Bohdan comments for Radio Racyja on new purchases of the Belarusian armed forces and recent actions in the field of defence. Belarus does not think a large military conflict is possible, but fears a local conflict like in Donbass. Recently it has been taking measures against such a scenario: purchasing weapons, preparing troops, revising army structure, and making orders for R&D.

Towards a new agenda for the West and Belarus 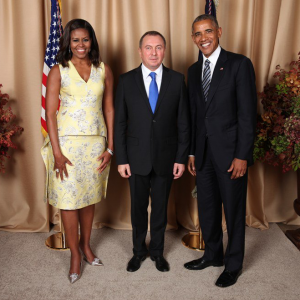 The results of the parliamentary elections on 11 September surprised many in Belarus. Few believed that Lukashenka’s regime would allow independent deputies in parliament, but these elections have shown that the Belarusian authorities are at least willing to appear to change.

Although this does provide optimism, Belarus and the West still need to create a new agenda to ensure that Belarus remains on a positive trajectory. In other words, the EU and US should not make demands that are completely unacceptable to the regime.

The West's main requirement, free elections, is not an unreasonable one. However, increasing democratic space within the country should be a greater priority. This could be accomplished , for example, by moving Western foundations to Belarus and pushing for a greater number of opposition politicians in local councils.

The idea that Lukashenka’s regime cannot change has existed for a long time, but the parliamentary elections on September 11 have showed a slightly different side to the Belarusian authorities. The author, an observer at the elections, personally witnessed the election commissions inflating turnout, while the process of vote counting remained opaque. In the end however, the Belarusian authorities surprised many by letting Hanna Kanapatskaja and Alena Anisim, two women with democratic views, into the parliament.

This shows that Lukashenka's regime appears able to at least implement token reforms to appease the West. A year ago, the Belarusian government released a number of political prisoners to this end and now seeks to similarly utilise the democratic MPs. This is a huge step, despite the circumstances.

The Belarusian authorities have in fact made concessions before, such as during dialogues of 2008-2010. At this time the regime returned certain independent newspapers to the public distribution system, such as Nasha Niva and Narodnaya Volya, and registered the Movement for Freedom, an opposition group led by Alexander Milinkevich.

But today's concessions are of a different nature. Two people with democratic views received official status and a salary of $800 a month and influence, which has not happened in Belarus for 12 years. This legitimises democratic politicians even for those who are not sympathetic to the Belarusian opposition.

The need for a positive trajectory

Pro-regime experts often argue that Belarus is not yet ready for democracy, but the authorities are wisely taking baby steps in this direction. This is not the case. In fact, Lukashenka's regime would like to avoid democracy, as it would threaten many figures of authority or wealth: certain Belarusian officials have made their fortunes thanks to the authoritarian nature of Belarus. One example is Mikhail Miasnikovich, the head of the Upper Chamber of the Belarusian Parliament, whose watch reportedly cost $30,000.

Nevertheless, as the parliamentary elections show, the Belarusian government is capable of some concessions. Changes have become possible largely due to the desire of Belarus and the West to continue normalising relations. As Lukashenka told Scott Rauland, then charge d'affaires a.i. of the U.S. on July 6, Belarus will not have a full-fledged foreign policy without first normalising its relations with Washington. Today, Belarus needs the EU and the US for a variety of reasons – from economic support to a desire to distance itself from Russia.

However, the Belarusian regime remains reluctant to cede power by holding free elections and the West needs to understand this. If the EU and the US require only free elections, it will not encourage the regime to make any concessions. On the other hand, it is vital that the West not give up its ideals, otherwise Lukashenka will lack incentive to reform.

Both sides now need a positive trajectory, in which Western requirements do not exceed Lukashenka's ability to change. It is no surprise that the regime will require carrots, and the West should continue to provide them conditionally. For example, now that the Belarusian parliament has two oppositions members, the level of cooperation with the Belarusian parliament ought to be increased. 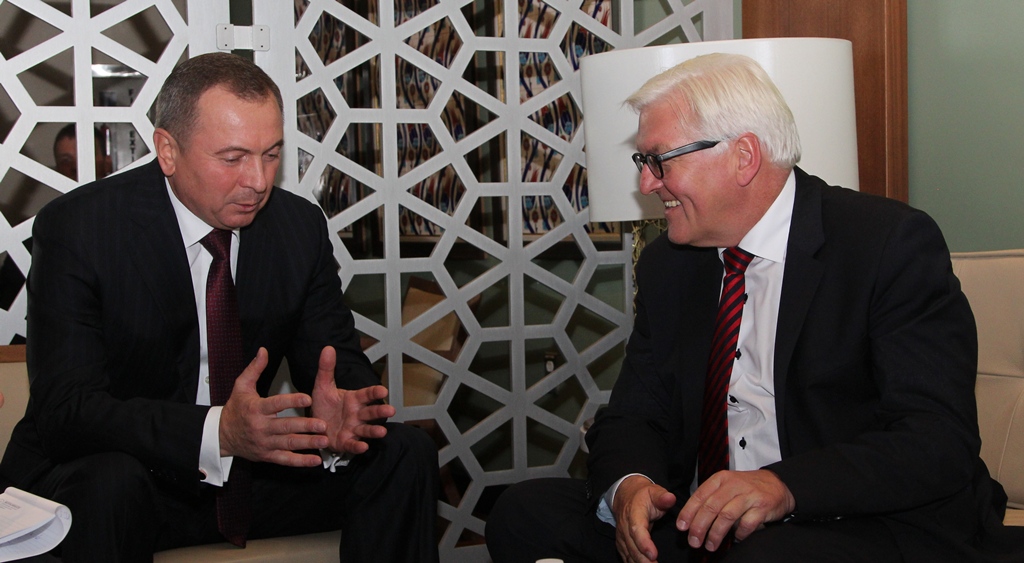 What should be done

The story of Anna Kanapatskaja and Alena Anisim shows what the West should focus on: gradual institutionalisation of democratic groups and civil society in Belarus.

The European Union and the Unites States may require Belarus to clear the Augean stables. Some people, like Eduard Palchys, still remain in prison, while accusations against him appear at least partly politically-motivated. Belarus also retains article 193.1 in criminal law, under which a member of an unregistered organisation can receive two years in prison.

The West must take a stand in these matters, but this should not be the focus of its energy, as these issues do not have long-term value. Lukashenka's regime can repeal the law, but nevertheless send people to prison under a different article in the event of a change in the political climate. For example, Ales Bialiatski, leader of the unregistered human rights organisation "Viasna", was sentence for allegedly avoiding taxes in 2011.

More important is to contribute to longer-term changes – to increase Western presence and to help civil society and democratic groups to do the same.

For example, the Belarusian authorities could allow Western political and civil foundations to open their representative offices in Belarus. Their activities may be monitored, but the presence of organisations such as the American National Democratic Institute or the Swedish Forum Syd will be more effective if they are conducted in Belarus. The funds will be able to reach a greater range of Belarusians and support more grassroots initiatives; they remain invisible while working from Vilnius and Warsaw.

Moreover, a physical presence in Minsk will bring the West and democracy greater legitimacy in the Belarusian public space. Belarusian officials, experts or politicians can build long term relationships with the West and stop seeing the European Union or the United States as enemies.

Thus, the West may require more opportunities for democratic groups from the authorities in the local elections in 2018. Representatives of the opposition do not yet have access to all local councils. Moreover, the value of such councils in the Belarusian system seems marginal. Therefore, the election of several dozen opposition politicians will not threaten Lukashenka’s regime, although it will strengthen the germs of Belarusian democracy.

Vitali Silitski, the most well-known Belarusian political analyst, who died in 2011, often emphasised that change needs to come from inside the country, not outside. It seems that today a window of opportunity for active change has appeared.