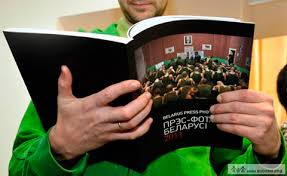 EU sanctions divided civil society. The European Union's policy of sanctions against the Belarusian government does not bring freedom to the political prisoners, Aliaksandr Milinkevich, chairman of the Movement for Freedom, said during a conference that was held in the European Parliament on 9 April to assess the efficiency of the EU's program called the European Dialogue on Modernization with Belarus.

This statement caused the stormy reaction of other part of opposition – Iryna Khalip believes that "by the efforts of Milinkevich… Lukashenka may soon again become a persona grata in Europe, and then everyone will forget about the political prisoners with a great relief".

BAJ calls on the KGB to withdraw their legal claim against BPP-2011. On 10 April, the Board of BAJ adopted the text of an appeal to the head of the Hrodna region KGB, who initiated the court hearing on recognising the Belarus Press Photo 2011 albums extremist. Journalists and authors express their protest against the accusations of extremism that were put forward to the photo album and ask the KGB to withdraw the case from court.

On 9 April, PEN-center issued a public statement in support of independent photographers. On 10 April, the newspaper the newspaper Nasha Niva removed all photographs from its front page to express protest against the attempts of the KGB to declare extremist the albums BPP-2011.

Young Democrats refused registration finally. On 10 April, the Supreme Court of Belarus decided to turn down the appeal of the Young Christian Democrats against the registration denial, issued to the organisation by the Ministry of Justice. The organization states that they will continue their work irrespective of the absence of the legal status.

Screening of a film Torture in Belarus. Apocalypse. On 15 April, in Vilnius, Lithuanian film festival Inconvenient films together with Belarusian Human Rights House invite to the première viewing of the film about torture and ill-treatment of people by the officers of security forces in Belarus. The screening is followed by discussion with the director and the heroes of the film.

Fair of project in Vitebsk. On 9 April, in Vitebsk, the cultural campaign “Budzma” conducted Fair of Projects, which took place earlier in Gomel and Mogilev. Vitebsk proactive people presented 11 projects of cultural topic: the contest of modern Belarusian writers, publishing popular historical postcards, information guide over Vitebsk, etc. It is planned that on the results of the fairs in different cities a bank of ideas will be established where anyone can join an existing project or to offer own idea.

Logo for the European Intercultural Festival 2013. The Brussels-based Office for Democratic Belarus invites to take part in the competition on designing a logo of the European Intercultural Festival 2013. The logo should reflect the unity of Europe, which is based on shared values, membership of Belarus and other Eastern Partnership countries to the "European House". The festival events are to be held in Minsk and some regional centres on 20-26 May.

Social responsibility in business and at dance party. Public association Rotary Club Minsk held the first charity dance party. Among the guests there were members of the Rotary Club: politicians, diplomats, artists, scientists, business people, representatives of the Ministry of Health and the Belarusian Children's Hospice. All proceeds went to the purchase of medical equipment for children with serious illness – myopathy.

Talaka launched. Belarusian activists have launched a crowd sourcing web site which is considered to be a link between ideas/projects and people who'd like to support them. Already five ideas are posted there: a tour over Minsk for blind people, restoration of the Roman Catholic chapel, etc. Specially designed software allows monitoring the progress in support of the projects.

School on international relations. School Estonian Centre of Eastern Partnership in cooperation with Estonian School of Diplomacy offers a limited amount of scholarships for participating in the training course “International Relations and European Integration”. The scholarships are financed by the Estonian and Finnish Ministries of Foreign Affairs, US State Department (Belarus) and SIDA. For the 2012/2013 scholarships are offered for the citizens of Belarus too.

BIPART public lecture. On 7 April, a public lecture Chaos, Order, and Social Development is to take place at the Minsk business centre Victoria. The lecturer is Georgy Satarov, a known Russian expert in the field of public administration, political science, sociology, advisor to the President of the Russian Federation in 1994-1997. The lecture is held under BIPART, a research project of the School of Young Managers of Public Administration (SYMPA).

Seminar on student self-governance. On 12-14 April, a seminar Student Self-Governance: Belarus – the EU is to take place in Vitebsk. At the event, participants will learn about the experience of student self-governance at Belarusian universities as well as the system of higher education in Lithuania and Norway. The Organiser – Brotherhood of Organizers of Student Self-governance (BOSS) – invites for participation members of the trade unions, student councils, and active students.

Association of European Business launched a series of workshops on investment strategy in Belarus. The first workshop, which was held on 27 March, demonstrated a high level of interest of the European businessmen. The next workshops are to be held on 10 and 27 April. Registration for the workshops for companies with a European capital or representing the interests of European business is for free. 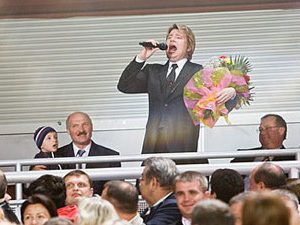 These days Liapis Trubetskoy is the most popular rock-group in Belarus. They first became famous in the Russian speaking world during 1990s performing pop music parodies. Their second wave of popularity came at the end of 2000s, when the band started performing Ska and Punk music.

In recent years the Siarhey Mikhalok, has repeatedly criticised the Belarusian political regime in public. For this reason it is impossible to hear Liapis Trubetskoy on the radio and the band is banned from organising concerts in Belarus.

The case of Liapis Trubetskoy is not unique. The Belarusian rock scene has a long tradition of protest rock criticising the political regime. From the end of the 90's to the beginning of the 2000's, the two most popular rock groups in Belarus were N.R.M. and Neuro Dubel. They regularly performed at opposition demonstrations and the lyrics of the songs frequently made reference to the political situation in Belarus.

At the turn of the century, protest was a common trend in Belarusian rock. Both N.R.M. and Neuro Dubel played successful shows in Belarus and were headline performers at Belarusian open air festivals. The most famous of these is the Basovišča festival which has taken place in Poland, near the Belarusian border, since 1990.

From 2000 on, it is a familiar recurrence that in Belarus the police would disrupt concerts featuring protest rock bands. But targeted repression of Belarusian rock only really started at the beginning of the following decade. In 2011 Belarusian independent media published a list of banned artists. According to journalists, officials were spreading the list to radio stations. FM radio stations had to remove them from playlists.

The black list started with Liapis Trubetskoy, N.R.M. and Neuro Dubel. Now in Belarus it is impossible to hear these bands on the radio or to see them on TV. Likewise live performances of protest bands are also banned.

During one such concert, the Belarusian pop-group Siabry presented the song Listen to the Father. In Russian speaking world Lukashenka has a nickname “Father” and the audience was identifying Lukashenka with the main character of the song. The concert was broadcast on Belarusian state TV to make sure the whole country could see the concert.

He is great and powerful!
He will not teach bad things.
Father can put everything in order
And he is way cooler than the others!

Just look around – and it's immediately obvious
Who's the boss of the house.
So listen to father!
In the morning, during the day and at night

During the 2010 presidential election campaign the song Sanya by the little-known pop group Rockerjocker gained huge popularity. The plot of the song boils down to the relatives and friends of Sanya (a common nickname for someone named Alexander) persuading him not to leave them and as a result Sanya agrees to stay.

The musicians from Rockerjocker assured journalists that politics was the last thing on their minds and the song was written to congratulate their friend on the occasion of his birthday party. Radio and official Belarusian TV regularly broadcasted the video and even made a video of the song.

A few days before the elections in response to Rockerjocker someone unknown uploaded to youtube a parody of Sanya, called Sanya will go to the Hague. The lyrics of the song hints at the future trial of Lukashenka at the International Criminal Court.

Sanya will go to the Hague.
Skiing withan  ice hockey stick
Everything will be OK.

In today’s Belarus, as in the last years of the USSR, music is strongly connected with politics. Some artists are against the political regime and for that reason they cannot perform in Belarus. They perform concerts in Vilnius, Kiev and Polish cities. Some travel agencies even organise tours for fans so they can watch concerts of blacklisted Belarusian bands abroad.

Other artists are part of the state system of entertainment and they regularly have to prove their loyalty to the ruling elite by putting on shows during election campaigns in support of Lukashenka.

The propaganda songs for and against Lukashenka have become a part of the cultural landscape of Belarus. The best examples of such art are eventually becoming a part of folklore. After the current political regime has collapsed these propaganda songs still will be on Youtube and they will be able to tell us and future generations a lot about the period – the “Lukashenka times”.