Foreign visitors of the 2019 Eurogames are to enjoy more beneficial visa-free regime. Legislation on business... 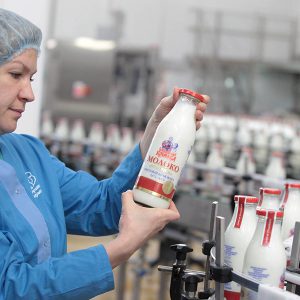 Covering protests: a new epoch for the Belarusian media 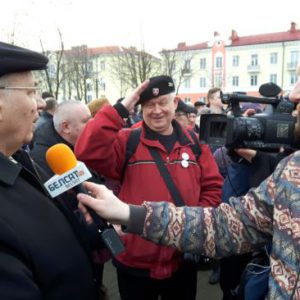 On 25 March, a record number of Internet users visited the website of the independent Belarusian newspaper Nasha Niva. 109,000 Internet users read articles describing the protests against the social parasite law. In Belarus, this is nothing to sneeze at.

The state media either ignored the March protests or covered them in a negative light. Thus, the independent media became the only source of information for the public about the countrywide demonstrations against the social parasite decree.

Despite 120 cases of detention or arrest of journalists between 10 and 30 March, the independent media managed to cover the protests with great degree of professionalism. Due to the arrest of oppositional leaders in smaller cities, reporters found themselves in the spotlight.

Unorganised protesters gathered around journalists to express their discontent with the government and hundreds thousand Belarusians followed online streams of people meeting to criticise the economic policy of the authorities on camera.

Due to the rapid developments in media technology, Lukashenka’s propaganda machine can no longer keep up with real journalists.

How free is the press in Belarus?

Unlike in many authoritarian states, in Belarus the public has free access to local and foreign news portals. Nevertheless, human rights organisations are highly critical of Belarus when it comes to freedom of press issues.

The country traditionally occupies the lowest rungs of media freedom indices. In 2016, the World Press Freedom Index, published by Reporters without Borders, assigned Belarus 157th place out of 180 countries. According to Freedom House, Belarus occupies the 194th position. Only Crimea, Eritrea, Turkmenistan, Uzbekistan, and North Korea earned a worse ranking. 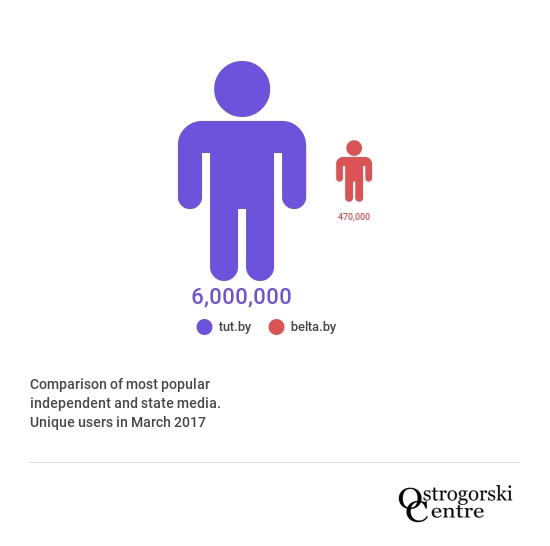 Indeed, the state controls all TV and Radio stations in the country and has a monopoly on print media distribution. Nevertheless, independent media has found much more success on the Internet. The most popular private news portal, TUT.by, is accessed by 46.42 % of Internet users in the country. According Google Analytics, in March 2017 the TUT.by news service attracted almost 6 million unique users.

According to a Belarusian rating of web-pages, Akavita.by, the most popular state news portal in the country was the official news-agency Belta.by. Approximately 470,000 users visit the page each month.

Media experts within the country agree that the media situation is not as drastic as international ratings claim. According to human rights organisations, no journalists are currently under arrest. The last killing of a journalist occurred 13 years ago in 2004. According to Belarus Association of Journalists chair Andrei Bastunets, the situation in Belarus is much better than in Azerbaijan or Syria, which rank above Belarus in many indices.

The highly restrictive nature of media legislation is the main reason for such low ratings. Several influential Belarusian media outlets, such as satellite TV channels Belsat and Euroradio, are based in Poland. To hinder their work, authorities introduced a law prohibiting journalists from working with foreign media companies without government accreditation.

This legislative norm is often used to target freelancers working for these stations or other 'foreign' media organisations forced to work without Belarusian accreditation. As a result, fines for freelance journalists have become a common practise. The law also allows the Ministry of Information to block websites containing articles harmful to the interests of the state. Websites can even be blocked because of unsavoury comments under articles.

Protests against the parasite law and the following crackdown on 25 March have politicised Belarusian society. Naturally, this provoked a huge amount of interest on behalf of the independent media. The last time non-state media enjoyed such wide popularity was during the Silent Protests of 2011. While state TV stations broadcast propagandist programmes comparing the demonstrations to Nazi riots, independent journalists streamed online coverage from the ground. 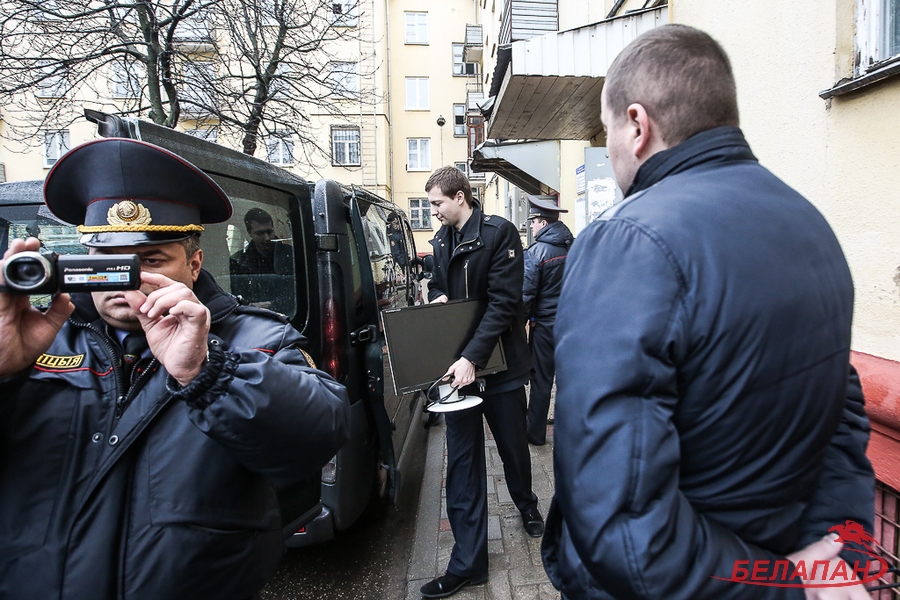 However, the scale of repression of journalists in 2017 was much larger than in 2011. Between 10 and 30 March, 120 journalists were detained, arrested, or fined. Nevertheless, after 25 March, some media analysts started to talk about a new era of journalism in Belarus. Indeed, the media was able to not only cover protests, but also mobilise protesters.

Due to the absence of oppositional leaders at the demonstrations in small cities such as Pinsk, Slonim, or Rahachou, people gathered around journalists and openly criticised the government on camera. Somewhere between 20,000 to 350,000 people followed Radio Liberty and Belsat TV live-streams of the protests all over the country. Some journalists even managed to broadcast their own arrests and continued live-streams from inside police stations.

Commenting on the work of the media on 25 March, editor-in-chief of Euroradio Viktar Malisheuski admitted that this was the first time that journalists managed to be so brazen. They worked in the same way that journalists in democratic countries do. Thus, media consumers received much higher-quality material than the authorities expected.

The professionalism of the independent media was especially notable when compared with the state media. On 25 March, Internet users actively discussed developments on the website of the largest state-controlled Belarusian newspaper, Belarus Today. On a day when at least 700 protesters were detained in the centre of Minsk, the headline of the publication read '25 March. Everything is calm in Minsk'. The reaction of the public led to the post being deleted on 27 March.

Experts agree that unlike state media, independent journalists showed a high level of professionalism. Nevertheless, it is questionable whether the free media really expanded its audience. After crackdowns on protests come to an end, interest towards politics usually declines.

Only a fraction of the public retains an interest in politics during lulls in repression, and this group remains the primary target audience of the non-state media. Just as in 2011, interest towards independent media is expected to fall for this reason.

Nevertheless, the work of journalists this time around is evidence that the techniques of protest coverage have forever changed. New technology allowed the public to watch the demonstrations and witness police brutality online in real time. This gives the journalistic community immense power. The arrests, fines, and police attacks on the offices of Belsat TV in Minsk which occurred on 31 March are proof that the authorities are well aware of this danger.

Vadzim Bylina
Vadzim Bylina is a researcher at the Institute of Political Studies 'Political Sphere' based in Minsk and Vilnius.
all articles »
belarusian association of journalists Belsat TV freedom of media freedom of press Journalism social parasites' protests state media in Belarus