European Cafe hosted a public lecture in Minsk. Budzma organised a Day of the Belarusian Language for young people. "For Freedom" invites for the school where the current situation in Belarus and the existing potential of the Belarusian civil society...

European Cafe hosted a public lecture in Minsk. Budzma organised a Day of the Belarusian Language for young people. “For Freedom” invites for the school where the current situation in Belarus and the existing potential of the Belarusian civil society will be discussed.

Ihar Pastnow, a paediatrician and psychiatrist in Vitsyebsk who openly criticized the head of the Regional Executive Committee, will have to attend a mental health hospital for compulsory psychiatric care. Two NGOs were denied registration.

European Café goes on its meetings. On 7 September  at the TUT.by gallery the project “European Café: open space in Europe” hosts a public lecture by Timm Beichelt “Germany and the EU: Face to Face with their Eastern Neighbours.” Timm Beichelt is a Professor of European Studies at the European University Viadrina Frankfurt. The meeting is a continuation of a series of meetings with prominent European figures, organised by the Centre for European Studies.

“Budzma z movay!” for young intellectuals. The campaign “Budzma!” conducted a Day of Belarusian language at a camp for young participants who were playing intellectual games. The program included several games in Belarusian including “Media Alphabet” and “What-Where-When?” as well as a literary-musical event and a Belarusian dance.

Presentation of 2012 Sustainability Index. On 29 August  a presentation of the results of 2012 Sustainability Index of civil society organisations (USAID methodology) took place in Minsk. The event was organised by the international NGO “ACT” with informational support from the Office of European Expertise and Communications. The invited experts discussed strategies to improve sustainability in the third sector, taking into account the results of the Index.

School “Belarus Today: Challenges and Prospects for Development”. The school was organised by the movement “For Freedom” and will take place on 15-20 October in one of the neighboring European countries. The purpose of the school is to provide fellows with a comprehensive vision of the current situation in Belarus and discuss the existing potential of Belarusian civil society. Participation in the school is available for Belarusians of 18-30 years old who are active in social and political issues.

Citizen journalist 2013: Let’s Make it Better! The contest “Citizen Journalist” continues and invites all to apply with articles, photos, videos, audio or blogs about local issues. Thus, the team supports the wave of local campaigns “Let’s Make it Better!” initiated by the Assembly of Democratic NGOs. All works will appear on the website narodny.by, the best will be offered to independent newspapers and TV media. The deadline for submissions is 10 September.

Embassy Funds for Belarus 2013. MATRA/HRF for Belarus launched a new call for proposals focused on the development of civil society in Belarus. The Embassy has two programme funds available for 2013: the Small Embassy Projects Programme (Matra Fund) and the Human Rights Fund. Date of closure for the round is 15 September  2013. The Embassy is empowered to extend grants in principle to a maximum of Euro 25,000.

First billboard with a picture of the HIV-positive citizen of Belarus opened in Minsk on 21 August. Eugeni Spevak, a member of the Belarusian community of people living with HIV and the face on the billboard, said that 20 similar billboards will be placed throughout the country. The event “Why am I living with HIV for a long time” was organized by the World Health Organisation, with the support of the Ministry of Health of Belarus, UNDP, etc.

Agro-Cultural-Festival in Minsk. Ecodom NGO and ecological entity “Agro-Eco-Culture” invite those interested to the Eco-Cultural Festival 2013, which is traditionally held at the Minsk Gallery “Ў” during the last days of summer. The Festival program includes presentations, master classes, tastings and concerts that can be attended by both adults and children.

SILC invites for training on ideology. Swedish International Liberal Centre (SILC) is inviting interested parties to participate in the training “Political party ideology”. Politically and socially active youth of 18-35 years old are welcome to submit applications till September 22. The main objective of the course is to improve the knowledge of young political activists to better understand political ideologies and explore their different aspects.

Birdrace 2013. APB BirdLife Belarus NGO is welcoming participants to take part in the X Open Championship of Ornithology Racing. Competitions will be held on the first Saturday of autumn (on September 7) from 6 am to 6 pm. According to regulations, the winner is the team that during the day of the tournament registers the largest number of species of wild birds naturally occurring in the territory of Belarus.

“Green Map” in Mahiliou. The Internet project serves as a guide between authorities responsible for waste collection and disposal and those who want to properly get rid of their waste. At the moment, Mahiliou Green Map contains 68 points where one can drop secondary material resources, waste, as well as to give away unnecessary items. The project’s initiator is the Centre for Environmental Solutions.

Monitoring of public councils. The Ministry of Economy of Belarus has monitored the activities of public advisory councils and working groups in the state bodies. Monitoring data indicate that 29 advisory councils and working groups which include representatives of the business community continue to act. The Ministry concluded that the councils are a real platform for dialogue between the government and business.

Two NGOs registration were turned down. On 21 August the Supreme Court of Belarus upheld the denial of registration for the United Civic Party’s youth wing “Young Democrats“. A Department of Justice of Brest Regional Executive Committee refused to register the NGO “Brest Christian Democrats.”

Program director of Radio “Racyja” banned entrance to Belarus. The Program Director of the Belarusian Radio “Racyja” Yury Leszczynski, planning his holiday, wanted to come to Belarus. Having visited the Consulate of Belarus in Bialystok, he received a visa denial a week after applying for a tourist visa. 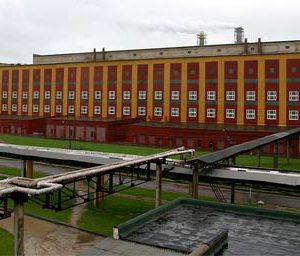 The Western Press has been making light of the recent split between potash producers Belaruskali and Russian Uralkali, signalling a turn for the worst in Belarusian-Russian economic relations. In a unique project, Belarusian volunteers have set out to digitally map the country with the help of Nokia.

The UN Special Rapporteur on Human Rights in Belarus has called for the immediate release of opposition activist and political prisoner Ales Byalyatski, while Belarusian ruler Aleksandr Lukashenka fishing tales have captured the interest of the west. All this and more in this edition of the Western Press Digest.

Belarus – No Longer a Blank Spot on Europe’s Map.  The New York Times covered a story discussing the how over 600 volunteers, including geography students and professors have recently undertaken a project sponsored by Nokia to create a reliable and detailed user-friendly map of Belarus. The initiative is the result of map enthusiasts collectively approaching Nokia to start such a project in Belarus, which has not seriously participated in any digital mapping projects before. Belarus remains largely unmapped due to the long and difficult process of getting a license to carry out any mapping within its borders.

Belarusians Fined and Detained for Insulting Police on Internet and a Video – According to web-based project Index on Censorship, in two separate instances Belarusian courts prosecuted two citizens, one for insulting police officers and the other for the content of their video. In the first instance, a young playwright made a comment on a popular Belarusian website (www.tut.by) in which he criticised the police for being unhelpful after he called them after becoming the alleged victim of assault. Officials accused the convicted of insulting the police officers. In the second instance, a former employee of MAZ, one of the largest automobile plants in Belarus, posted videos online that depicted the day-to-day lives of those who work in and around the factory. The court sentenced former MAZ employee to seven days of administrative arrest for using obscene words in the videos.

Troubled Belarus-Russian Joint Potash Corporation Could Lead to Economic Woes – The Financial Times has reported on potash sales, one of the major sources of revenue for the Belarusian state, and stated that it may see a significant downturn after a rift between the Russian and Belarusian sides has emerged. Uralkali, the major producer of potash in Russia, has withdrawn itself from the joint corporation after it accused its Belarusian partner of working outside of the terms of their agreement through unauthorised potash sales abroad. The demise of the cartel of the two major producers of potash, a crucial agricultural fertiliser, has driven down prices and will likely have dire effects on the Belarusian economy as it has very limited exporting capacity to reach world markets in contrast to its Russian counterpart.

Belarusian President A Better Angler than Russia’s Putin – After receiving a large amount of attention in the Belarusian press, a statement by Belarusian President Aleksandr Lukashenka has gotten the attention of the western press. The Wall Street Journal reports that Lukashenka made a comment that he himself had caught three fish, weighing in at 57, 24 and 7 kg respectively, out fishing his Russian counterpart who managed to only capture a 21 kg fish in a recent trip to Siberia. Whereas the publicity stunt of was captured in pictures, the absence of any evidence in Lukashenka’s fishing tale was duly noted.

Belarus Should Release Political Prisoner Ales Byalyatski – In a statement issued by Miklos Haraszti, the UN Special Rapporteur on the Human Rights in Belarus, the expert called for the immediate release of opposition activist Ales Byalyatski. Byalyatski has languished in Belarusian prisoner for nearly two years of a four and a half year sentence  as a result of his conviction for tax-evasion. Radio Free Europe/Radio Liberty reports that Haraszti stressed that the allegations against Bylatyatski are the result of the untenable conditions in which he had to operate in Belarus, since he is not allowed to legally register his organisation due to the authorities refusals. Authorities recently detained two activities of the NGO Viasnya, which Byalyatski founded, for distributing cards with his picture on it.

Belarusian Citizen Held Captive in Syria – A recent video has emerged of two women, one claiming to be from Belarus, who are being held by Syrian rebels. Radio Free Europe/Radio Liberty states that in the video, the women claim to be agents of the pro-Assad Palestinian political organisation Hezbollah, who were collecting intelligence and using journalist credentials as cover. In the video, the women identify themselves and one reads a statement that declares their alleged intentions.

Opposition figure disappears for 15 minutes, violates parole – According to Radio Free Europe/Radio Liberty, a Belarusian opposition activist is going back to jail for three months after his parole officers were unable to locate him for 15 minutes.  Uladzimer Yaromenak was pardoned by Lukashenka after being sentenced to a six year jail term for taking part in the December 2010 protests. The article news service that this is not the first time that Yaromenak has violated the terms of his parole and he intends to appeal the decision.

Lithuania concerned about Belarus’ nuclear power plant construction – Bloomberg Businessweek is reporting on a statement issued by the Prime Minister of Lithuania, Belarus’ neighbour has been pressing it to respond to its queries about the power plant’s construction. The UN cited Belarus for violating the terms of the Espoo Convention and not taking the necessary steps to ensure its compliance with international standards. In response, official Minsk has stated that it replied to the same query a year ago, but its Lithuanian partners have yet to open a dialogue. It also notes that Poland, Latvia and Ukraine have not lodged a similar complaint, though they are also signatories to the Espoo Convention.