Fighting Corruption in Belarus: Barking up the Wrong Tree?

20 years ago, Alexander Lukashenka won the presidential elections in Belarus thanks to his anti-corruption slogans. Today he returns the issue into an item of public discourse - last month Lukashenka proclaimed that Ukraine had a revolution because of corruption. 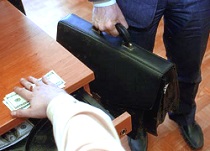 20 years ago, Alexander Lukashenka won the presidential elections in Belarus thanks to his anti-corruption slogans. Today he returns the issue into an item of public discourse – last month Lukashenka proclaimed that Ukraine had a revolution because of corruption.

Over the last months the Belarusian authorities committed a dozen of high-profile arrests including the Deputy Minister of Forestry. Although the situation in Belarus looks better than it does in Russia or Ukraine, Belarus still remains a fairly corrupt country.

Despite several highly publicised anti-corruption cases, the highly centralised and non-transparent political system of Belarus itself encourages corruption. The authorities have also removed any opposition-minded or even independent discourse from television and radio. Media in Belarus fails to play the role of society's watchdog.

On 31 March, Alexander Lukashenka announced that preparatory work was underway on a report on corruption. The Presidential Administration stated that it will publish it the near future. This document will become another step that indicates the authorities' true will to fight against venal practices.

During 2013, the authorities recorded to 29.3% more cases of such crimes than in 2012. The law enforcement authorities launch criminal proceedings against an increasingly significant number of state enterprises heads. On  April 14, a Minsk court hosted the first session of a case against the deputy head of Belnaftakhim, a state-owned energy company.

Corruption remains an integral part of the Belarusian system.  Although no sectoral studies exist, the construction industry appear to be the most vulnerable to acts of corruption. Moreover, corruption takes place even in projects supervised by Lukashenka personally. Last year, the authorities arrested an official responsible for the construction of the "Chyzhouka Arena", the second arena that was constructed for the World Ice Hockey Championship.

The new wave of anti-corruption cases came in response to the deteriorating economic situation in the country. Today's government cannot fulfil its promises it made during the previous presidential elections, much less before the next, so Lukashenka`s regime has decided to find a whipping boy.

On 14 April, Minister of Interior Affairs informed the public that Fiodar Lisica, former Deputy Minister of Forestry, was accused of the illegal acquisition of land, construction and the privatisation of a residential house and the misuse of budgetary funds. It seems likely that he will spend somewhere from three to ten years in prison. Such cases can help authorities gain some support leading up to the next presidential elections in 2015.

Better than Russia and Ukraine, Worse than Poland and Lithuania

Corruption permeates Belarusian society, although few Belarusians think so. People often give officials or doctors gifts to make them do their job better and with more of a sense of purpose. These gifts are usually in the form of alcohol or chocolate. For Belarusians this is called gratitude, not a bribe.

According to the 2013 Corruption Perceptions Index, Belarus was sitting at 123th place alongside such countries as Dominican Republic, Guatemala and Togo. At the same time, Belarus appears to be better off than some of its neighbours.

The index is primarily based on a survey of people who are doing business in Belarus. It seems, if such surveys were conduct among ordinary Belarusians, Belarus would fair far better.

In ordinary life, the level of corruption in Belarus remains considerably lower than in Ukraine or Russia. For example, the Belarusian police rarely ask for bribes while their Ukrainian colleagues often have even premeditated plans on how much money they should collect in bribes.

Belarus Digest author Andrei Parotnikau explains that in Ukraine, "the policeman must collect a certain amount per week and pass some amount on to the head of the police department and also pass some money on to his boss." Such things are almost unfathomable in Belarus. European Radio for Belarus has put out figures that stated in Russia there are about 42 instances of corruption per 100,000 people, while in Belarus only 24.

The Belarusian head of state has built a more reasonable political system than its counterparts in Russia and Ukraine. None of the Lukashenka`s sons are engaged in private business, as was the case with Yanukovych. Also the head of Belarus has no friends among oligarchs, while Putin made his friend Arkady Rothenberg a billionaire. Alexander Lukashenka considers the general mood of the society and, at least in public, tries to appear accountable to it.

Why Belarus Remains a Corrupt Country

The Belarusian authorities' battle with corruption is not as aggressive as they let on. Even Lukashenka`s anti-corruption report in 1994 did not cause significant damage to the system of corruption, and was little more than an opportunity for one member of parliament to become famous all over the country. Nobody found himself behind bars because of the report. That is why some speculate that the Belarusian leader holds on to folders with compromising files in order to blackmail corrupt officials, rather than for criminal prosecution.

This may indeed be true after further examination of the evidence, as many anti-corruption arrests appeared to be pure nonsense. Although journalists are made aware of arrests, police spokesmen regularly decline to comment on the situation or provide any details. According to many media reports, last year the police detained Uladzimir Kanapliou, a former close associate of Lukashenka, but soon after released him.

However, he and the police deny the fact of his detention. It seems that ​detention can be used to put pressure on people. Major incidences of corruption remain hidden from the public eye, as the authorities rarely provide any details in such cases.

Lukashenka`s regime hampers independent media and severely limits their ability to play role of society's watchdog. According to the 2014 Press Freedom Index, Belarus was ranked 157th out of 180 countries. It seems that no media in the country have the courage to investigate any corruption cases.

An economic model with the dominance of the public sector also encourages corruption. Many Belarusian companies are basically monopolies, which allows their higher ups to demand bribes or conduct fraud in exchange for their goods or services.

On 14 April, the Belarusian television reported on the arrests of the managers of the Slutsk Meat Plant. Company leaders sold some clients meat at low prices, were paying contractors at high prices and were on the receiving end of some money from those same contractors. Losses to the enterprise in 2013 and the first two months of 2014 were estimated to be $17m. However, company's management did not pay much attention to the losses, as enterprise remains state-controlled.

These reasons show why the next anti-corruption campaign may not succeed. The Belarusian state needs real change, not just a report, to decrease the level of corruption. 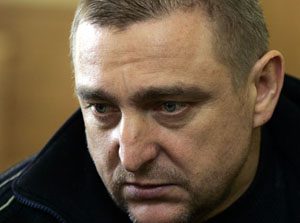 The Cost of State (in Belarusian Kosht Urada) project aims to exert civic control over public procurement. The project has noted number of irregularities in public spending.

Can bi-lingualism become a cultural development strategy for Belarus? – a topic of a discussion organised in Minsk by the Flying University and the International Consortium EuroBelarus.

Political prisoner Mikalai Autukhovich is released by the authorities after spending 62 months in prison.

Vladimir Kovalkin notes that according to information published on the web site of public procurement, the competition in the supply of equipment involved only two companies, one of which is a subsidiary in relation to the other. Furthermore, in Poland a similar piece of equipment can be bought for $100.

10 non-profit organisations will go through a "civil audit". A joint project of the Assembly of NGOs and the Legal Transformation Centre Civil Audit selected 10 CSOs for a civil audit. These CSOs work in a variety of different fields including the environment, education, human rights, charity, regional initiatives support and entrepreneurial rights protection. Through this program, select Belarusian NGOs will receive a comprehensive assessment of their compliance with accepted legal standards and requirements.

Civil magistrate in Shklou. A constituent assembly of the public initiative Gramadskі magіstrat (Civil Magistrate) was held on 10 April in Shklou, Mogilev oblast. The event was dedicated to the day when Shklou city received expanded powers under the Magdeburg Law in 1762. The first meeting was attended by about 15 people. During the assembly they elected a mayor (Chairman) of the new CSO Ryhor Kastusieu, deputy chairman of the Belarusian Popular Front. The CSO aims to inform local authorities about the possibilities for economic development in the Shklouski district.

Bilingualism as a cultural strategy discussion. On 9 April in the Minsk Gallery Ў, the Flying University and the International Consortium EuroBelarus hosted a discussion Bilingualism as a cultural development strategy. The discussion was inspired by philosopher Ihar Babkou, who believes that Belarusian society is not exactly divisible along Belarusian-speaking and Russian-speaking lines, but consists of a large number of bilinguals with different ways to use the two languages. The discussion was attended by philosopher Valiancin Akudovich, cultural expert Julija Charniauskaja and methodologist Uladzimir Mackievich.

‘Ukraine: lessons for Belarus discussion. On 31 March a debate entitled Ukraine: lessons for Belarus took place in Warsaw, organised by the Solidarity with Belarus Information Office, Solidarity Fund PL, and the Polish Institute of International Affairs. Experts from Belarus, Poland and Ukraine discussed the extent to which events in Ukraine can influence Belarus’ policy and her relations with Russia and the European Union. Go here to see the reflections of the event's guests.

Belarus in Focus 2013 winners awarded in Warsaw. This year award winners came from Belarus, Lithuania, Poland and Spain. The award ceremony brought a two day workshop to a close, in which 14 journalists worked together on concepts for joint articles, ranging from energy policy, to underground music and cross-border shopping. Belarus in Focus 2013 is run by Solidarity with Belarus Information Office, and supported by the Nordic Council of Ministers and NIRAS.

Civil Rights Defenders declare Ales Bialiacki Defender of the Year 2014. Ales Bialiacki, founder of the Belarusian human rights Centre Viasna, is the recipient of the 2014 Civil Rights Defender of the Year Award. The award is given out on 4 April which is the anniversary of the assassination of Dr. Martin Luther King. Ales’ wife Natalia Pinchuk and colleague Tatsiana Reviaka are in Stockholm to receive the award on his behalf.

Political prisoner Mikalai Autukhovich is released. The Vaukavysk entrepreneur spent 62 months in prison. In 2009 the Supreme Court found him guilty of allegedly storing five loaded gun magazine jackets. He was offered the chance to plea out twice but refused.

Fines for online photos of solidarity with Ukraine. On the 3 April, three regional activists were charged 25 roubles, a basic fine (approx. 250 euros), for taking photos with Ukrainian and Belarusian national symbols at historic sites in Hrodna and for posting them on the Internet.

Student gets expelled for civil society activism. The Institute of Journalism of the Belarusian State University expelled a student and member of the movement For Freedom Mikita Siemianenka. As stated by the Institute's leadership, he was expelled for his poor marks, as Mikita did not receive a needed credit in one subject. The activist insists that the real reason is his active civil position. Stanislau Bula, a local activist of the Youth Front also connected his expulsion from Gomel State University for political reasons.