Virtual Reality for the Dear Leader

On Monday 17 December, Alexander Lukashenka unexpectedly visited Kamvol, a textile factory in Minsk which is struggling with a deep crisis. 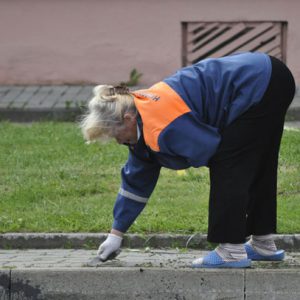 preparing for the visit of the leader

On Monday 17 December, Alexander Lukashenka unexpectedly visited Kamvol, a textile factory in Minsk which is struggling with a deep crisis.

As a populist leader, Lukashenka tends to make public appearances to demonstrate his care for the common people of Belarus. One of his favourite activities involves travelling around Belarus and personally inspecting every factory, village, farm or construction site.

During these inspections, he usually publicly tells off local officials for managing public assets improperly and not thinking about the people. Therefore, every visit of the president becomes a nightmare for the local bureaucracy.

Trying to please the dictator, they rely on window-dressing and often do ridiculous things. They and the local population also have to deal with draconian security precautions.

Putting on a Show as a Form of Public Management

Window-dressing before presidential visits has become notorious in Belarus, as practically every Belarusian has faced some kind of “preparation for the visit of the leader”. Such endeavours by the local authorities aim to hide the deficiencies of their work, but actually look very awkward. It’s worth mentioning some of the most famous and funny cases.

Buildings and fences. Due to a lack of time and resources, officials cannot complete a full renovation of buildings. Therefore, they often paint only those façades that are visible from the road. The other sides of the building remain unpainted. Fences are another part of the story. For some reason, officials think fences should be everywhere, so they paint old ones or build new ones..

Roads and surroundings. Roads are usually of special concern for local officials, therefore workers often have to wash them with shampoo before the president’s visit. Defective roads with pits need to be closed up, so the workers put asphalt in the pits in any weather, rain or snow.

Plenty of photos have appeared on the web showing workers pouring asphalt into puddles, which is nonsense technology-wise. Grass needs due attention too, so they try to mow it when half of the grass is already hiding under the snow.

Animal killings. Bureaucrats consider the presence of some animals around Lukashenka particularly undesirable. So they simply order that they be shot. Shooting of dogs in towns has become a common practice.

This happened, for instance, in Mazyr in November 2010. People form Sviataja Volia village, Ivacevichy region, reported another case in 2011 when, before Lukashenka's visit to a maize enterprise, local authorities shot the pigeons there. The poor birds had bred extensively near food sources, but how they could threaten Lukashenka remains a mystery.

Perhaps the funniest case was one in Yazery village, Cherykau region, in 2010. Local farm managers demonstrated a genuine eye for beauty: they ordered the painting of  cows’ hoofs in black and washed the animals with shampoo to make the president happy.

President’s Security Above All Else

Another important aspect of the president’s trips concerns his personal security. Lukashenka is famous for his vast security staff and measures which they take during his public appearances.

Security personnel usually examine the whole route, including the ditches by the road, nearby woods and buildings: an assassin could be around somewhere! This doesn’t happen, though, if Lukashenka travels by helicopter, which he often does.

On central streets, where Lukashenka can potentially walk or ride a car, people cannot stay by the window. Security services usually go through the buildings and warn the inhabitants to draw the curtains and not to appear in front of their windows on the day of the visit.

Moreover, they examine all attics and basements and lock them “for the purposes of security”. Hunters also have their reasons for not loving Lukashenka's visits: police take away all registered guns until the esteemed guest has departed.

A famous case involving a museum of wooden sculptures took place in Cierablichy village, Stolin region, in 2009. Lukashenka was going to visit a village to open a new school and expressed a wish to visit the museum too. The night before the visit KGB officers came to a museum worker’s house and ordered that she go to her workplace. They checked every wooden figure, apparently searching for some explosive or other threats to the president’s wellbeing, and then sealed the building.

Furthermore, Lukashenka was going to officially open the school in Cierablichy, but local people could not visit the event. Instead, several buses with strangers arrived to create a crowd.

Lukashenka calls himself a simple guy, like all other common people, but it is impossible to approach him during his trips. The candidates to approach Lukashenka are carefully selected, to make sure they do not express their dissatisfaction with Belarusian politics or, God forbid, the president himself. Instead, people need to be thankful and rejoice the peace and stability brought to Belarus by Lukashenka.

A Virtual Reality for Lukashenka, but not for the People

No wonder Lukashenka often gives the impression of having lost his sense of reality. His entourage surrounds him with an imitated world, which seems not so bad at first glance. Such situations not only disorient Lukashenka himself and increase the probability of false decision-making, but also show people the true nature of the authoritarian regime.

For common people, a bunch of questions arise after such visits. Why is the national leader and “the father of Belarusians” impossible to reach? Why does he have such huge security if everyone loves him for his great achievements? Why do local authorities try to do something only prior to his visits and in such awkward way?

Even a person who does not perceive reality critically realises that something must be wrong here. Local authorities do not think about dealing with real problems. Instead, they think about saving their skins and pleasing the dear leader.

People lose trust in the local authorities as well as in the country's ruler, whom they can not even catch a live glimpse of. But, after all, who cares about what the people of Belarus think? 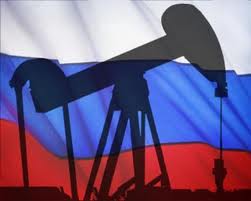 On December 19 summits of the CSTO, the Eurasian Economic Community and the Customs Union will take place in Moscow. The agreement on oil supplies in 2013 is expected to be concluded during negotiations in Moscow between Lukashenko and Putin at the end of December 2012.

During last months of this year tension grows in relations between Lukashenka's regime and Russia. Lukashenka's team indicates to Moscow that it would not make concessions on issues of 'genuine integration', as it is seen by the Russian side.

With the exception of the forced sale of Beltransgaz, major Belarusian enterprises will not be sold to Russian companies. The authorities refuse to abide by the terms of extension of the loan of the Anti-Crisis Fund of the Eurasian Economic Community.

Moscow's dissatisfaction and irritation was also manifested in the statements that supply of crude oil to Belarus would be limited by 18,000,000 tons which is by 5,000,000 less than requested by Lukashenka. Limiting supply would have considerable negative consequences for Belarusian economy which became dependent on workload of oil refineries.

On October 29 the Vice-Premier of Russia Adkadij Dvorkovich announced that the issue of the volume of oil export to Belarus in 2012 – 2013 will be discussed depending on the solution of the problem of solvents export to Belarus. In October, according to Russian statistics, 1 million 347 thousand tons of oil were delivered to Belarus, or 22% less than in September.

At the beginning of the negotiations (which took place in Moscow from October 31 to November 1 the Russian delegation headed by Arkady Dvorkovich announced about Russia’s decision to supply 4 million tons of oil to Belarus in the last quarter of 2012, whereas the Belarusian side insisted on 5.3 million tons of oil.

As a result of the negotiations, the Belarusian and the Russian side claimed that an agreement on oil supplies for the last quarter of 2012 had been reached. However, the announced volumes of supplies were different.

The participant of the negotiations, Deputy Minister of Energetics of Russia Pavel Fedorov said Russia would export to Belarus 4.8 million tons of oil in the last quarter of 2012, in its turn, Belarus would export to Russia 200 thousand tons of petrol.

Fedorov remarked: “Such increase in oil supplies shows our readiness to find solutions, with due consideration of long-term strategic relations with the Belarusian side.” The same figures were announced by the Russian Ambassador to Belarus Alexander Surikov.

One can make a conclusion that the disagreement about the volume of oil supplies for the last quarter of 2012 has remained.  Besides, disagreements on some other important issues have not been removed. There is no detailed information yet about the current suggestions from the Russian side.

The issue of compensating losses to the Russian budget from the “solvents business” has not been settled.

What Belarus Hopes For

On 16 November the First Vice-Premier of Belarus Uladzimir Siamashka commented on the statements of the Russian high officials, claiming that Belarus had to fulfill the obligation to supply oil products to the Russian market. As he said, in 2012 supplies to Russia were not always profitable for Belarusian oil-refining factories.

During the negotiations Semashka strongly denied that Belarus had violated any conditions of cooperation with Russia.

The authorities take tough stance in their talks with Russia taking into account not only the context of bilateral relations. Lukashenka's team believes that Russia will make concessions and it cannot afford long term worsening of relations with its only ally.

Already now, on the eve of the last round of talks on crude oil supply, Lukashenka's team indicates to Russia how the Belarusian side will act if crude oil supply is limited. Crude oil supply from Azerbaijan will be resumed. Belarus will restrict military cooperation with Russia. It will create tension in relations within the CSTO. If Russia does not agree on Lukashenka's terms, the authorities will use other opportunities for pressure as well.

On 26 November Lukashenko repeated the main points of the Belarusian position, announced previously in the talks with the First Vice-Premier. In particular, he remarked that Belarus had not violated the terms of oil supplies in 2012. Lukashenka announced: “I think we will arrive at an agreement, there is enough oil in Russia.”