Following civil society protests, Minsk authorities will not build a multipurpose centre "Park Avenue" on the banks of Minsk river Svisloch. Representatives of Belarusian ministries participate in a civil...

Following civil society protests, Minsk authorities will not build a multipurpose centre "Park Avenue" on the banks of Minsk river Svisloch. Representatives of Belarusian ministries participate in a civil society round table on drug-related issues.

Two journalists arrested in Minsk are causing a protest from the Belarusian Association of Journalists.

Discussion: Prospects for reforming media sphere. On the occasion of the World Press Freedom Day, BAJ held a discussion with leading media professionals on the topic of challenges and opportunities of developments of the current media market. Around twenty media experts, editors and journalists took part in the event; unfortunately, all officials, representatives of state-run mass media and the Belarusian Union of Journalists ignored the invitation to the discussion.

Political Sphere conference. On 3-4 May, the Lithuanian embassy in Minsk hosted the 2nd ​​International Conference "Recovery of History: Memory and Society in Central-Eastern Europe." The conference was organised by the independent Institute Political Sphere and attended by 30 scientists from Belarus, Lithuania, Poland and Ukraine, as well as other guests. One of the panel discussions was devoted to dispute of the Belarusian and Lithuanian vision of shared history.

Online quiz. On 17 May, Centre for Environmental Solutions will hold a virtual "climate" quiz. A team can consist of any number of people. For answering the questions, one can use any sources of information. The main condition is to answer as many questions during 2 hours, that is, the time of the online game.

Belarus Press-Photo-2013 sums up the competition results. The international jury of the news photo contest has announced the names of the contest finalists.  The best works will be demonstrated at an upcoming exhibition.  The organisers are planning to hold the award ceremony on 10 May.

School of Leaders: Acting with unlimited opportunities. The Disrights office, and the Polish School of Leaders have organised a joined project “Acting with unlimited opportunities”. Currently, the organisers are selecting 15 participants from various regions of Belarus to participate in the program. The goal of the School is to develop leadership skills of the representatives of specialised Belarusian NGO’s in order to promote the rights of people with disabilities, as well as enhance the participation of such people in the lives of their local communities.

The school of ecological activists is announcing an open call for new applicants for 2013. The SEA is an annual event organised by the Green Network society with the goal of increasing the level of eco-education and give an opportunity to all those who wish to learn more about the green movement.

Interaction between the State and Civil Society

Controversial project "Park Avenue" abandoned. Construction of a multipurpose centre "Park Avenue" on the banks of Minsk river Svisloch will not be constructed, informed the Minsk Committee for Architecture and Urban Planning. Local residents and civil initiative European Perspective, which led a campaign to protect this area from January 2013, welcomed the decision of the authorities.

State and civil society discuss drug-related issues. Representatives of the Ministry of Health, Ministry of Interior, General Prosecutor's Office and civil society organisations recently met at a round table to discuss the benefits and risks of the use of methadone substitution therapy for the treatment of drug addicts. Director of the anti-drug project "Antimak", Alexander Shpakovsky had the opportunity to present his point of and emphasises that methadone programmes are "absolutely wrong road rehabilitation of drug addicts."

Journalists Halko and Yarashevich sentenced to arrest. On 7 May, a journalist Aliaksandr Yarashevich and blogger Dzmitry Halko were sentenced to 12 and 10 days of arrest respectively, for “using the obscene language and resistance to the police”. Both persons were detained while returning from the delinquents' isolation centre in Akrestsina after meeting the civic activists who had been released from it after serving arrests for the participation in the "Chernobyl Way" rally. BAJ made a statement of protest condemning the recent arbitrary detentions and arrests of journalists.

Civil society solidarity. On 4 May, Pavel Vinahradau, the leader of Tell the Truth! youth wing, was released after serving administrative arrest for staging an authorised action in support of political prisoner Mikalai Statkevich. When in detention, Vinahradau urged all opposition leaders and civil society activists to express solidarity and welcome his release in front of the detention centre. He was met by Vladimir Nieklyaev, Andrei Dmitriev, Vladimir Matskevich and about 30 civil activists; there were no other leaders attended. 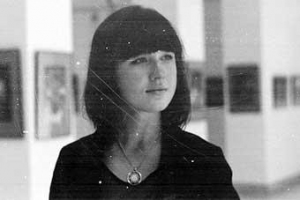