The argument for loosening the visa regime for Belarusian citizen is that people to people contacts must improve. At a time when the official diplomatic relations are at an all-time low, it seems that the exchange between ordinary... 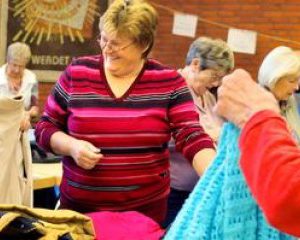 The argument for loosening the visa regime for Belarusian citizen is that people to people contacts must improve. At a time when the official diplomatic relations are at an all-time low, it seems that the exchange between ordinary people offers a glimpse of hope. It might prevent the Belarusian citizen from total isolation. However, looking at the German-Belarusian informal relations, it gets clear that it may not work. Here is why.

The EU and many support programmes aim at bringing together civil society actors. In their opinion, young people, politically interested actors and activist of non-governmental organisations should meet. Belarusians would consequently understand how democracy works and the Westerners would see themselves that Belarus is a country worth visiting. But this is a somehow naïve vision of things.

If you look at those who are actually travelling to and fro Belarus and Germany, you can dress the following list:

Belarusians who want to go to Germany have to show an official invitation letter. As a consequence, the groups of people travelling West are the following:

No Contacts at Grassroots Level

The problem is that those groups of people have totally different expectations when they meet. Consequently, there are no eye-to-eye meetings between the German and the Belarusian civil society.

The meetings of friendship associations and partnership committees are based on the assumption that Belarus is an underdeveloped country that needs material support. People collect old clothes and tinned food in Germany in order to send it to Belarusian towns. Most of them have not been to Belarus for several years, otherwise they would know by now that nowadays it is difficult to distinguish a German teenager from a Belarusian one by their appearance. Smartphones, flat screens and modern public transport is a part of the everyday life in the Belarusian cities.

The partnership committee members think they are doing the Belarusians a favour by sending them their old clothes. However, none of them is looking at the meetings with people from Belarus the other way round: That Belarus is a great country and Belarusians are on a par with them. Of course the living standards here is not as high as it is in Germany, but there are still things that Germans can learn from their Belarusian friends.

On the other hand, Belarusians often look down at their German acquaintances. They go to Germany with a feeling of “Germany is a great country, only that there are too many Germans living there”. They think the country is well-organised and approve of the efficiency of their German friends. Then, however, they deplore that things are different than in Belarus: people are coldhearted and they generally lack solidarity with each other.

How to Stop Supporting Stereotypes

If those partnership committees concentrated on working against stereotypes on both sides, this would be a big step forward in German- Belarusian relations. As it is now, the old scheme of donor and recipient is maintained. No evolution of the work of those committees has happened since the Chernobyl disaster. Only if meetings take place at an equal level, there will benefit Belarus' transformation.

It is true that some German and Belarusian NGOs do try to cooperate. Those NGOs that are really doing efficient work in Belarus are not registered here. Unfortunately, German donors shy away from cooperating with non-registered NGOs and try to work with those few that are officially accepted by the Belarusian government. If the international and German donors changed their opinion on this point and took the (manageable) risk to cooperate with an organisation regardless of its formal status, money and energy could finally go to those projects where people meet as equals.

Belarus is a great country. It is time to stop seeing it as an exporter of beautiful but will-less women who are happy to get donations from Germany. Belarusian children should go to Germany and take part in exchanges without being labelled "children of Chernobyl". They are not pale impoverished children but smart young people who know mathematics ten times better than the German children they meet.

And: Germany is a great country, too. Germans are not as bad as their reputation. 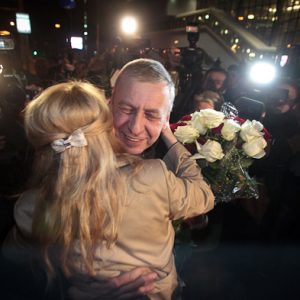 Belarusian authorities prepare for the next warming up cycle in their relations with the West where political prisoners, Western pressure and Russian subsidies (or absence thereof) play a prominent role.

Earlier this week Lukashenka announced that he would be willing to release those who asked for a pardon. Mikola Statkevich, another 2010 presidential candidate, and over ten other political prisoners are still serving their sentences.

Court orders psychiatric evaluation of Syarhey Kavalenka. On 10 April, a panel of the Vitsyebsk Regional Court placed Syarhey Kavalenka, who is widely regarded as political prisoner, in a psychiatric hospital for a comprehensive evaluation, while simultaneously postponing a hearing on the hunger-striking opposition activist’s appeal against his prison sentence until the examination’s findings are published. Later Kavalenka was put in the Navinki psychiatric hospital in Minsk where he reportedly stopped his hunger strike voluntarily.

Review-Chronicle of Human Rights Violations in Belarus. March 2012. The Human Rights Center Viasna has released its review of human rights violations in Belarus for March 2012. In particular, the experts note that during the reporting month, the human rights situation is strongly dependent on foreign policy volatility. The unresolved issue of political prisoners deepened the crisis between the Belarusian authorities and the EU.

Police takes away passport from BISS Director. On 6 April, Academic Director of the Belarusian Institute for Strategic Studies Alexei Pikulik was detained by the police and had his passport and iPad seized. So far Pikulik has not been provided with any information about the timing of the return of the seized items.

Former Prosecutor General on EuroRadio. Former Prosecutor General and ex-Chair of the Constitutional Court Griroriy Vasilevich gave an extensive interview to Euroradio, in which he suggests that the death penalty could be abolished in Belarus without a referendum. The lawyer called for the Chair of the Supreme Court of Belarus to “stop hiding behind the backs of subordinates” and comment on the death penalty verdict for Kovolev. He also suggested that the constitution and major international human rights instruments should become a “pocket book” for every public official in Belarus.

Bublikava particularly examines the case of Belaruspartisan and Charter97 publishing a report titled “Three days with the mother of the executed,” initially produced by Polish TNV channel, the link to which the author placed on Facebook, without making any direct link to the Facebook or the initial source. The article resulted in a lively several-day long debate on Facebook and publications by activists, such as Olga Karach, and further publications by Tatiana Bublikava on Facebook and Yanina Melnikava on BAJ website.

Lukashenka asks Catholic church to help mend Belarus` ties with West. The Roman Catholic Church should help Belarus improve its relations with Western Europe, Alexander Lukashenka said while meeting with the outgoing ambassador of the Sovereign Military Order of Malta to Belarus, Paul Friedrich von Fuhrherr, in Minsk on 9 April.

Social contracting in the House of Representatives. On 12 April, at its 10th session the House of Representatives adopted on first reading the draft law On Social Services. The new law introduces a mechanism of social state contracting, which provides funding for organizations of different ownership, including CSOs, from the state budget. 97 deputies voted in favour; 3 abstained.

Memorial unveiled in Minsk on subway bombing anniversary. On 11 April, a memorial was unveiled at an entrance to the Kastrychnitskaya station in Minsk to pay tribute to the victims of the 11 April 2011 subway bombing. More than 200 people gathered at the site to attend the event.

State and independent TV produced films about the Minsk subway bombing. On 11 April, by the anniversary of the blast in the Minsk subway state Belarusian TV showed the documentary film Metro, a Poland-based TV channel Belsat released its film Fear of the Country of Peace.

Belarusian National Platform has adopted a statement condemning the executions. On 11 April, the Belarusian National Platform of the Eastern Partnership Civil Society Forum has issued a statement condemning the death penalty in Belarus on the anniversary of the explosion in Minsk subway. In particular, the signers urged the authorities of Belarus to establish a moratorium on the death penalty.