The Guardian, a leading British newspaper, described the recent violence and torture used by the Belarus authorities following the rigged presidential elections. The newspaper calls Alyaksandr Lukashenka the European Mugabe. It also quotes Belarusian analysts who think that the... 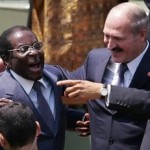 The Guardian, a leading British newspaper, described the recent violence and torture used by the Belarus authorities following the rigged presidential elections. The newspaper calls Alyaksandr Lukashenka the European Mugabe. It also quotes Belarusian analysts who think that the main reason for police brutality and massive repressions was the need to instill fear in Belarusian people.

That fear has weakened when Mr Lukashenka was playing with the West over the last couple of years. He needed a more liberal appearance to secure EU’s support for funds from the World Bank, the IMF and European banks. He has gotten it all. Now that Russia is once again willing to provide him with subsidized oil, Mr Lukashenka no longer needs money from the West and can be true to himself.

The Guardian describes torture techniques used against hundreds of demonstrators, following their beatings and arrests:

Natalia Koliada of the Belarus Free Theatre was among those rounded up last Sunday, after she and others protested against president Alexander Lukashenko’s shameless stealing of yet another presidential election. She told Index on Censorship that she was held for 14 hours and not allowed water, food or sleep. Detainees of both sexes were kept in freezing prison corridors, abused by guards (“You are animals … Our dream is to kill you”), and obliged to defecate in front of each other.

As always, Europe was hoping that Russia would be the one to pacify Mr Lukashenka. But as many times before, the Kremlin turned a blind eye on human rights violations even though their scale was unprecedented for Belarus. According to the Guardian, the Belarusian Mugabe also secured a deal with Russia according to which he will be getting subsidized oil to re-sell it to the West. The profits would be enough to keep happy his massive army of bodyguards, police and other security personnel.

The Guardian concludes that repression in Belarus had been planned irrespective of the scale and course of the planned opposition demonstration. The best evidence for that was that Mr Neklyaev, the most charismatic presidential candidate, had been beaten up and knocked unconscious even before protest demonstrations started.

The newspaper criticizes the European Union which is not willing to take any active steps to stop terror in Belarus. Instead of simply observing, it urges the EU to do more:

early next year, the European Union needs to take a long, cool look at its own face, as it appears in the Belarussian mirror. It may not be a pretty sight.

Read Belarus may seem a far away country, but we have to confront Europe’s Mugabe at guardian.co.uk.

Belarus Elections: the Opposition Achieved All It Could

By convening tens of thousands in the post-election protest, the democratic opposition achieved all it could. The false impression of a democratic election was destroyed. Despite the cold weather, 2010 protest was much more impressive than the protests in 2006 or 2001.

Some foreign media complain about the defeat of the opposition. But all other imaginable outcomes of the street protest in Minsk – the seizure of state power, or even the takeover of the Central Elections Commissions office or the state television by the demonstrators – were a priori unrealistic. The power between the protesters and the state was distributed highly unequally, given the nature of the current regime and the current situation. Even if we imagine that the opposition took control of the governmental building – then what? Could the opposition defend it against the state armed forces? How? And why?

Even if the opposition had forced Alyaksandr Lukashenka to a dialogue, it would have launched a process with an uncertain and most likely negative outcome. Any arrangements with the current regime are worth nothing and will be violated by Lukashenka when he deems convenient. This has already happened to the opposition-led parliament in 1996, to Russia’s attempt to build the Union State with Lukashenka, and to the European Union’s attempt to draw Belarus into the Eastern Partnership.

The events of December 19, including the traditionally flawed vote counting that brought one more overwhelming and unrealistically large victory for Lukashenka, have shown that the opposition did not need to nominate a single candidate.

In fact, as a result of nominating nine rather than one candidate, the opposition has fully taken advantage of the opportunities to promote its views during the campaign. The campaign helped the emergence of a number of new nation-level opposition politicians that gained useful experience and aired their positions.

Lukashenka’s regime cannot be defeated in an election that he himself organizes. Neither can it be defeated in street battles. A realistic goal for the opposition should be not the fall of the regime, but its gradual transformation.

Lukashenka and his loyal think-tanks are spreading promises. Belarus, they say, has developed what they call “strong democratic institutions” that allow the country’s economy, as they claim, to benefit the population. Given these “achievements”, the task at hand now is to simply adjust these institutions to the Western standards. Having articulated this position, the regime has no place to retreat, and the need for reform has not disappeared. The demonstration of the population’s protest potential, with the opposition taking over Minsk’s central square, may well contribute to the reformist sentiments on a purely emotional level.

The democratic opposition has achieved all it could: the false impression of a democratic election has been destroyed, and the population’s objection and frustration have been expressed. The West did not recognize the election, and Russia’s official reaction has been neutral. Engaging with the EU against the background of beaten journalists and politicians will now be difficult for the president. Moreover, the peace between Lukashenka and Moscow is unstable; in fact, the Kremlin may be waiting for Lukashenka to violate some of his agreements with Russia (as he tends to do) to attack him with more force than before.

The experience shows that an octopus-like opposition – decentralized, pluralistic, but coordinated on a small number of key issues – may be what is needed at the moment. The oppositional forces already range from uncompromising to “constructive”, from Belarusian nationalists to pro-Russian parties, from left-wing anarchists to Christian Democrats, from radical Mikola Statkevich to cautious Ales Mikhalevich.

Such opposition could not be split, just like it is impossible to split water. Each opposition structure should focus on a particular topic, be it the economy, the revival of the Belarusian language, or, say, the municipal self-government. To go one step further, a member of the opposition in the government, however authoritarian, can do much more than an honorable political prisoner.