Why is a controversial ex-mayor of Kaunas considering Belarus seeking political asylum? The Centre of Legal Transformation appeals for a public hearing on the legislative project "On Alternative Military Service".

The National Statistical Committee of Belarus (Belstat) has recently revealed that... 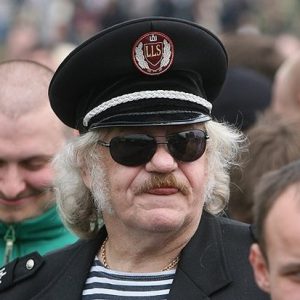 Why is a controversial ex-mayor of Kaunas considering Belarus seeking political asylum? The Centre of Legal Transformation appeals for a public hearing on the legislative project “On Alternative Military Service”.

The National Statistical Committee of Belarus (Belstat) has recently revealed that half of Belarusians earn less than US$500 a month. For the first time Hrodna Medical University is offering its students to study in Belarusian. How many students will decide to use this opportunity? “Levada Centre” checks out how the attitudes of Russians towards Belarus have changed over the past years. It shows that 88% of Russians have a positive attitude towards Belarusians – the highest rating in 10 years.

Lawtrend addresses the Government of Belarus to hold a public hearing on the “Alternative military service” bill: The Centre of Legal Transformation has appealed to the chairman of the House of Representatives of the National Assembly of Belarus Vladimir Andreychenko, as well as to the heads of the parliamentary committees with the requirement to “declassify” the legislative project “On Alternative Service”, which is to be introduced to the Parliament in October. According to Lawtrend, the bill is classified as “for internal use only”, which means it may not be discussed with any other interested parties.

15 European Parliamentary deputies are demanding from Minsk to release political prisoners: Fifteen deputies from the European Parliament, Germany and Switzerland have addressed a collective request to GOB regarding the human rights situation in Belarus with a demand to “immediately and unconditionally release and rehabilitate all political prisoners, as well as a impose a moratorium on the death penalty in Belarus”.

Capacity Building Marketplace announces the second NGO Capacity Building Fair: The Fair is to take place on 1 November 2013 in Minsk. The event is aimed to represent the Belarusian market of organisational development services, as well as gather CSO’s from all regions of Belarus in one place. The deadline for the submission of applications from consultants is August 12, 2013.

Antimak on light drug abuse among youth: Aleksandr Shpakouski from the AntiMak campaign, along with other actors in the field, gave an interview to SB.by on the issues of “light” drug abuse among youth in Belarus. The experts discussed the level of popularity of smoking mixtures among students, the easiness of legalization of light drugs, the dealers’ business models, the values of youth today and measures to be taken to prevent and fight drug abuse in Belarus.

Gomel Democratic Forum has been officially been registered: The regional development centre “Gomel Democracy Forum” has obtained official state registration on August 1, 2013. The goals of the new organisation includes providing non-commercial informational and consulting services, support for citizens in the spheres of education, business, culture, civic activity, as well as the facilitation of economic and socio-cultural development of Belarusian regions.

“Green Schools” program has been included into extracurricular activities for Belarusian students: The program has been approved by the Ministries of Education and Natural Resources of Belarus as part of the Republican eco-educational project within the framework of a larger UN cooperation program. The program is aimed at filling the gaps in children’s knowledge about the nature and ecological problems of Belarus, as well as encouraging the proactive position of children, their parents and teachers in solving them.

Public opinion survey: Russians’ attitudes towards Belarus have improved: Russian independent research organisation “Levada Centre” has surveyed Russians on the subject of their attitudes towards different countries of the world. According to the survey results, 88% of Russians maintain a positive attitude towards Belarus (which is the highest rating it is had since 2003, when it was at 90%) against 7% who think of Belarus negatively. The “champion” of negative attitude of “the Northern neighbors” is the USA – 36% (as opposed to 43% positive), while the European Union in perceived negatively by 24% of Russians (against 64% of positive attitudes). The news gained nearly 2,000 comments on TUT.by.

Where do Belarusian immigrants wend their way in Russia? Internet-newspaper “Zautra.by” has analysed Russian Federal “Demographic yearbook 2012” and found out the most popular destinations for Belarusian immigrants in Russia. The largest increase in immigrants from Belarus was registered in the Smolensk and Tyumen regions. Moscow and St. Petersburg are in the top 5.

The Institute of the Ministry of Economics suggests switching from directive planning to indicative targeting for government-owned enterprises. This idea has been voiced by the vice-director of the Ministry of Economics Research Studies Institute Viktor Pinigin. According to Mr. Pinigin, the weak side of directive planning is its “lack of real economic mechanisms for stimulating enterprises to meet the directive targets”. The Ministry representatives believe that indicative planning will provide for better performance of the manufacturers, since it will determine their income. In the meantime, economists note that this is not the first attempt to switch to indicative economic planning – the first attempt to adopt relevant draft law was failed in 2011. 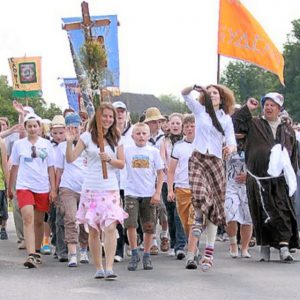 Recently the head of the independent Union of Poles in Belarus, Mieczyslaw Jaskievicz made a controversial statement about Belarusian Catholics. In an interview given to Belarusian Partisan he related that he belongs to a Catholic Church with an exclusively Polish identity. In his words, Belarusians and Russians are Orthodox.

It happens often that people, particularly in the Poland-Belarus borderland, define their national identity in terms of their religious affiliation. Such an oversimplification remains valid due to the dominating presence of the Polish language in the religious services in the past. Over the last two decades the Church in Belarus, however, has seriously been changing its approach to Belarusian believers. In addition to its Polish language services it has also the Belarusian language into its churches.

At the same time, Belarusian authorities still have not found a way to deal with the Catholic Church. On the one hand, Minsk is aware of the advantages of maintaining proper relations with the Church and how it helps to support the myth of a religiously tolerant Belarus. On the other hand, Lukashenka’s recent statement about a spy within the Catholic Church in Belarus and his criticism of the Orthodox Church signals that he is keeping a close eye on activities of religious institutions.

The Polish Minority in Belarus

Over the last decade the number of people declaring Polish identity in Belarus has declined. In 1999, over 396,000 people declared themselves Poles, over a ten year time span this number has dropped to 295,000. Remarkably, nearly 60% of those who identify themselves as Poles speak Belarusian at home. This means that the majority of them use Polish only during church services, but Belarusian in their daily life. Largely due to this, it happens that they are sometimes called “church Poles”, a reference to the fact of their usage Polish mainly at their Catholic church services.

During last year’s Congress of Poles Abroad in Warsaw participant-activists argued that conditions for Polish minority in Belarus were deteriorating. The authorities had already managed to split the Union of Poles into two organisations – one recognised by the State and the other considered “disloyal” in the eyes of Minsk. The Polish activists also highlighted the serious difficulties with organising teaching in Polish. In their opinion, such difficulties hindered the preservation of Polish identity in Belarus.

Who needs the Belarusian language in the Catholic Church?

The Belarusian language for a long time remained absent in the Catholic Church in Belarus. Since the outbreak of the Second World War in 1939 the Nazi occupiers completely eliminated Belarusian’s usage in religious services and institutions. Catholic officials in Belarus started re-introducing the language into church life only in the 1990s. Then a special commission was created and started translating liturgical texts into Belarusian. In August 2004, the Archbishop of Minsk-Mahiliou, Cardinal Kazimierz Swiontek presented the first edition of an important liturgical book in Belarusian.

The majority of the Catholic parishes in Western Belarus conduct bilingual service, Belarusian and Polish. However, an oversimplification such as “in Belarus those who attend the Catholic Church are Poles and those who go to the Orthodox Church are either Belarusians or Russians” still persists in Belarus, particularly among the older generation.

This is in large part due to the historical legacy of the region: in the past Catholicism became the core of the concept of Polish identity. On the other hand, many started to connect Orthodoxy with Russianness. Paradoxically, today the Church is one of the most influential socio-religious institutions and de facto promotes the Belarusian language simply through use of it in its services.

Lukashenka: the Priest-Spy in the Catholic Church

Recently, while the Orthodox Church was celebrating the 1025th anniversary of the baptism of Kievan Rus, Alexander Lukashenka announced at the end of July that they caught a spy in the Belarusian Catholic Church. He said “we detained one of the traitors who served in the special services and who through the representatives of the Catholic Church is related to foreign states”.

Despite the fact that he did not reveal the name of the suspect, the media quickly found out whom it was he was speaking about. In the beginning of June the KGB arrested Father Uladzislau Lazar, a Belarusian Catholic priest from Barysau on charges of espionage. Father Uladzislau has a Belarusian passport and was educated in Belarus and Poland.

The affair certainly casts a shadow over the whole Catholic Church in Belarus. The activists of the Belarusian Christian Party issued a letter of support for Father Lazar’s release. The authors write that “We believe that the arrest of the priest is an attempt to blackmail the Catholic Church and intimidate the Belarusian public”. Naviny.by has reported that in five days the petition has collected over 900 signatures.

The Increased Interest of the State

Last October the Holy See’s diplomatic representative, Cardinal Claudio Gugerotti, visited with Belarusian prisoners of conscience. Amongst others he met with Siarhei Kavalenka, Mikola Statkievich, Ales Bialatski and Pavel Sieviaryniec. Certainly this was a rather unexpected event considering the fact how the authorities have conducted themselves with regards to political prisoners rights.

Lukashenka recently demonstrated that he wants to play a role in the country’s religious life. He talked about a need to reform the Orthodox Church by making it more suitable for people, including a reduction in the length of its services. Belarusian analysts are still not sure why he did not go to Kyiv to join the presidents of Russia and Ukraine and top Orthodox hierarchs from around the world at the celebrations surrounding the baptism of Kievan Rus. Perhaps by becoming more engaged in religious affairs he is trying to compensate for missing the event.