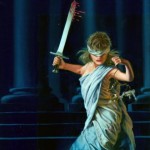 Last week, two men were sentenced to death in Hrodna, Belarus. The previously convicted men have murdered three during an armed robbery. They have 10 days...

Newsweek has published a story where it names Andrej Sannikaŭ (Sannikov), former deputy foreign minister and head of the human rights initiative Charter'97, the potential candidate who could be backed by Russia to replace the current president Aliaksandr Lukashenka. This rather looks like a psychological PR attack from Kremlin's side:

it is very unlikely that Russians announce their candidate's name that early, if at all. Naming Sannikaŭ means drawing extreme attention to this person from Lukashenka's KGB that could arrest him or prevent his candidacy on the upcoming elections by any possible means. It could be much more productive for Russians to try establishing contacts with Aliaksandr Milinkievich who seems to eventually become the main opposition candidate on the elections that will take place in early 2011 or late 2010.

As this website has already written in the past, there are in general no influential pro-Russian political forces in Belarus, if we do not count Lukashenka as pro-Russian. However, this may be related to the fact that Russians did not yet bother to actively start looking for politicians willing to become pro-Russian. Everything but the name of Andrej Sannikaŭ seems very realistic in the article.

Belarus's mercurial President Alexander Lukashenko could soon be on the Kremlin's target list after demanding rent for Russian military bases and sheltering the ousted Kyrgyz president. "Russia is terribly tired of Lukashenko and is looking for a decent leader to replace him," says Igor Bunin of Moscow's Center of Political Technologies. Moscow's candidate of choice could well be Andrei Sannikov, a veteran Belarussian opposition leader who is not too close to the West and has declared that he is "ready to embrace Russian help if it comes from the right people." Lukashenko, he says, "has been scared lately after he saw how Russia can support a revolution in former Soviet countries." Read the full story