Is Europe Ready to Tolerate an Anti-Russian Dictatorship?

According to the Economist, some European politicians would be happy to accept dictatorship in Belarus as long as it is not pro-Russian. Mr Lukashenka’s...

According to the Economist, some European politicians would be happy to accept dictatorship in Belarus as long as it is not pro-Russian. Mr Lukashenka’s anti-Russian rhetoric has recently impressed some Europeans. In particular, Dalia Grybauskaite, Lithuania’s president, reportedly told European Union diplomats that a victory by Mr Lukashenka would safeguard stability and limit Russian influence.

Europeans traditionally keep promising rewards to Belarus authorities if the elections are free and fair. However, all signs are that the authorities approach to elections will be as usual despite some cosmetic changes. Although this time there are many alternative candidates and the police tolerates demonstrations, two most important prerequisites of free and fair elections are missing. First, alternative presidential candidates are almost never seen on TV. Neither is there a free discussion about elections. It is difficult to see how voters can support an alternative candidate when they have no access to free information.

Second, the votes are unlikely to be counted. Nearly all elections committees – those who do the actual vote counting – consist of the same people who falsified Belarusian elections in the past. Usually these are employees of state-owned enterprises and their immediate superiors. They know that if something goes wrong, there will be immediate consequences for their employment.

With high unemployment (not acknowledged by the official statistics) and most employers being state-owned the prospect of loosing a job looks scary to most people in Belarus. The vast majority of employees in Belarus work on the basis of short-term fixed-term contracts. The system was introduced to make sure that those who are not loyal can be easily made jobless. It is not even necessary to dismiss the dissidents. Their fixed-term contracts are simply not extended.

The alternative presidential candidates view these elections use more as a self-marketing opportunity rather than as a real fight for power. However, it is difficult to blame them. The civil society in Belarus has been nearly wiped out over the last decade. However, the roots and the seeds of the real civil society are still there. Alternative candidates are just tips of those roots which need to be supported.

The alternative candidates should think long-term and instead of promoting their short-term goals, seek donors’ support for independent media and other elements of civil society for the years to come. Presidential elections are an excellent opportunity to attract attention to Belarus once again. Hopefully, other European leaders will not follow Ms Grybauskaite’s pro-Lukashenka position. It is better to make long-term investments in Belarusian civil society, instead of immoral short-term investments in dictatorship. The European history shows than either anti-Russian or pro-Russian, dictatorships are inherently unpredictable and unstable.

Lukashenka Plays the Ace Up His Sleeve 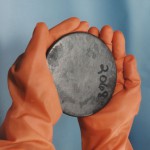 Two days ago, on the sideline of an OSCE meeting in Kazakhstan, Belarusian Foreign Minister Sergei Martynov met with U.S. Secretary of State Hilary Clinton to announce that Belarus intends to get rid of all of its remaining highly enriched uranium (HEU) which just a few months ago seemed so unlikely.

The terms of the deal are not completely clear, but it was noted in the joint communiqué that the “The United States intends to provide technical and financial assistance to support the completion of this effort as expeditiously as possible.”

It is not exactly clear why the Belarusian administration has decided to take this opportunity to utilize one its last few negotiating chips, but it could likely be in order to gain favor with the West prior to the December elections. As Digest readers know, Lukashenka has had a falling out – to say the least – with its one-time benefactor Russia. In all likelihood, Lukashenko has decided to follow Kenny Roger’s advice and play the ace up his sleeve as Belarus Digest already discussed.

However, the Belarusian leader should not count on this buying him anything more than an invitation to the 2012 Nuclear Security Summit in Seoul, South Korea, which he has already received, and certainly not anything along the lines of what he likely has in mind – acquiescence from the West when the upcoming election turns out to be less than free and fair. In the spirit of not counting my money while I’m still at the table, I won’t go quite as far as the The Economist and declare the election over because crazier things have happened, but I would also not recommend the reader to hold his or her breath.