The Kalinowski scholarship for young Belarusians wishing to study in Poland is six years old but not not without controversy.  While those who run it underline its success, the post-graduation reality sometimes raises serious questions. 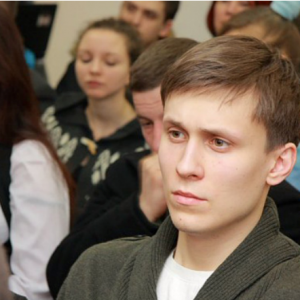 The Kalinowski scholarship for young Belarusians wishing to study in Poland is six years old but not not without controversy.  While those who run it underline its success, the post-graduation reality sometimes raises serious questions.

In 2006  the Polish government launched the Kalinowski Fund to help the repressed youth who challenged the presidential elections results in 2005. It gives a chance to students who cannot enter universities in Belarus or continue their studies because of their pro-democracy activity.

Despite the good cause, the programme alumni face difficulties finding jobs in Belarus. The organisers should think not only about placing young Belarusians at Polish universities but also about helping them return to Belarus.

146 new participants joined the programme in 2011. The programme participants do not need to speak Polish and receive a grant of 1240 Polish zloty (around €300) per month and a one-time allowance. This is enough to cover living expenses in Poland. The programme covers a period of up to five years until students complete their studies.

Who are the Kalinowski Scholars?

Apart from receiving education at Polish universities, these young Belarusians are also supposed to acquaint themselves with with European values and to gain knowledge of the state institutions within the democratic framework. Inna Kulej, coordinator of the scholarship, hopes that it can create new political elites for the future Belarus.  At the same time, obtaining a diploma in Poland can be the first stepping stone to other European universities.

Each year the number of applicants varies. In the first round, after the repressions which followed the 2005 presidential elections, its number were at their highest. In 2006, 244 participants began their studies at Polish universities. In 2007, 71 Belarusians received the scholarship. In the aftermath of the repressions following the 2010 elections, the organisers increased the number of participants by 60. In 2011, 146 Belarusians joined the scholarship programme.

The KGB Keeps an Eye on the Scholars

From the beginning, the Polish initiative appeared controversial to the Belarusian regime. Jan Malicki, director of the programme, recalls the increased attention which the participants may face in Belarus. Some have been questioned by the KGB or had their laptops searched.

Pro-regime media in Belarus has attempted  to undermine the programme in the eyes of the Belarusian public. According to Narodnaya Gazeta, the scholarship organisers abandon the students and do not support them during their studies. Moreover, the newspaper reported on the alleged preparation of the students for extremist activity in Belarus. From a long-term perspective, according to the newspaper, participants of the programme were to be used for spying and influencing Belarus.

On the other hand, the quality and honesty of some candidates is sometimes questionable. Allegations against them include buying the required documents to prove that they are pro-democracy activists. Furthermore, some of the successful candidates did not fulfil their academic obligations, including attending the obligatory classes. Certainly, such cases might have put a shadow on the whole community of ‘kalinoucy’.

So far the Kalinowski scholarship and studying abroad experience appears to be popular among young Belarusians. The portal Generation.by reports on the Gallup survey’ results. According to the research, 32 per cent of Belarusians would like to study abroad or participate in a work-study programme.

Unfortunately, the Kalinowski programme shares similar drawbacks with the European Humanities University in Vilnius. Namely, neither provides support after graduation. Graduates have little opportunities to work in Belarus, despite having a diploma recognised in the European Union (but not in Belarus). The Kalinowski programme does not have mechanisms to encourage them to go back to Belarus and utilise their knowledge and skills there. Arguably this should be the main raison d'être of such programmes.

Certainly, it might be interesting for graduates to return to Belarus and take part in the future reforms. Nevertheless, today opportunities in Belarus do not look promising. Under the current regime those young people often face difficulties finding a job.

The economic situation in Belarus and high level of unemployment in addition to their anti-regime attitudes are not appealing. It is difficult to estimate how many Belarusians will decide to go back. According to Inna Kulej, the vast majority of the graduates return to Belarus. However, it is hard to find any data proving that.

The graduates have already reported on the problems with finding jobs in Belarus after their studies. The Euroradio presented a few stories about recent graduates who could not find employment in Belarus. Their Polish diplomas are not recognised in Belarus. The easiest way seems to be to stay in Poland or go further West.

Good will to create opportunities to obtain a higher education degree in Poland does not seem enough to help Belarusian student activists. The organisers of the scholarship should think about widening the framework of the programme, rather than just increasing the number of recruits.

The organisers have already made one serious step in that direction. In 2011 the programme opened up to the PhD researchers and academic teachers. Its number may increase with time. It is important to target more academics who can then reach young Belarusians with new ideas and share their experience.

The Kalinowski Scholarship Fund could also become a joint initiative of more European universities. It could certainly benefit from financial support of other EU countries.

More can be done to help organise internship programmes for graduates in Belarus. The goal is to widen the range of involved institutions and thus the number of possible opportunities for young Belarusians.

Creating in advance employment opportunities and fellowships with Belarusian private companies, NGOs and academic institutions might be another option. This could help Kalinowski scholars to enter the job market and ease their return to Belarus. 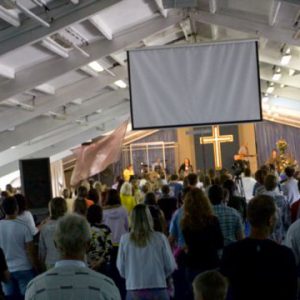 The Marketplace of Youth Initiatives announces results in Brest. Fond of Ideas conducts a talk show on corporate social responsibility. The Liberal Club presents an alternative view on public administration reform. The Office for the Rights of People with Disabilities presents national polling results. Euroradio accreditation in Belarus is renewed. Online security for dummies.

New Life Church ordered to vacate its prayer house. The Minsk City Economic Court has ordered New Life Church to vacate its prayer house by 5 December. The church council decided that they will stay in the prayer house 24 hours a day and ask God to bring the authorities to their senses and show them what to do and how best to react to their actions. On 4 December, the owners of the building (Minsk municipal authority) withdrew their claim and the eviction court proceedings were discontinued.

Community issues in state newspaper. A community based initiative of Minsk district Masyukovschina has ensured that the largest state newspaper, Sovetskaya Belorussia, posted a publication on 27 November devoted to an actual community issue: reducing queues in clinics through their informatics. The journalists used examples from other clinics to aillustrate the pros and cons of adopting information technology in healthcare.

Thirty-three rights groups call for release of Byalyatski. The 33 member organisations of the Civic Solidarity Platform have urged the Belarusian authorities to release human rights defender Ales Byalyatski and allow the Vyasna human rights group to continue its operations. The statement condemned the recent confiscation of Vyasna’s office, an apartment in a residential building in Minsk that belonged to Byalyatski prior to his conviction.

Customs to burn "Belarus Press Photo 2011" albums. Such a conclusion can be reached after reading the official letter of Ashmyany customs sent to Belarusian photographer Alyaksandr Vasyukovich, from whom they confiscated 41 copies of the photo album on 12 November. The album was published officially and brought to Belarus a year ago.

Belarus renews accreditation for Euroradio bureau. The accreditation of Euroradio's bureau in Minsk is valid through to 10 November 2013. The correspondents bureau was opened in Belarus in November 2009. There are 10 accredited journalists, including Euroradio's Editor-in-Chief and Bureau Director Vital Zyblyuk.

Drug market reduced. Analysts of the civil initiative Antimak (Against Opium Poppy) stated that the trade in smoking mixture in Belarus has been reducing. The initiative's coordinator, Alexander Shpakovsky notes that there are no official statistics yet, but the drug market has become quiet after the adoption of the Law "On narcotic drugs, psychotropic substances and their precursors and analogs" in October 2012. The Antimak civil initiative launched in 2008 is struggling against drug-addiction in order to preserve the life and future of Belarusians.

CSR talk show. On 27 November, Fond of Ideas conducted a talk show  titled Corporate Social Responsibility 2013: expectations and opportunities for business. The event was attended by representatives of business, governmental bodies, CSOs and media. The starting point of the discussion became the recent Fond of Ideas’ market research on "Implementation of the principles of corporate social responsibility at the Belarusian enterprises".

An Online Security for Dummies website has been created to help ordinary users, who are not programmers and system administrators to better understand computer security.

Avangard flash mob. On 25 November in Minsk, a flash mob was held on the initiative of youth NGO Avangard, headed by Marat Abramovski. Due to the cold weather, it was decided to conduct the mob in the Minsk indoor shopping centre New Europe. The event brought together about 100 participants who started to dance at the scheduled time.

New survey of DisRight Office. On 26 November, the Office for the Rights of People with Disabilities presented the results of a poll to identify some aspects of treatment of people with disabilities. The survey was carried out by IISEPS in the fall of 2012. In particular, the Office coordinator Sergei Drozdovskiy noted that during the last 2 years negative trends remain in place: society's attitude to education and employment of people with disabilities as well as governmental policy in the field of disability have not changed.

International Day of Persons with Disabilities. From 15 November to 15 December in Minsk, the BelAPDIiMI NGO is conducting an "Anti Indifference" campaign to mark International Day of Persons with Disabilities. The purpose of the campaign is to show that people with disabilities can and should participate fully in society, and society can become more open and compassionate in accepting such people.

Diaspora Congress in Tallinn. On 23-25 November, Tallinn (Estonia) hosted the V Congress of the New Belarusian Diaspora in Europe and the U.S., which was attended by about 50 participants. The Third Way organisation, established by a political refugee Pavel Morozov, hosted the event. At the Congress the participants discussed the strategy for 2013-2015, Internet-primaries as a method of choosing a coordinating council of opposition, and opportunities for working with the diaspora.

Belarus Digest prepared this overview on the basis of materials provided by Pact. This digest attempts to give a richer picture of the recent political and civil society events in Belarus. It often goes beyond the hot stories already available in English-language media.
https://belarusdigest.com/?p=1
Byalyatski church civil society corporate social responsibiity Kurapaty new life NGOs Religion