The council of the Polish city of Kraków has declared Aliaksandr Lukašenka, the President of Belarus, persona non grata in the city. It is a symbolic gesture of solidarity with the Union of Poles in Belarus. The city council...

The council of the Polish city of Kraków has declared Aliaksandr Lukašenka, the President of Belarus, persona non grata in the city. It is a symbolic gesture of solidarity with the Union of Poles in Belarus. The city council has passed a resolution which appeals to the European Parliament to take all possible effective action against the Belarusian state to protect the rights of persecuted Poles in Belarus. The conflict around the Union of Poles of Belarus is quite far from what it may look like at the first glance. The specific is that the conflict has no nationalistic background at all.

In principle, one can find potential grounds for Polish-Belarusian nationalistic tensions on historical and geographic issues, just as there are tensions between Poland and the Republic of Lithuania around the Vilnius region or between Poland and Ukraine on the role of Ukrainian Insurgent Army in the 2nd World War. Polonization and repressions against Belarusian national movement in Poland-occupied West Belarus in 1919-1939, transfer of the city of Bielastok (Polish Białystok) and surroundings from Belarus to Poland by Joseph Stalin in 1945 or the fact itself that Poles are the only ethnic minority in Belarus that was largely formed not as a result of migration of people from mainland Poland but from Roman Catholics of the Grand Duchy of Lithuania adopting Polish self-identification – all these controversial historical episodes could have been used by a nationalistic Belarusian government as a reason for tensions with Poland.

As a tradition from Soviet times, September 17, the day of the Soviet invasion to Poland in 1939, is still commemorated as the Day of Reunification of West Belarus with the Belarusian Soviet Socialist Republic, but nothing more than that. Belarus has avoided a wave of nationalistic self-esteem buildup all other newly independent states, like Ukraine or the Baltic states, have been through. The regime of Aliaksandr Lukashenka is far from being nationalistic. To the contrary, it seems more cautious about the Belarusian-speaking minority, that is mostly represented by urban intelligentsia and youth in opposition to Lukashenka, than about the Polish minority. There is an official Union of Poles of Belarus led by Stanislau Siamashka that is loyal to the government and that gets support from it.

The prosecution of the unofficial Union of Poles of Belarus led by Anžalika Borys is first of all a prosecution of an organization that is independent from the government and refused to demonstrate loyalty. It should be viewed together with the government's reluctance to register political parties (like the Belarusian Christian Democracy) or repressions against free press in Belarus – and not along with nationalistic tensions between certain parties in Poland and Ukraine or the Republic of Lithuania. Read stories by Belorusskie Novosti, Gazeta.pl (in Polish) and TVP (in Polish). See also a background story by Deutsche Welle Russian edition 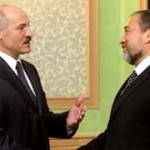