The president has ordered all officials... 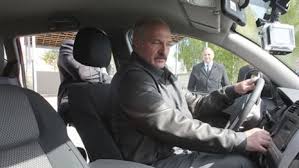 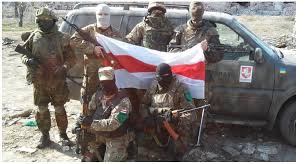 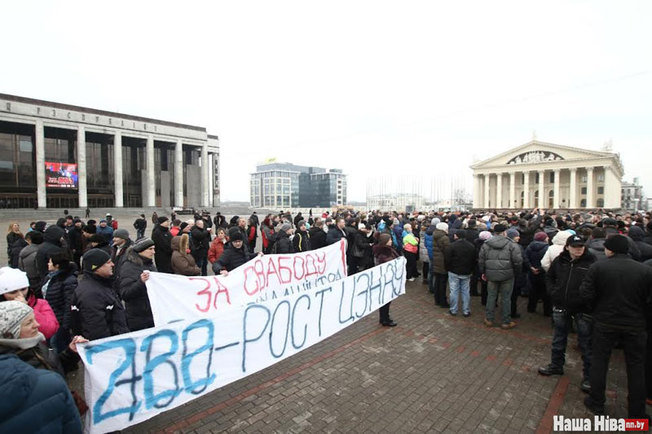 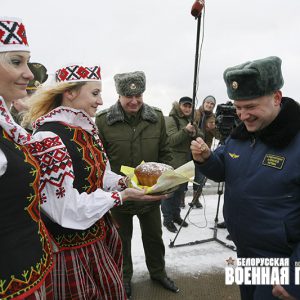 On 6 April Moscow declared that the agreement on establishment of a Single Air Defence System of Belarus and Russia had been implemented.

That announcement downplayed the contradictory situation around military cooperation between the two countries and the question of Belarus' international balancing.

First, the air defence agreement itself brings little new. It mostly formalises already ongoing cooperation between Russian and Belarusian militaries. Secondly, on 8 April Belarusian Foreign Minister UladzimirMakei confirmed that the issue of a Russian airbase in Belarus was 'closed'.

Last but not least, on 3 April, chief editor of the main media outlet of the Belarusian government Pavel Yakubovich called the visit of a US Defence Department official to Minsk “the event of the week”.

That is, Minsk is continuing its attempts to avoid being squeezed between Russia and its opponents. Hence, it is developing relations with all and is avoiding siding with anybody.

On 6 April, Deputy Commander of the Russian Aerospace Force Pavel Kurachenko announced that the implementation of the 2009 agreement on a single air defence system with Belarus had been completed. Its implementation after seven years of bargaining provides mostly for the continuation of existing arrangements in air defence.

Since 1995 Russia with little success has been trying to reconstruct a semblance of the Soviet air defence system, aimed at including most of the CIS countries in a collective mechanism. By the late 2000s the futility of most CIS-based collective projects in all fields became clear, as adopted decisions simply remained on paper. Moscow moved instead to work with every post-Soviet nation individually.

So the 2009 joint air defence bilateral agreement with Minsk came into being. The Russian media proudly proclaims today the establishment of a 'single system in Eastern European region'. However, only Belarus and Russia are participating in it.

What was the point of this agreement, which Moscow has been demanding from Minsk for years? Initially it looked like the new scheme would bring a part of the Belarusian army under Russian command. But Minsk held its ground and the single system of air defence will function under Belarusian command. The Kremlin also failed to establish a Russian airbase in Belarus as part of the single system. Technically, the situation remains very much the same, as the air defence units of the two countries already work together and will continue working together.

The Belarusian and Russian governments have avoided explaining what they will achieve by implementing the agreement. Indeed, the core elements of the single system have already been in place for years. For example, joint standby alert duty arrangements [sovmestnoe boevoe dezhurstvo] have been underway since 1996. The same is true for information exchange, joint training sessions and supplies of equipment.

No wonder that in 2009 Russia's official daily Rossiyskaya gazeta commented on the newly signed agreement in a restrained vein: "All these years the skies over our two countries were already guarded by joint efforts. Now the standby alert duty arrangement will gain legal status." Today, facing problems with the West and Eastern European nations, the Kremlin needs to demonstrate some achievements elsewhere. And so it spins the Single system.

That Moscow does not take the Single system seriously follows also from the situation with equipment supplies. Responding to Minsk's stubbornness on military and other matters, Moscow denied Belarus modern fighter jets and granted it only obsolete second-hand S-300P surface-to-air missile systems. Crying crocodile tears, Moscow-based daily Nezavisimaya gazeta lamented, “Still we cannot say that [after implementation of the agreement on the Single system] all tasks with regards to efficient air defence of the Union State [of Belarus and Russia] will be fulfilled.”

Against this backdrop one thing is clear. By further formalising their relations in the air defence field Minsk and Moscow are moving further away from the baseline of Belarus-Russian relations of the 1990s, a situation in which the Belarusian and Russian militaries were effectively one body, like the Soviet army. No clear borders or differences existed, and officers easily switched between the two armies.

As a result, establishment of the Single air defence system is not a step forward in integration but rather the transformation of the last remnants of messy post-Soviet military structures into a clear bilateral intergovernmental mechanism.

The latest developments in Belarus-US relations also indicate that establishment of the Single air defence system does not amount to some radical decision by Minsk to move closer to Russia.

On 28 March the US embassy revealed that last December a delegation from the Belarusian ministry of defence visited Washington. After ten years in which Minsk had no cooperation with the US on military issues, the Belarusian government is looking for an opportunity to resume contact.

Carpenter's visit was greeted by loud condemnation in the Russian media. The chauvinist Regnum news agency asked “Does he wish to tease Russia or is this the early signs of treason?” But even moderate news agency Lenta.ru exclaimed:

The visit of a Pentagon representative to Belarus is only a link in a chain of political games around Belarus and its relations with Russia. […] the Belarusian leadership is already on the verge of losing control over the situation. The Belarusian Foreign Ministry and President had gone too far and that is also evident from the fact that Minsk kindly embraced Carpenter effectively by spitting on Moscow.

On 8 April, Belarusian Foreign minister Makei responded to this criticism, pointing out that Minsk simply wants to have a normal dialogue with the West and, for example, to discuss with the EU and NATO their military activities on the western borders of Belarus.

Minsk is doing everything possible to avoid being squeezed between the increasing military activities of both NATO and Russia. In these circumstances its attempts to find a new channel of communication with the West, particularly in the security sphere, reflects survival logic.

At the same time, the Belarusian government realises the risks of ignoring the security needs of Russia which the Kremlin perceives as vital, such as the air defence of Moscow. Minsk provides for these needs, yet defends concurrently its own sovereignty, interests and neutrality as far as possible.